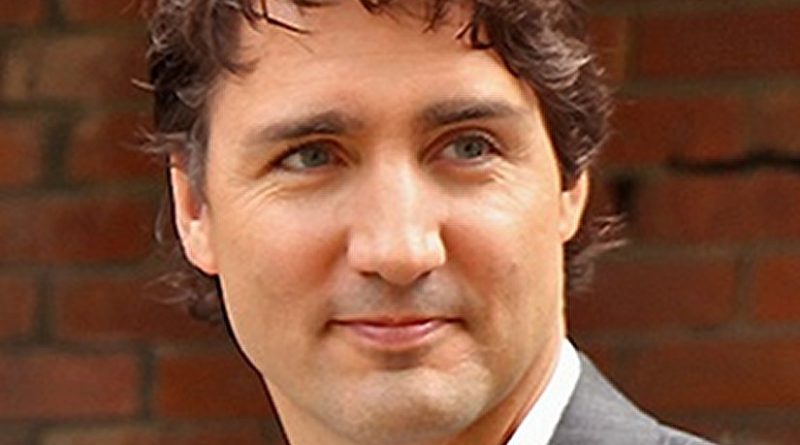 Diversity is Canada’s greatest source of strength and is propelling the country into a bright and prosperous future. This was the message delivered by Canadian Prime Minister Justin Trudeau to participants at the World Economic Forum Annual Meeting 2016 on the transformations driven by the Fourth Industrial Revolution.

Trudeau recounted the accomplishments of the first three industrial revolutions but warned that “new technology is always dazzling, but it needs to serve the cause of human progress.” He pointed out that technology will not determine our future, but “our choices and leadership” will. “I believe in positive and ambitious leadership,” he said. “The Fourth Industrial Revolution will not be successful unless it creates opportunities for the billions who are unable to be here today.”

Added the prime minister: “In Canada, we get this. We need societies that recognize diversity as a source of strength and not of weakness.” He called on governments to support the private sector and pointed to Silicon Valley as a model of creativity. “When diverse ways of seeing and thinking come together, they spark creativity. Diversity is something leaders can do much about,” he said.

When the first Syrian refugee families arrived in Toronto, Trudeau said he welcomed them as new Canadians and as the future of the Canadian economy. “Diversity is the engine of investment; it generates creativity and enriches the world. We know this in Canada,” he added.

The prime minister noted that people respond to a positive and inclusive vision of society. “The result is creativity that enriches Canada and the world. It makes me profoundly optimistic and confident.” Trudeau’s predecessor, Stephen Harper, wanted Canada to be known for its resources. “I want you to know Canadians for our resourcefulness,” Trudeau said. “We have a diverse and outstandingly creative population, great education and infrastructure, social and financial stability and a government [willing] to invest in the future. We have remarkable confidence. We believe in progress and we are willing to work hard to get there,” he said.

A very upbeat Trudeau dispelled the negative views of some. “Some people say it is impossible to change inequality. Others insist that climate change is a lost cause; they maintain that catastrophe is unavoidable unless we give up economic growth. Some maintain that people of different cultures and languages cannot live together and that diversity is dangerous. I don’t believe in this,” he said.

The prime minister maintained that it is possible to fight climate change without sacrificing growth and prosperity and that it is possible to foster a shared identity and shared values in safe, stable communities that work. “The one thing certain about the next industrial revolution is that it will bring enormous change. If you are looking for a country that has diversity, resilience and confidence, there’s never been a better time to look to Canada,” he said.

Turning to Canada’s economy, the prime minister maintained that Canadians believe that the economy and the environment go together. “We are a resource-based economy and we believe this is a huge opportunity for us. The world needs to do both,” he said.

During his election campaign, Trudeau and his team made a strategic decision to present a positive vision: “We decided that, by presenting a positive vision, not only would we be able to get elected, we would have a strong and inclusive mandate to provide a government for Canadians. We wanted to bring forward what Canadians want to be, rather than what we are afraid of.”

Trudeau noted that it’s easy to get elected by playing up to divisions and negativity. “Once you get elected through dividing people, it become hard to govern,” he said. “The primary responsibility of any government is to keep its citizens safe, but also to keep them free and true to our values. Getting this balance right in a responsible way is what people are looking for.”

Responding to the many global challenges that abound, Trudeau said he remains “tremendously” optimistic. “There are huge challenges out there. But the Fourth Industrial Revolution has tremendous benefits for humanity. What is important is how we choose to invest and adapt … to take advantage of opportunities and leverage new ways of success,” he said.

The prime minister noted that some politicians choose the path of cuts and austerity, but that he believes in the opposite. “We need to invest in our people, our infrastructure and education so our citizens can be full participators in the global economy.” It is important to have a government that understands that investing in new opportunities is about investing in the future, Trudeau concluded.