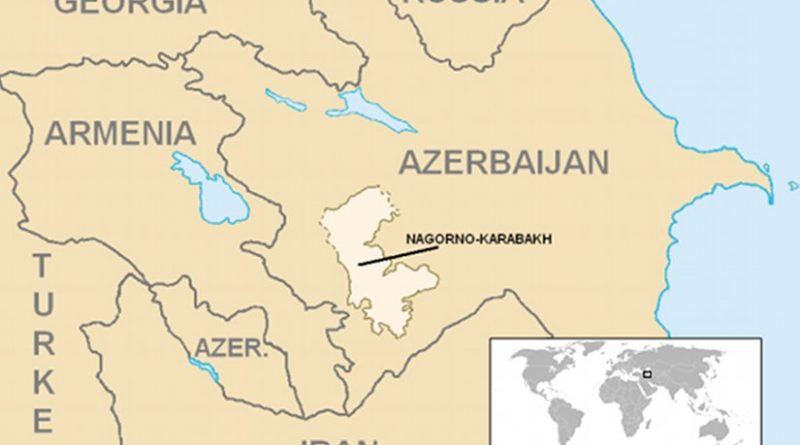 Although the OSCE Minsk group continues its efforts to bring the peace to the sides, Karabakh conflict has not been resolved yet, and the on-going clashes on the line of contact between NKR and Azerbaijani forces, create an impression of the “low-intensity war” in the region.

The official statements and the official texts of the resolutions outline historical injustice happened with Nagorno-Karabakh Republic, NKR’s statehood, as well as the existence of the democratic institutions there. Besides, the state representatives argue that the key reason of the NKR recognition lies in NKR’s people’s right to self-determination and independence. For that purpose the resolutions recall the NKR’s declaration of independence of 1992, as well the freely elected parliament and president. Some of the resolutions (Massachusetts, Louisiana, California and Georgia) are bringing more attention to the NKR’s elections. For example, the recent recognition resolution by the Georgia State House says that ”international observers have assessed the May 3, 2015, Parliamentary Elections in the Nagorno-Karabakh Republic as free and transparent”.

The role of Armenian Communities of the US and Australia in the adoption process of the resolutions should also be mentioned. Interestingly enough, in some states where pro-Armenian resolutions were passed there is not such a big Armenian Community (for example in the capital of Louisiana, Baton Rouge, according to the representative of the community, only 28 Armenian families live).

The political implications of them may cover a large scope. First of all, these sub-state recognitions can be deemed as interesting phenomenon in the international system, since by these recognition resolutions the state legislative bodies are adopting their own foreign policy vector with the Nagorno-Karabakh Republic. Thus, it is showing the fact that some state entities do not agree with the foreign policy course of their federal governments towards Nagorno-Karabakh Republic.

In some cases, the recognition resulted in the increase of the number of the visits of the particular sub-state’s delegation to Nagorno-Karabakh Republic and vice versa. These bilateral visits were covered by international media which contributed to the raising of the overall awareness on Nagorno-Karabakh Republic. In addition, the resolutions also sent a message to all sides in this conflict that some US and Australian states, cities, and counties that have passed resolutions, are all paying attention to this conflict.

In parallel to the recognition of the NKR by Australian and US states the number of the twin-cities between the cities of the NKR and other sovereign states was increasing, which also entailed a number of bilateral agreements signed between the municipalities of those cities. For example, when the NKR Foreign minister went to Basque Country in September, 2014, he met with a number of Basque high officials including the president of Basque Parliament.

Furthermore, the meetings were followed by the signing agreements on development of joint programs and cooperation between Nagorno-Karabakh Republic and Basque city San Sebastian. This type of “city diplomacy” boosts the economic, cultural as well as political ties between twin cities by providing a room for cooperation.

These US and Australian states’ recognition sends a political message to the Federal Government that the supporting an independent and democratic Nagorno-Karabakh Republic should become an official federal policy. This is the “bottom-up” function of these resolutions. The major idea of this possible function is that occasionally, the federal policies both in Australia and in the US began to change at a state level. For instance, US federal policies towards injustice of Apartheid in South Africa, or on the disinvestment of Iran were initiated at the state level and were due to the resolutions passed by the Californian as well as other states’ Legislatures. Thus, when the world’s eighth-largest economy (State of California, US) recognizes NKR independence, it sends a significant signal not only to the US but also to the other countries that Nagorno-Karabakh Republic’s people deserve to live in a recognized state.

The investigation of the potential economic implications of the recognition resolutions passed by Australian and US sub-states is still in process. These recognition resolutions have launched of the dialogue on economic and trade cooperation, which also contributes to the increase of awareness on the NKR’s production potential. In some cases, investments at the individual level were carried out (Australian businessmen invested in Nagorno-Karabakh Republic’s tourism and agricultural sectors).

Due to the recognition resolutions adopted by US state of Georgia and by other US and Australian sub-states, the NKR recognition is not extraordinary issue anymore. Despite this, while the recognition of these sub-state entities does not imply direct security guarantees, by bringing more international attention to the conflict, it may have positive impact on the security in the region and on the final resolution of this long-lasting conflict.

The adoption of the recognition resolutions by the US and Australian sub-states was the kickoff of the long chain of the possible prospects and opportunities for the both sides. The possible economic and trade implications and prospects, which may be derived from these recognition resolution by the US and Australian sub-states should not be underestimated. In the official rhetoric of the NKR’s authorities it is often mentioned that one of the objectives of the NKR is to become export-oriented state. In addition, the NKR Foreign Minister puts an emphasis on the fact that there is significant demand in the organic agricultural products of the Nagorno-Karabakh Republic in different developed states. Thus, it would be no exaggeration to argue that the NKR’s economy would highly benefit from having access to Californian market and holding trade relations with this world’s 8th economy (California), which has recognized its independence. It seems that the only challenge, which the NKR producers must overcome, is providing high-quality products.

Besides, these resolutions may create sound ground for attracting foreign investments in the NKR. The crux of the matter is that the new trade and investment agreements can be achieved mostly from the bilateral meetings and since these recognition resolutions have increased the number and the scopes of these visits, the potential of foreign investments has likewise increased. The bilateral visits are also the fundamental prerequisites for moving on from the “resolution mode” and for exploring all the possible avenues, which this sub-state recognition entails.

Edita Ghazaryan has comprehensive background in research on international affairs and political science, reinforced by an extensive academic training and a multifaceted skill set, including program monitoring and evaluation, editing, and trilingual fluency (Armenian/English/Russian). Proficiency in conducting policy and market research. Currently works at Breavis Research and Communications Company as Data Collection Officer. Has a number of published articles in international journals.

3 thoughts on “Nagorno-Karabakh Republic On Way To International Recognition: US State Of Georgia Recognizes NKR’s Independence”