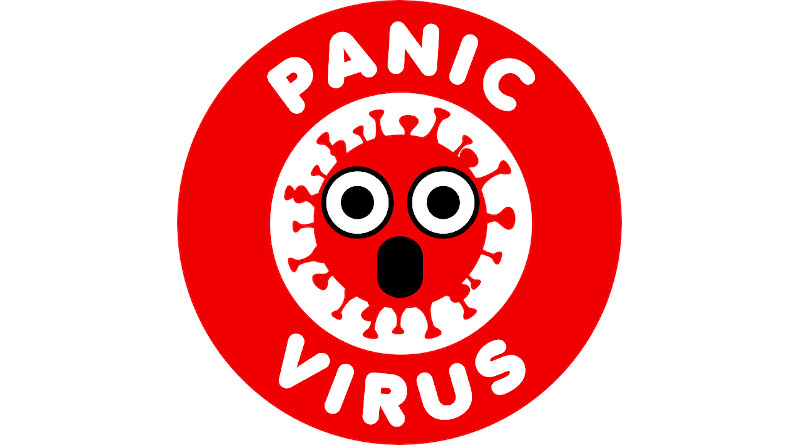 “Trust the state. Do what they say. They’ve never lied to us before, have they?” – Daniel McAdams, Ron Paul Institute for Peace and Prosperity

Central bankers are washing their hands too

Looking at the carnage that stock markets have suffered, it’s not surprising to see central banks jumping in to save the day. It’s even less surprising to see them all deploy the very same remedies that have long stopped working, only in astronomically higher doses. Of course, rate cutting and massive money printing might have never done anything for the ordinary citizen, but it’s a strategy that was known to make stock markets happy. Until now, that is. Because this time, not even the Fed bringing back ZIRP was enough to stop the plunge. Perhaps even mainstream investors and speculators finally realized that central bankers can do nothing against an actual economic disaster; all they’re good for is blowing up asset bubbles.

Nevertheless, even though all major central banks failed to reassure markets and to halt their relentless fall, they still managed to pass measures and policies that would have otherwise been widely criticized. A full-on return to massive QE and to zero rates was unthinkable a few weeks ago, even though most central bankers had already shifted to that direction, with smaller rate cuts, relatively modest asset purchases in the case of the ECB and regular but discreet repo injections in the case of the Fed. Put plainly, the coronavirus provided an excellent reason to accelerate what was in the works for months already. Almost overnight, every central bank on the face of the planet went back to the easing path and fired up the printing press.

Central bankers all over the world are now echoing Mario Draghi’s infamous “whatever it takes” line, trying to reassure investors, banks and the public that they will handle the fallout from the coronavirus crisis. Of course, as their credibility lies shattered, it is no surprise that no one is really convinced. Their existing tools and their “ammunition” are all by now spent and inefficient, so trying more of the same is unlikely to work. That leaves them with an increasingly talked about scenario, that is to expand their toolkit. Given the scale of the economic destruction and, more importantly, of the panic that is sweeping through the markets and the institutions, we could see significant efforts towards a wider remit, an extension of central bank authority and a capacity to go outside their old policy confines. In this case, we can expect to see new and even more aggressive policy experiments.

In fact, we’re seeing significant moves toward that direction already. Helicopter money is now being openly and seriously discussed as a policy option. In late February, Hong Kong’s government already directly transferred over $1,200 to every adult citizen. Even Larry Kudlow, the economic advisor to President Trump said in an interview on Fox News that helicopter money is under consideration.

Of course, one doesn’t need to be an economist to see the catastrophic potential of these policies. However, in this climate of widespread terror, all criticism over systemic and irreversible damage is shut down, as the focus is instead fixed on short-term “solutions” and on whatever measure promises to deliver even the slightest relief instantly, no matter the cost and the consequences down the line.

For governments, the crisis also provided an avenue to exercise extraordinary powers, the likes of which we haven’t seen since WWII. We could debate for days the wisdom, the net benefits and the scientific merit behind the extreme measures that were passed in most of Europe and the rest of the world to combat the virus. We could compare and contrast the available research, the projected efficacy of the various shutdowns, from schools to small shops, and the various expert opinions and papers on the matter. Of course, in order to do that, we’d have to dig up these facts and figures ourselves, as in most cases, they were never provided to the public in their fullness before the new rules went into effect, as a justification of the governments’ actions.

However, what cannot be disputed is the swiftness and the scale of the measures and the degree of muscle flexing that governments displayed. Especially in Europe, entire nations were forced to a standstill within days, business were closed by executive decree and under pain of imprisonment, while civilians were ordered to isolate themselves in their own homes. In Spain, police drones are flying over empty streets to ensure compliance to the new rules. In France, citizens cannot leave their homes without a special form they must fill out stating their reason for going out. In Greece, a country with a total of 5 deaths since the onset of the disease, there have been 143 arrests for non-compliance with the new rules within 5 days of their enforcement.

Whether one agrees that these steps are needed to protect public health or believes them to be overreactions is entirely beside the point. The fact remains that such restrictions on free movement and the suspension of basic rights are unheard of during peacetime and the ease and speed with which they came to pass should at least make us stop and think.

None of this is meant to be construed as an offhand dismissal of the risks of the disease. It is not an encouragement to behave irresponsibly and to act against common sense, nor do I think that any number of deaths, no matter how low, is ever to be considered as “insignificant”.  However, I do feel that the health risks resulting from this virus, considerable as they may be, are of a temporary nature. By contrast, the risks resulting from the governments’ reaction to it are likely to last much longer and take a much higher toll down the line, and not just from the vulnerable groups, but from all of us.

It therefore worth pondering, if there really is such a thing as a delicate balance to be struck between liberty and security. History has taught us that “emergency” powers and “temporary” measures tend to stick around long after the crisis that gave birth to them has passed. We saw this with the PATRIOT Act, we saw it with the extraordinary monetary policies that central banks maintained for a decade after the 2008 crash. History has also taught us that trading liberty for safety is always a losing deal, and as Benjamin Franklin once observed, those who do, deserve neither.