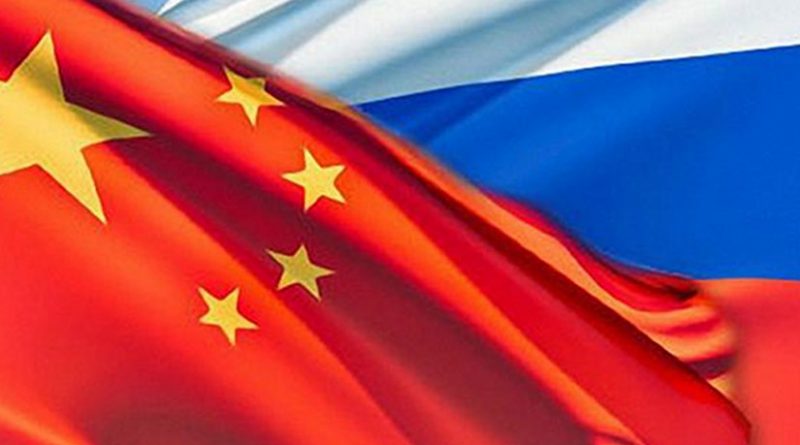 Statistics is a good thing: if the data is presented correctly, the numbers don’t lie. But if, for some reason, the data is presented incorrectly and there is nothing to compare it to, you won’t even notice the mistakes – the more comparable data we have, the easier it is to determine if someone is lying or not.

Recently, there has been an increasing number of news articles stating that the restrictions imposed upon citizens may soon be lifted. This is good news that inspired me to do some research concerning the situation with COVID-19 around the world, including our closest neighbors.

To understand the extent of the crisis and whether the hardest part is already over or just yet to come, I made a simple table that includes the largest countries and those countries that were most talked about, and of course our neighboring states. I am fully aware that the spread of the infection is determined by numerous factors, starting with population density, quality of life, capabilities of the healthcare system, social norms and specific restriction and the timeliness of them being imposed.

Therefore, it is impossible to provide completely accurate numbers, but the trend and some approximations can most certainly be made. The most crucial takeaway from this is that we can see which countries truthfully reported about the number of infections and deaths, and which countries tried to cover something up. Why cover something up? It is a good question, and I think you will agree that some nations want to pretend that they are better that they in reality are.

First, I spent a lot of time thinking what data to include so we can do an analysis and draw some conclusions. I decided to group the data in two – direct and subordinate data. In the direct data section, I included the total number of citizens in a country, the number of days the infection has been spreading and information published about the number of infections and those who have died from it.

We can only compare data which has been published. It is also true that the accuracy of the data is somewhat questionable because each country has chosen different methods of testing. There are nations that only test those who are showing the appropriate symptoms of the disease, but there are also nations who decided to test particular groups, or even attempting to test everyone. Wider tests made, for instance, in Iceland have shown that more than a half of those tested positive for the virus were asymptomatic or showed very light symptoms.1 Therefore, we can conclude that the real number of infected people is probably much higher.

In order for us to be able to objectively compare countries, I gathered the necessary data from a single source. The data represents the situation on the 14th of April. In the “Number of days” section I included the number of days that have passed since the first case of the infection was confirmed until 14 April 2020. In “Population density” I decided to simply show the population density rankings: a lower number means a higher population density. What concerns “Quality of life”, the smaller the number the higher the quality of life in that country is. The “HAQ index” is an assessment of the quality and availability of healthcare in a particular country ­– again, the smaller the number the better the country ranks globally. I should note that HAQ data were available only for 2016, but there is no reason to believe that much changes have happened since then that would affect the ranking.

When reviewing any kind of comparable statistical data, the first thing that you notice is certain anomalies. If we look at the proportion of infected, only two countries have a figure of 0.01%. This is particularly odd for China, which is ranked 78th by population density and is the country where all of this began. With this I mean that they required certain time to figure out what is going on and how to fight it.

In countries where the number of days is between 70 and 83, with the exclusion of Russia, the proportion of infected stands between 0.2% and 0.37%. We should note that the virus was initially a “mystery” and any restrictions only came much later when compared to countries that identified the virus only recently, for instance, Estonia, Lithuania and Latvia.

It is shortsighted to draw conclusions based on a single source, so I looked at other information that would confirm of disprove my assumption.
Unfortunately, my assumption is backed by other sources as well. Mobile and regular telephone use in China is widespread. I will add that all phone users in China are required to register, i.e. you can only use a phone if you are registered. According to phone user data for 19 March 2020, the number of mobile phone users decreased from 1,600957 billion to 1,579927 billion (the number of users has decreased by 2,001,030), while the number of regular phone users decreased from 190,83 million to 189,99 million, which is a drop by 840,000.9

I will not jump to the conclusion that this is because these phone users are either dead or hospitalized, because a lot of people lost their jobs and are simply unable to pay for their phones. But such a decrease in the number of phone users makes me wonder.

Regarding the death rate, already on 29 March we could read that trucks were seen bringing 2,500 urns to a burial service company, as reported by the Chinese agency Caixin. In another picture published by Caixin, some 3,500 urns can be seen placed on the floor in some building.10 Other sources too reported that the number of deaths in China is several thousands. If previously crematories operated four hours a day and five days a week, then this changed to 24/7. Therefore, China’s official number of 3,346 deaths is not true. Unless, of course, two burial service companies in only two cities received a total of 6,000 urns, and that was it.
Data from different sources and our analysis confirm that the data provided by China is outrageously untrue.

We can then use the algorithm for the number of infected to look at Russia as well, where the disease has been active for 74 days. The number of days is the same for Italy and Spain, but these countries have a much greater HAQ index and quality of life than Russia does. Russia, however, has a lower population density (excluding the large cities) than Spain and Italy. But if over the course of 74 days there the proportion of infected in Italy and Spain is 0.27% and 0.37% respectively, then in Russia this should be at least 0.25%.

Considering this, we can conclude that on 14 April Russia had 367,193 people infected with COVID-19 with 2,974 deaths. It is no secret that hospitals in Russia, particularly in Moscow, are unable to handle the crisis. Information has appeared in media outlets and social networks saying that large lines of emergency vehicles are forming as they wait for the patients to be admitted to hospitals.11 We also cannot ignore the fact that in this period Russia saw a rapid increase in cases of pneumonia.12

I will add that the data used in the proportion of deaths in China and Russia were provided by these countries themselves, and these turned out to be lies. For this reason, we cannot rule out the number of deaths being even higher. If the proportion in China is similar to that of the US, then in Russia this figure is quite small when compared to other countries, considering its low HAQ index and quality of life.

It would also be beneficial to analyze data concerning the number of those who have recovered from the virus, but here we are faced with a crucial problem. If all countries share the approach of determining whether a person is infected or not, the same cannot be said about the exact moment when an infected person becomes officially recovered from the virus. For example, in Latvia a person is considered recovered if two tests carried out after a set amount of time are negative.13

Some may ask ­– so what if some countries provide untrue data? Why do we care?

On one hand, we indeed do not care, and we can only feel sorry for those who will not receive timely or sufficient help. From the other hand, the COVID-19 pandemic does not care for borders. We will not quickly and effectively beat the infection if, for instance, one country is fully aware of the situation and reacts accordingly, but its neighbor doesn’t do the same. We will not combat any infections this way. And in this case: if we are completely certain that some countries are not being truthful, shouldn’t we believe that the same attitude will come out of these countries in other circumstances as well?

Ironical, but Russia and China do share some trends: