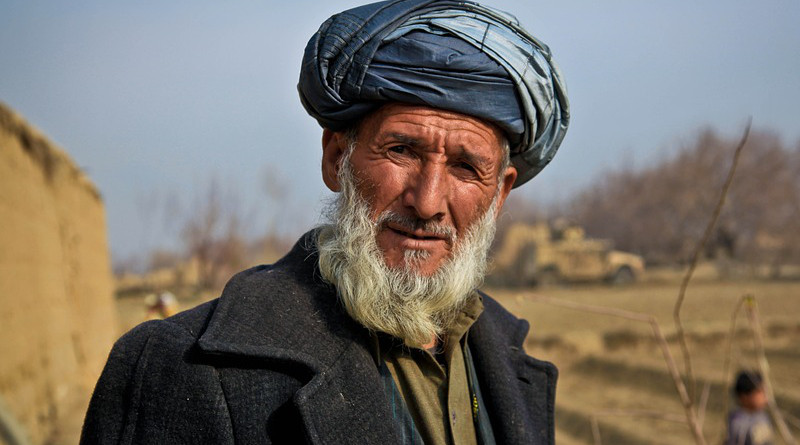 In the years 2009 – 2011, the implementation of the Helmand Food Zone (HFZ) led to a significant drop in the opium poppy cultivation in Helmand province. During its implementation, 37 percent decrease in opium poppy cultivation- from an estimated 103,590 hectares in 2008 to 69,833 hectares in 2009 was seen. Apart from the reduction, it attributed to improving governance and improving human welfare. The two main reasons for the effective implementation of the HFZ were the presence of a strong governor and the fear that the population had of their poppy crops might be destroyed especially when the alternative of wheat was provided for the farmers.

However, the negative consequences of the HFZ did not take long to reveal. Switching from opium poppy to wheat cultivation, which is known as a less labor-intensive crop, took jobs from the farmers who were working on other’s land or farmers who had rented land. People who didn’t have land and lost their jobs had to move to the desert area to grow crop in their own land. Moreover, after the departure of international military forces in 2014, the Afghan National Defense and Security Forces (ANDSF) lost control over large tracts of rural Helmand, the poppy cultivation had a significant rise, and the amount was higher than before.

This paper talks about the creation and implementation of the HFZ and the consequences that it had after the HFZ. It also highlights the different actors involved in its implementation and the challenges of delivery. At the time, the HFZ was known as a great success but the consequences of the HFZ were that poppy cultivation increased at a higher level than before. It also evaluates the narrative of success that dominated the discourse on Helmand at the time and what actually happened on the ground, both inside and outside of the programme boundaries. The study concludes that the HFZ program instead of controlling the opium poppy cultivation; it helped in extending the land area for poppy cultivation than ever before. This was found by the UNODC, estimating that in 2017 the opium poppy cultivation rose to 144,000 hectares showing a 29% increase.

This research included an in-depth fieldwork and high-resolution satellite imagery that was collected before, during and after the implementation of the HFZ. The research was conducted in different districts and included interviews with 4,122 households, included but not limited to people who were digging the wells, working in the desert, and selling the solar panels.

Methodology for this paper consisted of 4 sections. First was the site selection to make sure that different population groups were covered from the socio-economic point of view. Second part included fieldwork activity and interviewing people during the planting and/ or harvesting season of opium. Third part was comprised of high-resolution, remote sensing imagery to help in detailed conversation and measurement of local phenomena. Finally the fourth section covered conducting interviews with policymakers and practitioners involved in policy and operational decisions in Helmand.

What Is The HFZ?

The concept of the HFZ came up from two international advisers one working in governor Mangal’s office and one in Provincial Reconstruction Team (PRT), the concept of the project which was based on the “successful models of counternarcotics that were developed and implemented in Nangarhar and Laghman”. The concept was accepted by governor Mangal and was shared with the PRT, labeled as “the Governor’s plan”. At the time, the British government (also had the lead in the PRT and the G8 lead on counternarcotics) was looking forward to taking action towards counter-narcotics, and subsequently the concept of the project was accepted and implemented in Helmand. It was the time when Helmand was growing 50 percent of the total Afghan opium poppy crop in any given year, this led the UK to take a more aggressive position on opium production.

The HFZ had three initiatives; the first stage was sufficient coercion. The second stage was to give them an agricultural input of another less lucrative crop, wheat, and fertilizers. The third part was the law enforcement and eradication campaign that started in spring.

Meanwhile, growing wheat, which had widely different input requirements, particularly much lower labor intensity, caused the tenant farmers or sharecroppers to lose jobs and remain without land. Therefore, these farmers found themselves without land, water, credit and shelter. They had little choice but to move to the former desert areas and cultivate opium poppy and were encouraged to grow the even greater amount of poppy by more unfavorable land tenure arrangements with the faint prospect that they, too, might be able to buy some desert land if only they had “a good year.” The land-poor were typically paid one-third of the final opium crop in the canal-irrigated areas of Nad e Ali, Marjah and Lashkar Gah, whereas, they received only one-fifth of the crop in the former desert areas. As a result, once in the former desert areas sharecropping households were compelled to cultivate more land with poppy just to maintain the same standard of living as they had in the HFZ.

It was allegations of corruption that dominated local perceptions of the HFZ. It was a common belief that agricultural input provision (and eradication conducted under its name) favored the governor, the rural elite and their patronage network. A vibrant black market in wheat seed and fertilizer developed in Lashkar Gah where inputs destined for farmers were sold by village elders and provincial officials. While some senior Afghan officials were arrested and imprisoned for their actions, these cases were viewed locally as the tip of the iceberg. Governor Mangal’s reliance on donor patronage from funds to transport and logistics – and his pursuit of an opium ban regardless of the impact on rural lives and livelihoods – increased the perception among farmers that he did not act in the interests of the local population, but further allegations of corruption focused on the quality of seed distributed and the claims that the quality seed purchased by the PRT and intended for the farmers was replaced.

Without targeted assistance and with less land available for sharecropping or lease within the canal irrigated areas of the HFZ, the land-poor moved to the area north of the Boghra canal in search of land they could cultivate (the following figure). Those who owned land in this area were responsive to this inflow of cheap and relatively skilled labor. At this point, much of the land north of the Boghra canal had been already captured and distributed through gifting or by sale at a rather nominal price, yet significant amounts of remaining idle. The HFZ helped create a bountiful supply of labor in need of land and a viable income creating the conditions for greater amounts of poppy to be grown.

The population in the area north of the Boghra was already increasing prior to the HFZ. However, the program set in place a number of factors that not only led to an increasing rate of settlement of the former desert areas but larger parts of the area being brought under agriculture and into more intensive opium production. By 2018, there were as many as 600,000 people living on almost 60,000 hectares of agricultural land, whereas in 2002, less than 10,000 people occupied 882 hectares. It is believed that the HFZ had a role in Helmand becoming one of the largest poppy cultivation areas.

Beyond the environs of Lashkar Gah, these opportunities were less frequent and the incomes earned were lower. Also, the same exposure to the kind of physical and social infrastructure that those nearer the city could take advantage of and improve their quality of life does not exist. Furthermore, Lashkar Gah tended to be described in the context of geographic and cultural distance in many of the discussions with farmers in these areas, even for those populations living only 10 kilometers away; it is a place where the population talks of tribal elders, maliks, and even the ANDSF “escaping to” or where officials “hide.” It is somewhere that family members go to receive treatment when they have an illness to or wealthier households send their children to for further and higher education. The sense of distance between farmers in districts like Marjah, Nad e Ali and Nahre Serah and the government and its values further widened.

The state presence not only comes from eradication but it comes with school, health centers and other livelihood facilities. However, in Helmand after eradication, the forces disappear providing no infrastructure for inhabitants.

One of the major challenges of the HFZ was the fact that during its implementation only one crop was introduced to replace a cash crop (poppy) to the food crop (wheat). However, implementation of the HFZ should have been seen as a broader livelihood not a single crop within that livelihood. When there are other job opportunities with a high salary and the infrastructure is good then people get interested in other options.

The information and views set out in this publication are those of the author and do not necessarily reflect the official opinion of AREU and EU.

*About the author: Shahlla Matin

Source: This article was published by AREU.org (PDF).

Home » The Helmand Food Zone: The Illusion Of Success – Analysis

The Afghanistan Research and Evaluation Unit (AREU) is a Kabul-based independent research think tank established in 2002 with the assistance of the international community in Afghanistan. AREU’s mission is to inform policy and practice by conducting high-quality, evidence-based research and actively disseminating the results, and to promote a culture of research and learning.