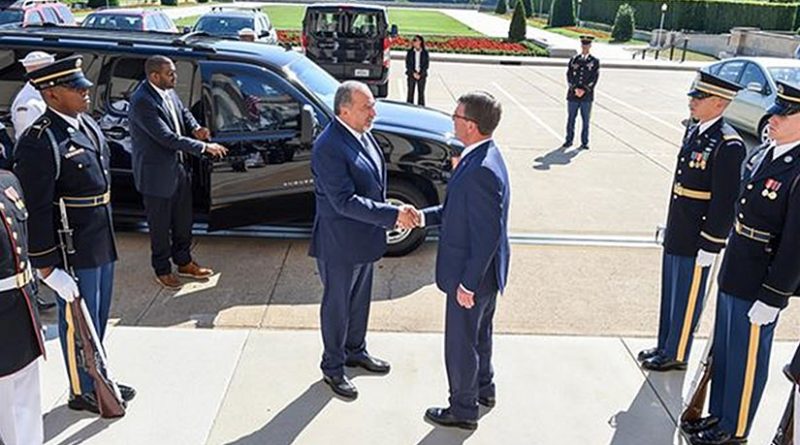 During a bilateral meeting at the Pentagon on Monday, Defense Secretary Ash Carter and Israeli Minister of Defense Avigdor Lieberman reaffirmed the strength of the US-Israeli defense relationship, Pentagon Press Secretary Peter Cook said in a statement.

The two leaders also discussed regional security challenges in the Middle East and areas of mutual defense cooperation, he said.

During Lieberman’s visit to the United States, Cook said, he will also travel to Fort Worth, Texas, for a ceremony as the first F-35 Lightning II Joint Strike Fighter aircraft destined for Israel rolls off the production line.

Israel will be the first U.S. partner to receive the F-35, which will play a key role in maintaining Israel’s qualitative military edge in the Middle East, the press secretary said.