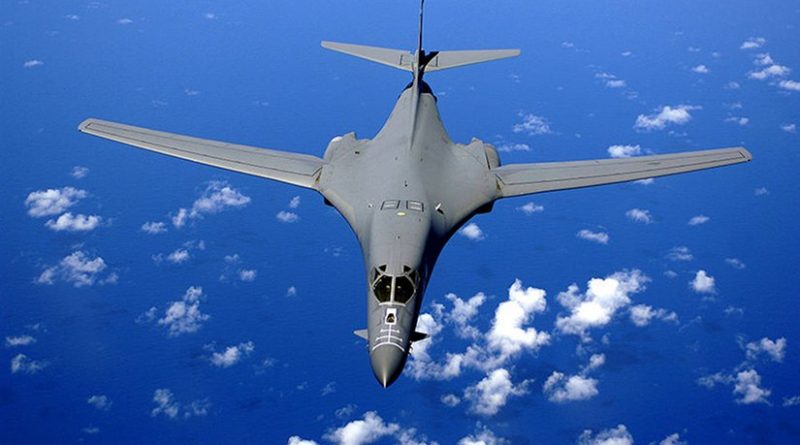 The United States flew two supersonic bombers over the Korean Peninsula on Tuesday, June 20 in a show of force against North Korea, South Korean officials said, according to the Associated Press.

The U.S. often sends powerful warplanes in times of heightened animosities with North Korea, and flew B-1B bombers several times this year as the North conducted a series of banned ballistic missile tests.

Tuesday’s flights by B-1Bs came shortly after the death of a U.S. college student who was recently released by North Korea in a coma following more than 17 months of captivity.

The U.S. military said the bombers conducted two separate drills with the Japanese and South Korean air forces. It said the flights demonstrated solidarity among South Korea, Japan and the United States “to defend against provocative and destabilizing actions in the Pacific theater.”

The United States stations tens of thousands of troops in South Korea and Japan.

The family of American college student Otto Warmbier said the 22-year-old died Monday, days after his release from North Korea. Analysts say his death will likely cast a shadow on relations between the U.S. and North Korea and compound efforts by South Korea’s new liberal president, Moon Jae-in, to improve ties with the North.

Moon said in an interview with CBS television broadcast Tuesday that Warmbier’s death showed “we must now have the perception that North Korea is an irrational regime,” but that talks are still necessary because “we were unable to resolve the North Korean nuclear issue through only the sanctions and pressure.”
– See more at: http://www.panarmenian.net/eng/news/242452/#sthash.H7A7ezNd.dpuf