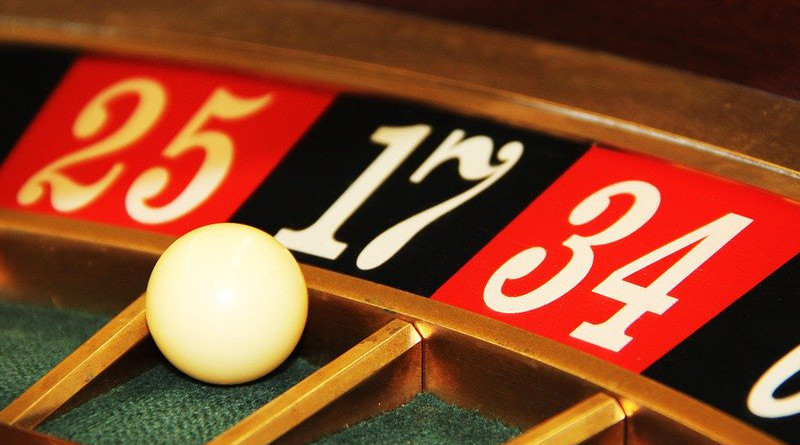 Many James Bond movies have a scene in a casino, with a croupier screaming “Les jeux sont faits” as he spins the roulette wheel. The result is always a win for Bond or an intentional loss. As the 2020 US presidential election is just around the corner, the geopolitical landscape in Syria resembles this scene, with Syria as the rolling ball and the result of the US election determining the winner. This year, it seems like the stakes are much higher than usual, not only in Syria but the Middle East as a whole.

The Iranian regime’s bet is clearly on a Nov. 3 loss for President Donald Trump and a successful Joe Biden-Kamala Harris ticket. The regime hopes that a Biden administration would resemble the Barack Obama years. It is betting on a change of administration and is looking to maximize its gains in Syria before November. In this scenario, the regime expects a return to the Joint Comprehensive Plan of Action (JCPOA) nuclear deal and a lifting of sanctions. Meanwhile, the Iranian strategy in Lebanon is also to solidify its position in the expectation that its oversight of the country will be made official if Biden is elected.

An Iranian win would see sanctions lifted through the reimplementation of the JCPOA, and with this not being linked to any other file. The regime has always been extremely focused on this point. This is probably the biggest difference between the Obama administration’s approach and that of Trump.

Obama reached the nuclear deal with the strategy and belief that it would help de-escalate tensions in the region and that, by bringing the Iranians to the table, they would subsequently be less aggressive, have a more constructive approach to regional relations, and would invest the amounts released through the lifting of sanctions into the Iranian economy, enhancing their citizens’ living conditions. Unfortunately, this did not happen. Even during the negotiations, which started in 2013, when Syria was in turmoil, the Iranian regime took an aggressive approach and expanded its position in Syria, spending more than $15 billion a year to keep Assad in power, while establishing Islamic Revolutionary Guard Corps bases and bringing fighters under the banner of Hezbollah.

As the Assad regime and the Iranians were committing massacres, the Obama administration — on the advice of European countries — did not intervene or try to stop Tehran’s advances out of fear that it would impact the nuclear deal negotiations. It did not want to derail the talks as, in its view, the JCPOA was the beginning of a broader solution to the instability in Syria and the wider Middle East.

Regrettably, even after the nuclear deal was reached, Iran did not feel encouraged to have a more positive and constructive approach to the region. Instead, it felt emboldened to grab further wins and increase its reprehensible activities by more openly supporting the Houthis, keeping Iraq under its thumb, and taking full control of Lebanon and Syria. It is also interesting to notice that, during the Obama years, as Iran was unable to face Daesh alone, Russia intervened in Syria. It is a fact, and not what the Iranian regime claims, but Vladimir Putin played the biggest role in defeating Daesh in Syria and keeping Assad in power.

When Trump took office in 2017, he decided to reverse this strategy. The current administration’s approach is simple: It will lift sanctions only if Iran changes course. It will only agree to a deal that not only covers the nuclear program, but also requires the Iranian regime to stop its sponsoring of militias such as Hezbollah, its missile program, and its general interference in the region. Only then would sanctions be lifted and the normalization of relations started. Trump has also taken strong actions in support of the Syrian people and against the Assad regime. The Caesar Act, which also targets the Lebanese allies of the Syrian regime, has been a positive move and will be difficult for any new president to repeal, unless circumstances change significantly.

Because of the coronavirus disease pandemic and the related slump in oil prices, Iran will not be able to continue on its current path for another four years of the Trump administration and its sanctions. Its only hope is to see Biden take immediate action in returning to the JCPOA. It seems that, for Iran, a Biden presidency would offer a historic window of opportunity for it to formalize and institutionalize its presence in Syria, Lebanon, Iraq and potentially Yemen.

Russia, on the other hand, appears less focused on the results of the US election, especially when it comes to the Syrian file. It has concentrated its strategy in Syria on rebalancing the Iranian influence and, more recently, dealing with the role of Turkey. Whether in Syria or Libya, Ankara is now clearly opposing Russian and European interests. A stronger player than Iran and Turkey, Russia has the capacity to deal with both scenarios and make the necessary adjustments and deals.

The real unknown is how the mooted China-Iran deal might impact the Syrian file, especially as the great power competition continues to surge. Most experts have given little importance to the deal in terms of challenging the US. There is little Iran can currently do for China and vice versa. What is interesting is that, as China is looking to expand its reach to the Mediterranean under its Belt and Road Initiative, will Iran sell or rent some of its influence in Syria or will it use this deal to balance the Russian role? Although a tough scenario, it will prove an interesting dynamic between great and middle powers. China would most probably deal with any party that is capable of delivering it access to the Mediterranean. Whether this will lead to a sharing process or an indirect confrontation, it is too early to determine.

Many questions are still unanswered and all the players are watching the ball roll in these final minutes before the US election. One would hope for a constructive US role that will champion the values of this country. What is needed is a balance between the hard approach of President George W. Bush and the appeasing one of Obama, with a consistent and sustained US role.

Home » Will Iran’s Luck Be In When US Election Result Is Announced? – OpEd