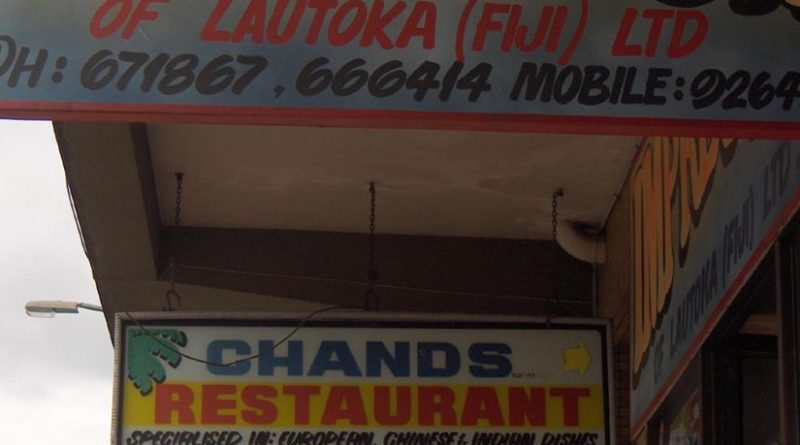 Workers in Fiji may enjoy a reputation as being super-friendly and bursting with positive vibes and good will. The reality though is that they have no rights.

The ruling military regime under Frank Bainimarama has recently issued a decree that effectively stamps out union activity and removes basic workers’ rights. Unions are required to apply for permits in order to hold meetings of members, which can take months to be approved. The permits require that the military sits in and observes meetings; taking notes and the details of those that attend. Permits can be revoked without notice allowing the regime to violently break-up meetings, especially those meetings it sees as a threat to its legitimacy and authority.

Reports are coming out of Fiji that union leaders and delegates are being physically threatened and intimidated. There are confirmed reports of union leaders being detained and beaten. In one case a union leader had to tell frightened hospital workers that he’d had an accident in the cane fields before they would treat him, despite having significant injuries including kidney damage.

Needless to say that the recent decree revoking basic workers’ rights must be of significant concern to the region as a nation takes drastic actions to curtail rights.

Unfortunately, Bainimarama’s regime maintains its regional legitimacy through successfully winning the control of a regional committee for Micronesian states. However the regime’s continued clamping down of human and workers’ rights only weakens the country’s ability to trade. While the regime may think it clever to entice foreign investment and businesses to open through smashing workers’ rights, it in fact signals an unstable political and business environment.

The issue has become of such concern internationally that the International Labor Organisation (ILO) sent a delegation to investigate the situation. The ILO’s delegation were witness to the reality for Fiji’s trade unions and members with Bainimarama’s regime withdrawing the permits for the Fiji Trade Union Congress (FTUC) to hold its annual general meeting. The regime went about breaking up the meeting while the ILO’s delegation was in attendance.

The issue is of rapidly growing concern to trade unions globally including in Australia, the UK and New Zealand. The International Trade Union Confederation (ITUC) is involved, working with its affiliates in the South Pacific and Australasia region to put pressure on Fiji’s military regime to restore human and workers’ rights.

The Australian Council of Trade Unions (ACTU) through its Your Rights at Work campaign platform has launched the Human Rights for Fiji campaign. The campaign is asking Australian unionists and supporters to tell Bainimarama to restore Fiji’s human and workers’ rights. The ACTU is working with its affiliates to organise rallies at Fiji’s High Commissions in Sydney and Canberra on September 2 in support of union leaders on trial for breaking the regime’s anti-union laws.

The Maritime Union of Australia (MUA), the Australian Workers Union, the CFMEU, the education unions and a range of other unions are active in the campaign. The MUA has established a Facebook page about the campaign and a Facebook event page for the rallies on September 2.

The New Zealand Council of Trade Unions (NZCTU) is also working with its affiliates to put pressure on the regime. This will become of some significance once the Rugby World Cup begins, especially as Fiji’s team includes members of the military. New Zealand will have the world’s focus for the World Cup, which presents an opportunity to highlight the worsening situation for Fiji’s workers to a global audience.

Within Fiji itself a blog, Coup Four And a Half, operating to expose the regime’s crack down on workers’ rights, provides details of the on-going harassment and intimidation of unionists and union leaders. It is reporting from the front lines in the campaign to restore human and workers’ rights in Fiji. They have a Facebook page you can like and share with friends and family.

Undoubtedly this will prove to be an even more dangerous time for Fiji’s union leaders, organisers and delegates as the regime attempts to prevent any sign of disunity should the international media’s glare focus on Fiji. And the regime’s nepotism and corruption will only help fuel growing resentment towards it, even among Fiji’s first peoples (of which the military is predominantly comprised).

What might be an idyllic holiday paradise for Australians, is in reality a nightmare for Fiji’s workers. Workers wake up knowing that any attempt to stand up for their basic rights is met with threats and intimidation. At least 50 per cent of workers live below the poverty line, including workers with full time employment.

They need our help putting pressure on Bainimarama’s military regime to restore human and workers’ rights.

Visit Human Rights for Fiji for campaign details; including details for the rallies and ways to help restore human and workers’ rights in Fiji. There are PDF downloads available and a banner for blogs and websites [PNG download] to show your support for the campaign.

Alex Schlotzer is a straight talker when it comes to politics and loves to vent his spleen. Actively involved in Australian and international politics with a keen understanding of the dynamics of the political machine, Alex has a prolific online presence and has been a cyber activist for over 15 years. Co- editor of theangle.org, he can also be found at his blog and his exciting online project Australian Politics TV

The Angle.org is an independent and progressive news site which offers news analysis, features and multimedia, committed to quality, independent reporting covering the Australasian/Pacific region. The online journal seeks to find middle ground between the immediacy and interactivity of online media and the tradition of balanced reporting.