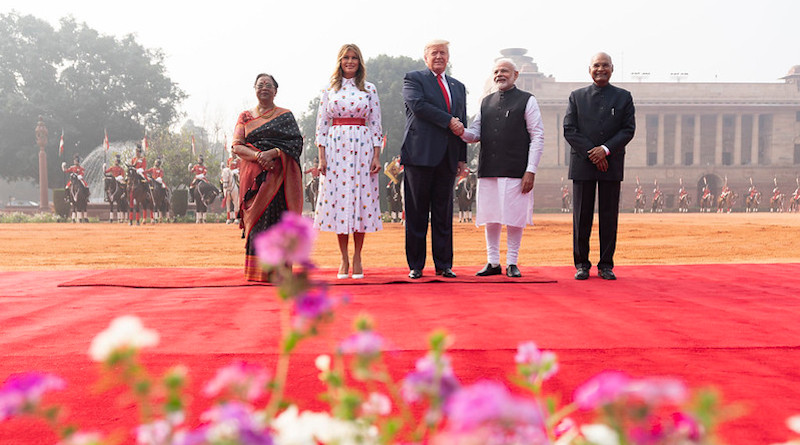 Today, the important question in the mind of the American voters is about the anti-China stance of Trump and whether his opponent Biden would  be able to match Trump in his anti China approach, if Biden were to become the President.

It is certainly a strong point for Trump and he is trying to use his anti-China policy as his trump card in his election campaign.

The opponents of Trump, who not only belong to Democratic party but also to section of US media and some activist groups ,are well aware of this and therefore ,their focus in the campaign against Trump is on various other issues such as the so called black-white conflict in USA, the catastrophic   COVID 19 where thousands of Americans have lost their lives and Trump’s rhetorics in twitter  and other meetings using abusive language against his critics which many Americans do not like and consider as repulsive.

Cartoons are not a few in social media portraying Trump in all sorts of manner and ridiculing him using bitter language. Further, there are  sections of Americans who believe that Trump should not have withdrawn USA from the Paris Climate Accord and  WHO

The plus points of Trump such as his peace initiatives in the Middle East  region, North Korea and slowly disengaging US troops from Iraq, Afghanistan have been noted by the people but nevertheless, the critics say that Trump should go.

If one would carefully analyse the policies and pronouncements of Trump during his four years of administration, it would become clear that he has lived up to his America First policy made during his earlier election campaign.

His move to curtail the flow of immigrants into the USA and ensure jobs for Americans is also part of his America First policy. .

All said and done, several opinion polls seem to indicate that Trump will not have the last laugh. In spite of the plus points of the Trump administration, it appears that the majority of the American voters would prefer a President who would be “civil” in using his tongue and in his utterances, particularly against the opponents and other countries and would not appoint or dismiss key functionaries without well explained logic and reasons.

While one should keep the fingers crossed about the winner in the US Presidential election, the fact is that no other past Presidents of the USA has attempted to curtail China in the way that Trump did. It is extremely doubtful whether Biden would be able to exhibit such a harsh policy towards China, particularly since he may be pressurized by the American investors in China and some trading houses in America benefited by Sino American trade. Certainly, China would be hoping against hope that Trump would be defeated and China’s race for global supremacy would remain unchallenged.

India is one country which has  long border with China and China has left no one in doubt that it would want India to be belittled and weak. All Chinese government policies so far have been towards meeting this end of subjugating India. China has a strong economy and military power, unlike India which is still in a stage of developing economy, with less affordability to spend in equipping and strengthening it’s military base to face China, in the way that China could do.

There is a big realization in India that India has to necessarily confront China and give up its policy of appeasing China. The public pressure on the Modi government to resist China is too strong now.

As the USA is the only country in the world now in a position to confront China economically and militarily, India desperately needs support from the USA to  face up to the pressure from China. The Modi government and Trump administration clearly know this.

But, it is  doubtful whether American voters who are tuned to the anti China policy would care about supporting the India policy of the US  government.

Unfortunately, the Democratic party candidate Biden has already criticized India for what he called as human rights violation by India in Kashmir. His Vice Presidential nominee appears to be more proud to call herself an African American rather than an Indian American, though she also talks about her Indian mother during the election campaign, probably to win the hearts of Indian origin Americans.

The ground reality today is that with greedy China as a neighbour with aggressive and expansionist ambition, India needs US support. If  Trump were to lose the election, it would be a loss for India and a gain for China, and that would make China breathe with ease.

If Trump were to be defeated in the election, it remains to be seen what sort of relationship that Biden, who has already criticized the so-called human rights violation in India, would adopt towards India.

What should concern the Modi government is that while American voters would favour anti-China policy, one can not be sure at this stage whether they would be equally  concerned about India’s problem and a pro-India policy.