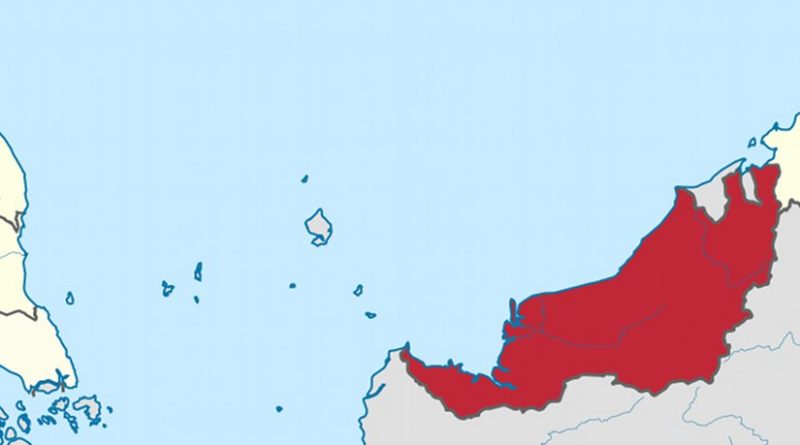 Bravo. Bravo. Bravo. Three cheers for people of Sarawak, Malaysia for making English the state’s official language, besides preserving the status of Bahasa Malaysia. This move makes a lot of sense than the game the federal government is playing vis-à-vis the refusal to insist the teaching of strategic school subjects in the English Language. Although this Malaysian state in Borneo is rich in natural resources, it has remained one of the most left-behind and impoverishes states in the almost 60 years of being a member of the Federation of Malaysia. It is time Sarawak showcase her political-educational will in making radical changes to survive this century.

I have written a lot on the issue of the radical educational reform we need for Malaysia to move forward and the importance of emphasising English language will always be my key interest.

Malaysian politicians and educational leaders know the importance of the English language but too weak to make a firm stand to counter the ill-informed arguments and politically-motivated educationally-unsound schemes of the champions of Bahasa Malaysia. We could have gotten two generations of citizens well-equipped in riding the oftentimes dangerous waves of globalisation, in our dream of becoming a ‘high-income’ nation.

Back to the intelligent decision by the leaders and the people of Sarawak. I think it is the beginning of the renaissance of Sarawak education, a platform to take off and to soar towards greater heights, leaving the world of heavily politicised and language-political-tribal dead-end of the policies of the Education Ministry when it comes to the use English as a language of instruction.

As a global educationist interested in intellectualising schools and suggesting Radical Social Reconstructionism as a philosophy of schooling, I want to suggest the Sarawak government what could work as a new path to schooling; a path that should complement the decision to make English language its second official language.

I wish to see Sarawak educators and policymakers embark upon what I call ‘Renaissance schools’. Here is a concept that can be adopted by the chief minister. To honour the work of the philosopher Plato, I will call the new initiative, Akademie Renaissance.

The idea is for the government to collaborate in developing innovative schools of the 21st century proposed to be called ‘Akademie Renaissance’. This initiative will propel the state into a major phase of educational reform in its effort to showcase the nation and other countries a model of a truly global school that harmonises technology, culture, and total human development from the level of kindergarten to the university.

Together with progressive partners in education, groups will spearhead and steward this major innovation in Sarawak or East education providing the intellectual and education infrastructure (from planning to model building and architectural design to continuous evaluation process) to establish this new series of educational innovation efforts.

Akademie Renaissance (AR) will have its mission in preparing children to become global citizens and experts in the fields of study they will choose as a career, through a systematic process of schooling of the highest standards, from kindergarten to high/secondary schools.

The educational objective is to create ‘academies’ that will become ‘feeder schools of choice’ (specialised schools) to prepare students for entry into American, British, Australian and other universities of high standing in Europe and Asia in which English is the medium of instruction. The initial project should be the establishing of a secondary/high school.

AR will be modeled after the most innovative of educational philosophies whose vision is to create thinkers, innovators, and life-long learners who will be successful at all phases of learning and will contribute to the betterment of society and to Malaysia in general.

AR will be based on a curriculum that is distinct from the governmental school, focusing on English language as a lingua franca as the medium of instruction so that the students will be prepared for entry into the world’s top ranking colleges/universities whose language if instruction is English. A high level of proficiency in this language is therefore necessary as skills mastery.

Faculty members will consist of those from diverse local and international background skilled in the art and science of teaching and committed to the principles of highest academic excellence and global education, and student emotional and cultural growth.

AR will be the premier college preparation schools which will admission priority to the best and the brightest of children of the poor of all races in Sarawak especially, and in Sabah next.. The aim is to provide the best quality education to children who come from families who are in the worst economic condition and to give them the all the opportunity they will need to be successful enough to give back to their families and community.

A criteria is also to give priority admission to those whose parents have never had a college/university education and to orphans of all ethnic background.

The vision of AR Schools is to have a population that reflects the true composition of multiethnic Malaysia who will further demonstrate that they will still continue to succeed against all odds and be leaders with a conscience clear enough to contribute to one of Malaysia’s two noble goals of development: the alleviation of poverty regardless of race. The top priority, of course, is the educational advancement of the children of Sarawak.

AR Schools will not only be internationally-linked as ‘university-college-lab-schools of global-experiential learning’ in which the curriculum is based on cutting edge 21st century informational-society driven paradigm of learning and teaching and expected outcomes but also will be architecturally innovative; one that will harmonise not only the elements of living much needed in the 21st. century but also culturally-intellectually responsive.

In other words, AR Schools in East Malaysia will have a unique design that will harmonise tradition and modernity. For example in the proposed Akademie Renaissance – Sarawak campus, elements of design will be made to uniquely respond to the environmental-sustaining nature of the coastal state as well.

AR Schools will also be an educational facility for community education and entrepreneurial activities linking local production of cottage-industrial artifacts to the global market, utilising advanced digital, cybernetic, and virtual communication technologies for students to help the local community to participate in the global business.

In the area of community education, it will also house specialized galleries showcasing historical artifacts of from local-historical materials collected and curated by students, with the help of faculty.

AR Schools will essentially be a ‘research-driven college prep schools’ in which at every level of learning, students will be employing primarily scientific thinking as a means to acquire and produce knowledge and to further create artifacts useful both for the advancement of theoretical knowledge as well as those practically useful for society.

AR Schools will also be culturally-driven in which the intellectual-cultural heritage and the philosophy of development that harmonizes with Nature will be one of the core principles driving this radical and progressive educational reform. Ideas of ‘ecosophy’, or the imperative of balancing material and spiritual progress centering on the preservation, and progressive hybridisation of cultures will be emphasized in all aspects of the curriculum.

In essence, Akademie Renaissance (AR) will be a 21st century school showcasing best practices in global and local-cultural education and will have the Sarawak state as the sites of its first set of campuses.

I hope this suggestion will be the beginning of the new Sarawak Initiative in education, one that can also be adopted by the state of Sabah and consequently by those in West Malaysia in need of a serious reconceptualisation. The state will progress well for generations, given this idea of international collaboration that will benefit Malaysia in general and the people of the state specifically.

We cannot leave education to the hands of those only interested in political survival. We must bring in educational futurists and globalists to chart the best long-term and short term strategy for change, in a work both precarious and promising, in which English is widely spoken.

Bravo, Sarawakians! You have chosen the road not taken; one that will make all the difference, as the American poet Robert Frost would say.