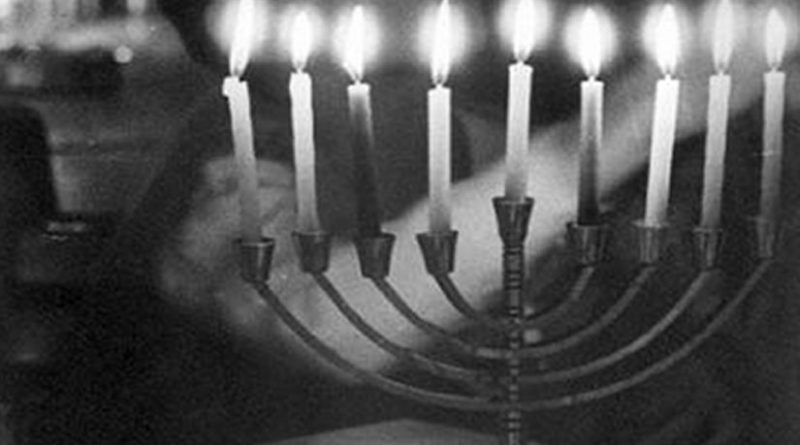 This is the true story of retired Army Major Mike Neulander, who now lives in Newport News, Virginia, and who is now a Judaic silversmith.

In the fall of 1990, I received notice that I would be transferred to the First Cavalry Division, which was headed for Saudi Arabia. Then as now, Jews were forbidden to enter the country. But our Secretary of Defense told the king of Saudi Arabia, “We have Jews in our military. They’ve trained with their units and they’re going. Blink and look the other way.”With Kuwait occupied and the Iraqis at his border, King Fahd did the practical thing. We shipped out.

But there was a problem. Normally the dog tags of Jewish servicemen are imprinted “Jewish.” But the army, fearing that this would put Jewish soldiers at great risk should they be captured, substituted “Protestant B” on the tags. I didn’t like the whole idea of classifying Jews as Protestant-anything, and so I decided to leave my dog tag alone. I figured if I were captured, it was in God’s hands. Changing my tags was tantamount to denying my religion, and I couldn’t swallow that.

In September 1990 I went off to defend a country that I was prohibited from entering. The “Jewish” on my dog tag remained as clear and unmistakable as the American star on the hood of every Army truck.

A few days after my arrival, the Baptist chaplain told me. “I just got a secret message through channels,” he said. “There’s going to be a Jewish holiday. You want to go? It’s at 1800 hours at Dhahran Airbase.”

The holiday turned out to be Simhat Torah, a holiday that I hadn’t celebrated since I was a kid. Services were held in absolute secrecy in a windowless room. We couldn’t risk singing or dancing. We were strangers to one another in a land stranger than any of us had ever experienced, but for that brief hour, we felt at home.

The next time I was able to do anything remotely Jewish was Chanukah.

As Rabbi Romer talked about the theme of Chanukah and the ragtag bunch of Maccabee soldiers fighting Israel’s oppressors thousands of years ago, it wasn’t hard to make the connection to what lay ahead of us. There, in the middle of the desert, inside an green tent, we felt like we were Maccabees.

We blessed the candles, praising God for the miracles He performed, in those days and now. And we sang the special blessing, the Shehecheyanu, thanking God for keeping us in life and for enabling us to reach this season. The feeling of unity was as pervasive as our apprehension. I felt more Jewish there on that lonely Saudi plain, our tanks and guns at the ready, than I had ever felt back home in a synagogue.

That Chanukah in the desert gave me the urge to reconnect with Judaism. I felt religion welling up inside me. I know that part of my feelings were tied to the looming war and my desire to get with God before the unknown descended on us.

During the remaining months before we returned home I never met a Jewish soldier whose dog tag was “Protestant B.” Maybe I had experienced a modern miracle of Hanukah dedication right before my eyes.

Solar flares are violent explosions on the sun that fling out high-energy charged particles, sometimes toward Earth, where they disrupt