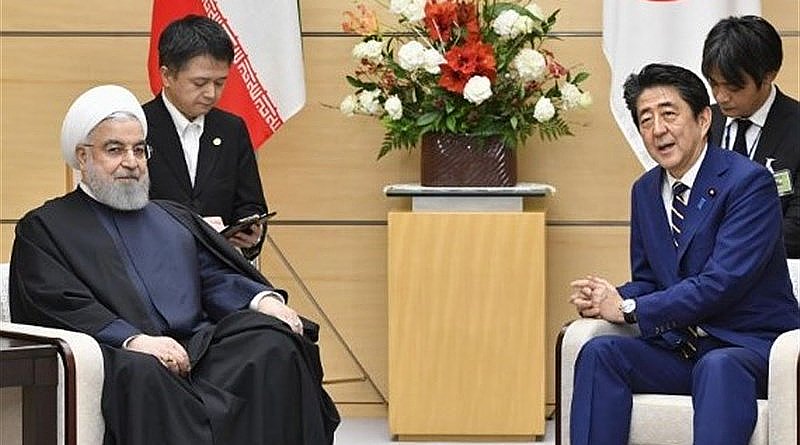 During the meeting in Tokyo, Rouhani and Abe discussed the ongoing standoff between Tehran and Washington over the JCPOA, Kyodo News reported on Friday.

Rouhani became the first Iranian leader to visit Japan since 2000 when he landed in Tokyo. His overnight stay is seen as an effort to break the impasse over the nuclear accord as US President Donald Trump has launched a “maximum pressure” campaign.

“The nuclear deal is an extremely important agreement for Iran. That’s why we strongly condemn the United States’ one-sided and irrational withdrawal,” Rouhani said in the meeting with Abe at his office in Tokyo, part of which was open to the media.

“We hope that Japan and other countries in the world will make efforts toward maintaining the accord,” Kyodo News quoted Rouhani as saying.

Abe, who visited Iran in June to broker dialogue between Tehran and Washington, said he is “deeply concerned” about the heightened tensions in the Middle East and Tokyo will do “whatever possible” to help ease them.

Still, he also urged Iran to play a “constructive” role in bringing peace and stability and to fully abide by the nuclear deal, the report said.

Heading a high-ranking delegation, President Rouhani arrived in the Japanese capital on Friday to hold talks with Abe and other senior officials of the East Asian country on issues of mutual interest.

According to a statement by the Ministry of Foreign Affairs of Japan, Rouhani’s visit will last two days, during which the two sides “will exchange views candidly on topics of the bilateral relations, regional and international issues”.