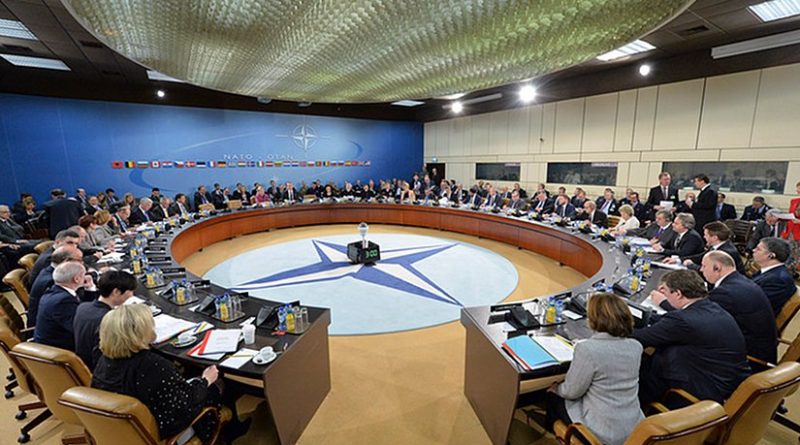 Global Geopolitics in 2017 are fast acquiring the contours of the initial years of the cold war when both the former Soviet Union (now Russia) and China were geopolitically aligned to challenge the ‘New World Order’ that emerged in post-World War II era.

The post-1945 ‘New World Order’ was characterised by the overwhelming global predominance of the United States and Western countries. This was opposed by the former Soviet Union singly till end-1949 with the massive military confrontation in Central Europe between the North Atlantic Alliance Organisation (NATO) led by the United States and the Warsaw Pact Bloc led by the former Soviet Union and comprising East European countries. Communist China on emergence in October 1949 aligned itself with the Soviet Union, both on ideological grounds and geopolitical compulsions.

The Cold War thereafter got extended to the Asia Pacific and the only cold war major armed conflict was triggered by Communist China’s military intervention in the Korean Peninsula against the US led United Nations Forces stemming North Korean Communist invasion of South Korea. Major NATO countries including Turkey battle Communist China, though under the UN flag.

The above is a major tipping point that needs to be flagged in discussions of NATO’s future of its redundancy. The MATO was not confined only to the European Theatre of operations but also partook in what can be best described as the first ‘out of NATO area’ operations. The second such participation by NATO countries has been in Afghanistan. Many more could be on its strategic menu as threats multiply.

Moving to contemporary debate on NATO, till recently NATO was being increasingly seen as heading towards redundancy and that its continued existence as a military alliance was debatable. The logic that was being applied against NATO continuance seemed more economic that strategic.

Many reasons can be ascribed to this sentiment of NATO’s redundancy, chief of which was the absence of perceived threat perceptions from Russia to European security and stability. Second, flowing from the foregoing was the laxity or reluctance to contribute their 2% share of their GDP towards meeting the NATO’s burden of defence expenditure. Third, the United States strategic gaze on European security being distracted by events in greater South West Asia, leading to the feeling within NATO member nations that the United States was not fully committed to the Atlantic Alliance Security.

The NATO redundancy debate got further by the election campaign rhetoric of US President Trump who for partly political and partly economic reasons railed against NATO. This reinforced the arguments of those in Europe opposing NATO continuance and it can also be said that Russia and China for Geopolitical reasons favoured the disintegration of NATO. The United States has since resiled form this posture as we shall see later.

Threat perceptions to European security and stability have revived after Russia’s military intervention in the Ukraine and the annexation of Crimea. At the other end of the global strategic spectrum, one finds China aggressively muscling into the United States security architecture of the Asia Pacific and heading towards and inevitable military conflict with the United States, can one trace a connection with Russian aggressiveness in Europe and China’s military adventurism in the Asia Pacific? Is there a possibility that in event of China being hell-bent on reordering the Asia Pacific with China characteristics, that NATO could be drawn into a World War III scenario? European security cannot be an island by itself nor exist in a cocoon.

The United States is right and so is President Trump when they insist that NATO nations must contribute to their agreed share of NATO expenses. Since it is 2% of their respective GDPs it follows that the major NATO nations are shouldering a bigger burden of NATO budget besides providing the muscle and teeth to NATO with their troops contributions. Security does not come cheap and nor can emerging threat perceptions be wished away by Europe.

In the coming years, it can be expected that the security and stability in both Europe and the Asia Pacific will be seriously impacted by Russia and China, singly or jointly, as they flex their muscles to change the existing ‘World Order’. This intent was getting louder with the Russian Foreign Minister asserting at the Munich conference last week that a radical change was required to craft a ‘New World Order’ not dominated by the United State and its allies.

A ‘New World Order’ can only emerge when Russia and China line up wide global support in support of their assertions. The same is not visible or forthcoming as was analysed in my last week’s SAAG paper that the ‘Global Balance of Power was heavily weighted against the China-Russia Nexus’. However, this would not preclude China and Russia not attempting to give shape to their strategic and geopolitical designs. For this, short of war both Russia and China have many options of weakening the will of nations both in Europe and the Asia Pacific by creating disunity, turbulence etc.

NATO was stood the test of time and today is the only well-organised and credible military alliance which has stood up against global and regional threats to peace and security. The fact that NATO has expanded to a membership of 28 nations after the dissolution of the Soviet Union and the Warsaw Pact threat highlights that strategic and geopolitical threat perceptions still prevail which impelled this NATO expansion to include East European nations of the erstwhile Warsaw Pact. NATO is therefore not redundant and European nations need to recognise that they reached their levels of economic prosperity under the NATO shield. That is the concluding message.