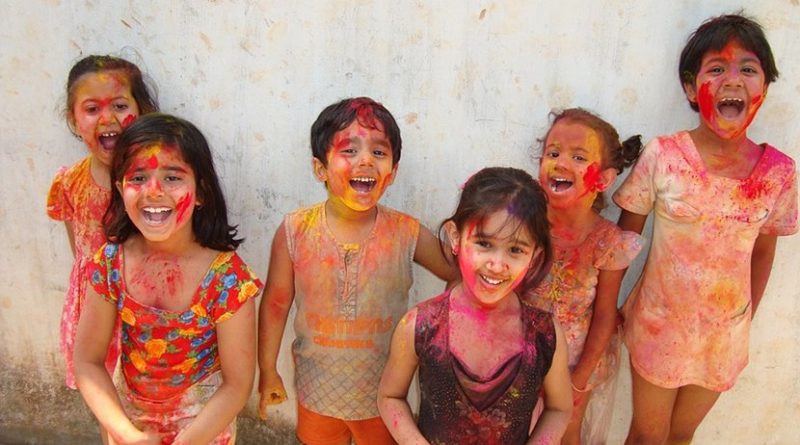 Social activists and environmentalists in India are concerned over the burning of trees and wide use of toxic materials during the traditional Hindu festival of Holi.

Holi, the spring festival of colors marking the end of the winter season, comes on the last full moon day of the lunar month Phalguna in the Hindu calendar. This year it falls on March 21.

People splash colored paint and dye at each other and distribute sweets as they celebrate the victory of good over evil, commemorating the burning and destruction of a demoness named Holika.

Bonfires are lit on the eve of the festival representing the Holika Dahan (burning of Holika), after which prayers are offered.

Traditionally, villagers cut live trees to prepare festival pyres for the mythical Holika. Every year thousands of trees across India are cut and burned for the festival, destroying nature and polluting the air by setting fire to fresh logs, said Deepika Sinha, a New Delhi environmental activist.

Uncontrolled and unlimited use of toxic materials can have grave consequences for people’s health and the ecosystem, she said. Most Hindus, who form 80 percent of India’s 1.2 billion people, celebrate the festival.

“We are already breathing toxic air every day. Several Indian cities, including New Delhi, are already listed as among world’s most polluted cities. Synthetic colors are highly structured polymers and are very difficult to decompose. Wide use of them will make life difficult to cope with,” Sinha told ucanews.com.

According to research by Joy Joseph Gardner and Deepanjali Lal from the University of Rajasthan and Jaipur National University, the festival has become more of an environmental hazard.

Their studies have shown that wide use of toxic colors pollutes water resources, reduces soil fertility and destroys soil’s micro-organisms and ecosystem integrity. They suggested efforts to increase public awareness of health hazards of harmful materials, making available safer and cheaper alternatives, and increasing governmental checks on the production and sale of hazardous chemicals.

Rajat Gupta, a green activist based in India’s northern state of Uttar Pradesh, said the felling of trees for Holi is causing irreparable damage to the environment. Millions of trees are also felled for cremations and Hindu prayer rituals every year.

Political decisions curtailing such practices linked with the majority religion might backfire, resulting in politicians losing votes, he said.

“But the fact is that we should be worshipping trees instead of setting them on fire. The government’s inaction will make the situation hazardous in an unexpected manner,” Gupta told ucanews.com.

Ved Kumar, a Kanpur-based social activist, said 11 of the world’s 12 most polluted cities are in India. He told ucanews.com that the state and federal governments are helpless as the Holi festival is celebrated in almost all Indian homes.

“People themselves should understand and behave with responsibility,” he said. They should be made aware of the toxic air they force others, including their children, to breathe, Kumar said.

Keeval Dutta, an environmental activist, said schools and colleges should teach students to use organic colors instead of synthetic dyes.

“The government should conduct awareness camps in villages about the effects of burning trees. All we need is a serious approach in dealing with the problem,” Dutta told ucanews.com.