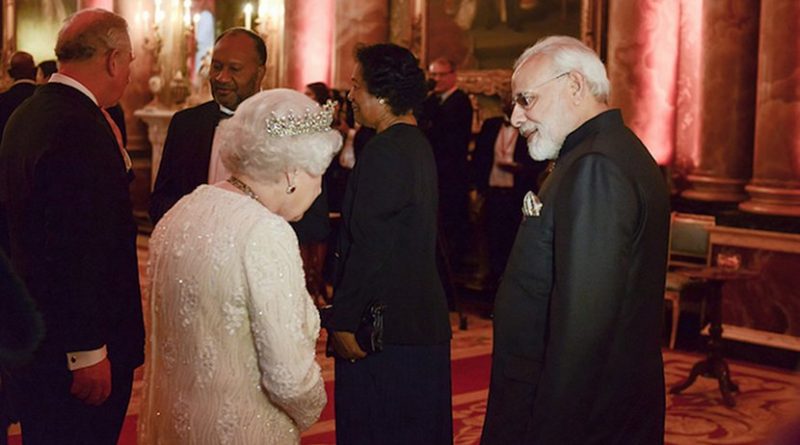 One more royal wedding has now taken place in United Kingdom, as Prince Harry married Meghan Markle with the pomp, show and glamour that has been associated with such royal weddings in the past.

It is reported that while around 600 guests were invited for the royal wedding, thousands of uninvited common citizens camped out all night, huddling in blankets and clutching hot water bottles, in the hope of making eye contact with the royal couple, when they left the chapel after the ceremonial wedding. The report further says that along the main street of Windsor, the uninvited common citizens leaned precariously from the windows to catch a glimpse of the royal couple.

Many of those lining the streets to see the pomp and show associated with the couple as they moved out of the chapel are reported to have said that they have come to express their support for the royal couple.

Now, the upper most question that come to one’s mind is whether the majority of the citizens of UK accept the concept of monarchy and the glamour associated with the royal wedding at the cost of the exchequer, as an acceptable process in a vibrant democracy, where all citizens are supposed to be equal, making no difference between one citizen and the other with regard to the opportunities and rights and privileges.

The King or Queen in the UK happens to be in their positions by virtue of their birth in a particular family which is traditionally known as monarchy and which was gradually eliminated or challenged around the world by evolution of democratic process and the exhibition of people’s power.

The advocates of democracy as the best form of governance may be of the view that a particular person occupying the position of King or Queen or Prince or Princess should be considered as an anachronism in a democratic society and it cannot be in tune with the basic concept of democracy.

The United Kingdom is hailed as the mother of democracy in the world and certainly Britishers are proud of this view. Countries like India have modeled their democratic structure largely based on the model developed over the years in United Kingdom.

Countries like India, Sri Lanka, Bangladesh and several others who were ruled once by United Kingdom now have a democratic form of governance that have no king or queen. Presidents in these countries are elected periodically and they stay in power for a specific period only.

It is true that there are still number of countries in the world where kings rule the country. Should we view United Kingdom also in the same way that such countries are looked upon?

It is high time that the citizens of UK should be asked to vote in a referendum as to whether they think that it is appropriate to recognize members of royal family as privileged section of the country, by virtue of their birth in a particular family or wedded to this family.

No doubt, it is the fact that no visible protest have taken place in UK by the citizens in recent time against monarchy and such royal weddings.

But, should silence of the people be taken as the approval of the prevalent monarchy-democracy in UK?

Certainly, the world wants to know what the citizens of UK think.

Home » Why No Referendum In UK On Monarchy And Royal Weddings? – OpEd