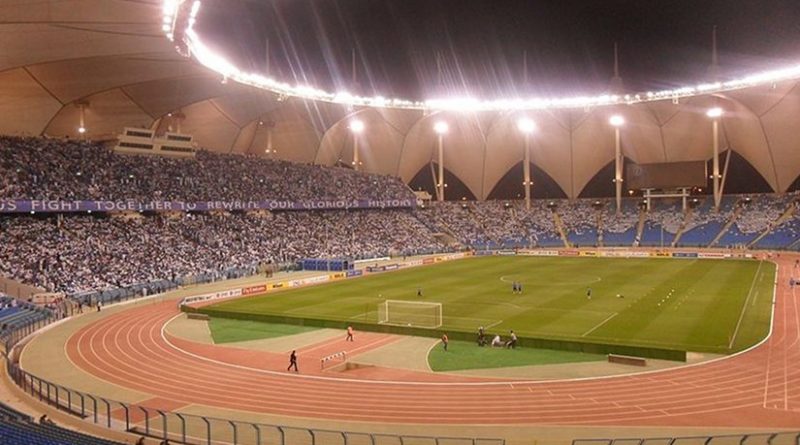 Saudi Arabia’s 85th birthday could prove to be historic — one that could put to the test opposition to Crown Prince Mohammed bin Salman’s reform plans, even if he has cracked down on potential critics in recent weeks.

Saudi women, barred from stadia, are being allowed into Riyadh’s King Fahd International Stadium for the first time. Granted not to watch a soccer match from which they remain banned, but to attend national day celebrations. The move comes six weeks after Saudi Arabia announced that physical education for girls would for the first time be included in school curricula.

To accommodate the kingdom’s strict gender segregation, sections of the stadium are being delineated into sections for men and for families, much like what happens in other public spaces. The notion that if women can attend national day celebrations, they can also watch soccer matches will strengthen the hand of long-time proponents like the head of the Saudi Arabian Football Association (SAFF), Ahmed Eid Al-Harbi, of a lifting of the ban.

The move knocks down a psychological barrier even if it is primarily designed to project the kingdom in a more favourable light amid fierce criticism of its human rights record and conduct of the war in Yemen and to promote Crown Prince Mohammed bin Salman’s reform agenda of greater economic diversification and greater social freedom.

Granting women access to the stadium also constitutes a testing of the waters. Prince Mohammed’s proposed reforms, articulated in his Vision 2030 plan, have largely been welcomed by Saudi youth, who account for more than 50 percent of the population, but criticized by religious hardliners.

Prince Mohammed’s popularity rides on expectations that his reforms will produce jobs and loosen social restrictions that he has yet to fulfil. His reforms involve a unilateral rewriting of Saudi Arabia’s social contract that amounted to a cradle-to-grave welfare state in exchange for surrender of all political rights and acceptance of Wahhabism’s strict moral codes.

Many Saudis have vented their frustration and anger on social media, the one space in which the kingdom until recently tolerated a limited degree of criticism. In one instance, Saudi writer Turki Al Shalhoub, who has 70,000 followers on Twitter, tweeted in April a cartoon showing Saudis being crushed under newly imposed taxes. He referred to prince Mohammed’s plan as “the vision of poverty.”

Grumbling and online protests persuaded the government in April to roll back some of its austerity measures and restore most of the perks enjoyed by government employees.

“The problem is that Vision 2030 has become synonymous with cutting salaries, taxing people and stop-ping beneﬁts,” said Mark C. Thompson, a Middle East scholar at King Fahd University of Petroleum and Minerals, who conducted a survey of young Saudi men.

Ultra-conservative backlash has pockmarked every bend of Prince Mohammed’s path. Saudi Arabia’s Middle East Broadcasting Center Group (MBC Group), owned by Waleed bin Ibrahim Al Ibrahim, scion of a family with close ties to the Al Sauds, was forced to revoke and apologize for a campaign aimed at empowering women. Some viewers called for a boycott of MBC.

A crackdown in recent weeks on the prince’s potential critics, involving the arrest of scores of popular Islamic scholars, academics, intellectuals and judges, and the dismissal of university staff believed to support the Muslim Brotherhood, makes it easier for Prince Mohammed to test the waters.

To maintain support for his agenda, which is as much designed to initiate badly needed economic and social change as it is intended to prevent any form of political liberalization, Prince Mohammed has in recent weeks employed two strategies: using soccer to boost his image in a football-crazy country, and building an entertainment industry in a kingdom in which concepts of fun were long frowned upon, if not banned.

Sports is a key pillar of Vision 2030 as part of a bid to improve health in a country that has some of the world’s highest obesity and diabetes rates.

In line with a long-standing practice of Arab autocrats to hitch their popularity to their country’s soccer success, Prince Mohammed earlier this month granted fans, men only, free access to the stadium to attend a World Cup qualifier against Japan. Prince Mohammed made sure that he was in the stadium to witness the national team’s success.

The sensitivity involved in granting women access to the stadium for the national day celebrations became evident when a imam was criticized for describing Saudi Arabia’s defeat of Japan that paved the way for the kingdom’s participation in the 2018 World Cup as a blessing from God.

Saudi Arabia has repeatedly in the last five tears floated the notion of granting women access to stadiums, only to drop the idea because of hard-line religious opposition. In bowing to pressure from the International Olympic Committee (IOC) to allow women to compete in Olympic games, the kingdom fielded women athletes for the first time in 2012. It has since said that women would only be allowed to compete in disciplines mentioned in the Qur’an.

In a bid to cater to aspirations of Saudi youth, the government announced that it was investing $2.7 billion in the creation of an entertainment industry in a country that bans cinemas and theatres. As part of the initiative, the government plans to build beach resorts, hotels and residential units on about 160 kilometres of sandy coastline on the Red Sea. It was not clear whether the region would adopt more liberal social codes on issues such as women’s dress.

“By the end of 2030, the company’s projects aim to serve more than 50 million visitors annually and create more than 22,000 jobs in the Kingdom, which will contribute around 8 billion Saudi Riyals ($2 billion) to the GDP,” the state-owned Saudi Press Agency said.

A 24-year-old speaking earlier this year to The Guardian, noted that ultra-conservatism maintain a hold on significant numbers of young people. “You know that the top 11 Twitter handles here are Salafi clerics, right? We are talking more than 20 million people who hang on their every word. They will not accept this sort of change. Never,” the youth said

Prince Mohammed’s crackdown is likely to pre-empt any criticism of women entering the stadium for national day. That, however, simply pushes criticism out of the public eye. If anything, the crackdown suggests that Prince Mohammed feels less confident and reverts to Arab autocratic tradition: repress rather than engage.

Home » Testing The Waters: Saudi Women Get One-Time Access To A Stadium – Analysis