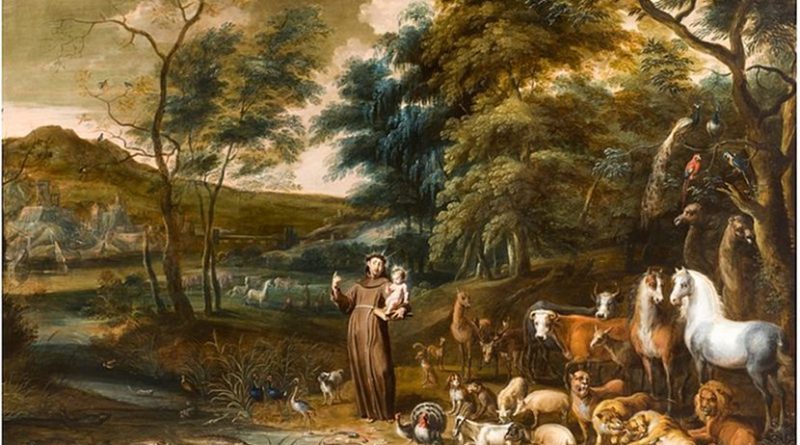 For the past few years, an animal shelter in Teterboro, New Jersey has posted a note on Facebook saying it was hosting a blessing of animals. The blessing, performed by a Catholic priest, is a tradition in honor of Saint Francis of Assisi.

No one was required to come. But this year, for the first time, someone complained. Enter American Atheists. It was so angry that it actually went into federal district court to stop Fido from being blessed.

A lawyer for American Atheists, Geoffrey Blackwell, wrote a letter in September to the Bergen County Animal Shelter, putting officials on notice. His command of constitutional law is appalling.

Blackwell says, “The Establishment clause prohibits government agencies from enacting any law or policy ‘respecting the establishment of religion.'”

The First Amendment does not speak about “respecting the establishment of religion.” It specifically says “an” establishment. The difference is important. Madison, who wrote the First Amendment, was asked about his wording and why he chose the pronoun “an” over the article “the.” He said the Congress could not pass a national religion nor could it favor one religion over another. He did not craft his words to mean a blanket proscription of religion in the public sector.

Just as serious is Blackwell’s strained analysis of Lemon v. Kurtzman, the 1971 U.S. Supreme Court decision establishing a three-prong test to decide whether the First Amendment has been violated.

He says blessing puppies violates all three prongs. The blessing, in his mind, “lacks a secular purpose,” has “the primary effect of advancing” a religious viewpoint, and “unduly entangles the government in religious practice.”

The ceremony is clearly designed as a pro-family, pro-animal, event not a religious exercise. It is also voluntary. The application of Lemon is absurd.

If this “unduly entangles the government in religious practice,” what are we to say about what just happened on Election Day? Voters went to the polls, located in some instances in a Catholic school or church basement, without ever triggering Lemon.

American Atheists has certainly come a long way from the days when its scoundrel founder, Madalyn Murray O’Hair, was busy stopping Freddy from praying in school.

The day is fast approaching when American Atheists will file a lawsuit against a priest for saying “God Bless You” to a person who sneezes in a public park.