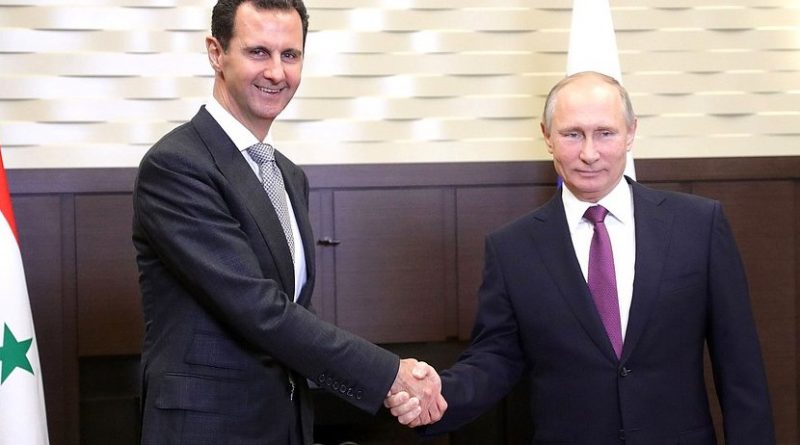 Russian President Vladimir Putin held an unexpected meeting with Syrian leader Bashar Assad, in which the pair discussed a shift from military strategy to political resolution for a country that’s been savaged by terrorism and civil war for years.

Assad showed up for an unscheduled visit with Putin in the Black Sea resort city of Sochi Monday, where the Kremlin leader is set to hold peace talks with Turkish President Recep Erdogan and Iranian leader Hassan Rouhani on Wednesday. Kremlin officials are meeting in Sochi to talk about various defense issues.

Syria’s civil war has raged for six years, killed hundreds of thousands and displaced more than six million civilians. Russia and Iran have sided with Assad in the conflict, which has run concurrently with efforts to defeat ISIS in the north African nation.

“The main question concerns the political process that will be launched after terrorists are defeated, and is expected to help find a long-term solution to the Syrian crisis,” Putin told Assad, adding that military operations in Syria are drawing down.

“We expect the U.N. to actively participate in the process, particularly during its final stage.”

Turkey and the United States have opposed Assad’s regime.

In his remarks, Putin said he intends to speak with U.S. President Donald Trump on the matter Tuesday. The two met on the sidelines of the Asia-Pacific Economic Cooperation in Vietnam earlier this month.

Moscow and Washington have repeatedly clashed over Syria in recent years. Last week, Russia vetoed a U.S.-led attempt in the U.N. Security Council to extend an investigation into an April chemical attack that killed more than 80 civilians in Khan Sheikhoun — a strike that drew a military response from Trump.

A number of attempted peace settlements have failed since the civil war began in 2011, primarily because the proposed solutions would have left Assad in power — a prospect Trump and former President Barack Obama have vigorously opposed.

Monday marked the second time Assad has traveled to Russia to meet with Putin since the start of the civil war.