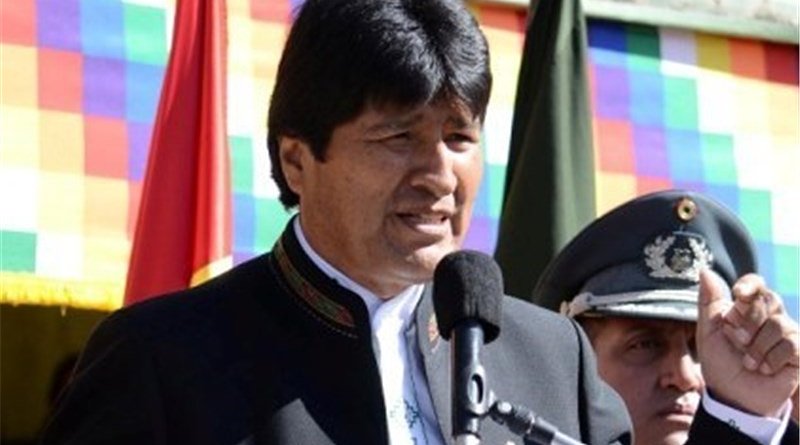 Ousted Bolivian President Evo Morales said he has “zero doubt” that a mechanical failure that occurred on a helicopter he was traveling on last month was an “assassination attempt” and no accident.

In an exclusive interview with former leader of Ecuador Rafael Correa on RT Spanish, Morales said the incident – apparently a mechanical fault with the tail rotor – happened while he was flying to the opening ceremony for a new road.

“At first, I thought it was an accident, but now I have zero doubt that it was an assassination attempt.”

Morales, who fled Bolivia for asylum in Mexico last week after being ousted in a right-wing military coup, said he regularly used helicopters multiple times a day and even in bad weather, and nothing like that incident had ever happened.

The socialist leader pinned blame for the alleged assassination attempt on Air Force General Jorge Gonzalo Terceros Lara, who he said had “changed completely” in recent times. He also pointed to the fact that coup leader Luis Fernando Camacho had announced on the same day that Bolivians were about to “witness Evo’s fall” and that it would be “captured on video.”

“When the news came that we survived the crash that night, those who expected the president to die in it were disappointed,” he said. Over the following days, Morales recalled, police began to join protesters on the streets.

On a visit to Chimoré that Saturday, Morales said one police officer showed him “numerous text messages and phone calls offering 50 thousand dollars” for capturing him. The officer warned him to be careful, to double up on security and go back to the capital La Paz, he said.

Morales on Wednesday called on the UN to intervene and denounce the coup and subsequent massacre by police of indigenous Bolivians who protested his ouster after self-declared “interim president” Jeanine Añez took power by force.