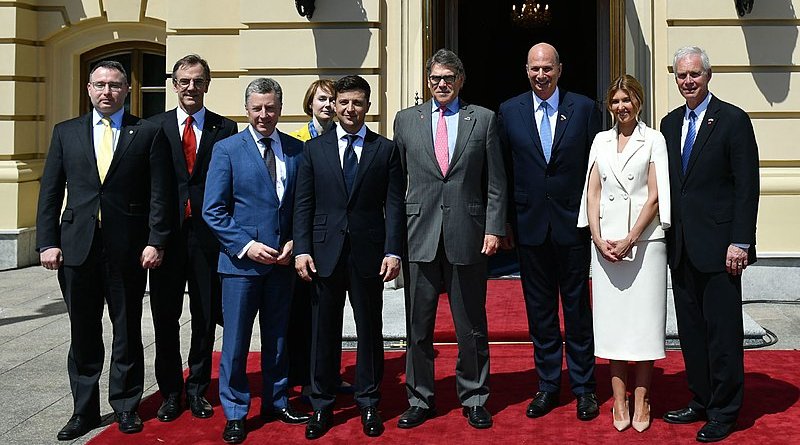 The Army’s answer to Seinfeld’s George Costanza, Lieutenant Colonel Alexander Vindman, made quite the statement Tuesday when admitting under oath that he was offered the position of Minister of Defense of Ukraine — three times. Vindman and the Ukrainian official extending the offer now both insist it was a joke, which may be true. But it’s irrelevant.

It should first be noted that a joke isn’t laugh-inducing the third time. All the same, the official making the offer, Ukraine’s former Chairman of the National Security and Defense Council, Oleksander Danylyuk, wouldn’t be the first to overuse a line he fancied funny. But if it actually was funny even the first time, it would only be because of what it reflected: the same thing it would if it was uttered seriously.

And the offer would only be made seriously if it was so clear that the Ukrainian-born Vindman was in Ukraine’s corner, that his passions and heart lay with the nation, that he could be trusted to be loyal to it — maybe even more loyal than he’d be to the U.S.

This reality is also the only reason it would even occur to someone to joke about such a matter; it’s the only thing that would make it funny.

This is, mind you, Exhibit A as to why we have a constitutionally mandated, natural-born requirement for the presidency. It’s also why I wouldn’t mind if this also were a prerequisite for becoming a federal lawmaker, cabinet secretary, Supreme Court justice or military officer.

Oh, I didn’t just pull those four examples out of thin air. That’s exactly what the Mexican Constitution requires. Yes, our troublesome southern neighbor does get some things right.

Call me a nativist or xenophobe, I don’t care; I call it sanity and patriotism. But it’s problematic when someone such as Ilhan Omar (D-Minn.) can immigrate here, still sound and act like a foreigner — call herself someone with “the perspective of a foreigner,” which she did — but nonetheless become an official governing the rest of us. Is “congressman” really a job Americans won’t do?

Owing to immigrationism, which perpetuates our insane immigration regime, foreign-born residents in the U.S. now number 44.5 million (as of 2018), constituting their largest population share (13.7 percent) since 1910. This, exacerbated by multiculturalism, which discourages assimilation, leads to the balkanization apparent all around us. (Why do you think identity politics appeals are so effective today?) Of course, having no sense of being one national family increases the chances that immigrants will remain loyal to the only national family they know: their native one.

This isn’t just sniping. Home is where the heart is. People are emotional creatures, and attachments created during the formative years are quite change-resistant. A Polish woman I know once exemplified this, saying to me, “No matter where I move, I’ll always be Polish” (she does now live in Poland).

If a child is inculcated when young with love for and attachment to his native land — if he’s married to it emotionally — will he just divorce himself from those feelings because he has a new passport? I wouldn’t bet the house on that. I wouldn’t bet its security, either.

Speaking of which, here’s a question to ponder: If we went to war with any subset of today’s immigrants’ native country, how many of them would be on our side?

This said, many immigrants are fine people. We certainly do have our share of native-born ne’er-do-wells, too, a problem exacerbated by today’s rampant anti-Americanism and moral corruption. Yet I’d ask of anyone who’d contend that native-born status is irrelevant: Would you then propose eliminating the natural-born presidency requirement?

If not, is it reasonable to consider that it may be a prudent prerequisite for other offices as well?

A result of not having such is the situation with the current impeachment hearing, mind you, where a group including foreign-born congressmen sits in judgment of a native-born president.

Of course, this is academic at this point, a “The way things ought to be” fantasy in a land where illegal aliens are sanitized into “undocumented immigrants” and sometimes shown preference over citizens.

In fact, we exalt “immigrant” status so much that many dare not even consider the divided loyalty question today, but Vindman apparently epitomizes it. He also appears as honest as the Soviet overlords in whose territory he was born, having been caught lying to Congress.

Now, will he, like longtime Trump confidant Roger Stone, be thus charged and convicted? I’d say that’s about as likely as a sane change in our nation-rending immigration policy.