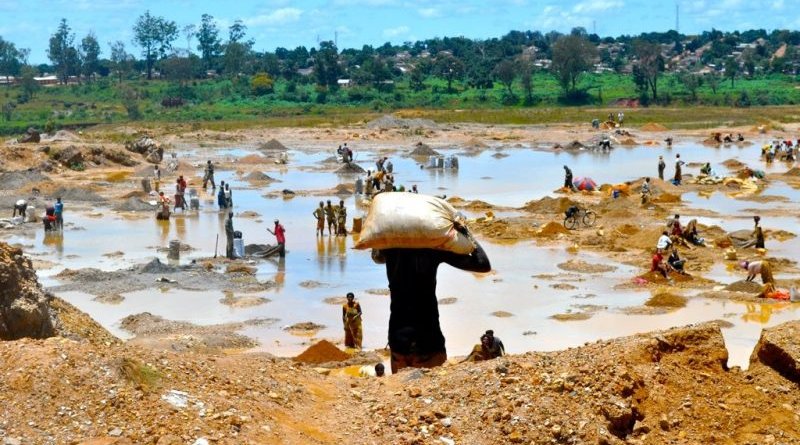 (EurActiv) — A short supply chain “will make it possible for us to trace our materials” and ensure they come from responsible sources, said a senior executive at Northvolt, the Swedish startup aiming to supply Europe with green electric batteries.

“We need to be very cautious about the choices we are making today,” said Emma Nehrenheim, Chief Environment Officer at Northvolt, during an EU debate about supply chain transparency in Brussels.

“Nevertheless it is incredibly important we move fast,” she told participants at the European Commission’s annual Raw Materials Week event on Wednesday (20 November).

Her comments addressed the paradox for companies with even the greenest intentions. As it stands, manufacturing clean, fossil-free technology depends on a closed-off and potentially exploitative supply chains of raw materials.

Cobalt is probably under the most scrutiny. In 2016, an Amnesty International report sent tremors through the tech industry when it revealed that 35,000 child labourers worked cobalt mines in the Democratic Republic of Congo, the major source of the metal.

A failure of technology companies to monitor supply chains meant they could not deny the presence of the incriminated substance in their products.

Cobalt, alongside lithium and rare earths are the metals with the highest potential to cause environmental or social damage, according to analysts. The three are important components in smartphones, laptops, electric vehicles, batteries and wind turbines.

Northvolt, founded in 2017, and now readying its gigafactory in Skellefteå, vows it “will not compromise in any way”.

“Don’t think that the mining operations in the DRC are the only problems we are facing,” said Nehrenheim. “There is a whole bouquet of labour rights, social rights, human rights and environmental rights that we need to track down,” she said.

For the startup, the solution has been to shorten supply chains. Nehrenheim says Northvolt will source directly from the miners, which will make it easier to trace materials. The company also has plans to bring cathode manufacturing under its thumb. “We are looking for ways to bring the graphite production to Europe,” she explained.

The battery producer said it had completed a $1 billion equity …

It is an unusual move in the tech industry, which is often separated from mining by a long and complex supply chain. “Some large multi-national enterprises have as many as 200,000 suppliers” said Mathilde Mesnard, Deputy Director for Financial and Enterprise Affairs at the OECD.

According to Mesnard, the ongoing challenge is that “not all the stakeholders have a genuine interest when it comes to fostering transparency”. She adds that voluntary schemes to trace raw materials through the supply chain “only go so far”.

In Europe, there are signs public expectation of green technology is filling some of the gap. Nehrenheim says she already sees this at Northvolt. “Our costumers are not interested in greenwashing of any kind – they want us to do it right from the beginning,” she said.

Rising public expectations for raw materials supply transparency is also having an influence on EU bodies. An EU Commission-funded project run by a consortium of 10 organisations, called “Make ICT Fair”, aims to wield the EU’s purchasing power for the good of the electronics supply chain.

“Over 250,000 EU public authorities such as universities, hospitals and cities spend tens of billions in electronic devices every year,” says Kim Claes, Project Co-ordinator at Make ICT Fair. The total between them gives the EU’s public bodies together considerable leverage.

While no smartphone or laptop yet on the market can trace the origin of all its raw materials, “we try to support the public procurers to ask for higher standards of their suppliers, and get the conversation going” says Claes. The logic being, that if enough public bodies demand higher transparency standards, tech companies, and their suppliers in turn, will begin to raise them.

For Mesnard, public procurement is an “important” method to explore.