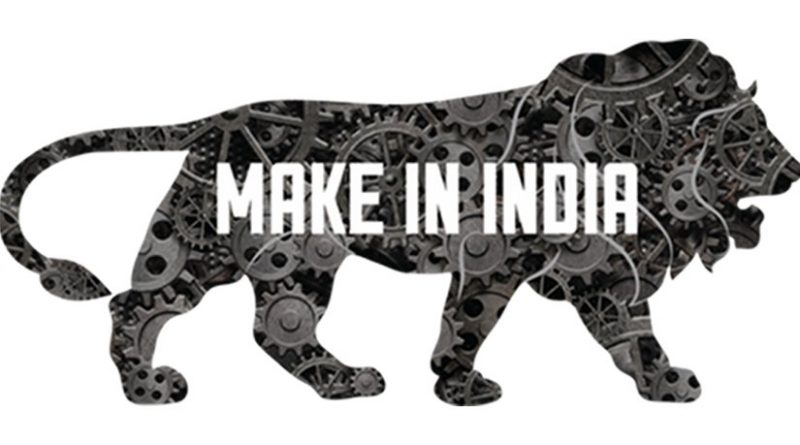 India’s Prime Minister Narendra Modi’s silence on Make in India in Independence Speech on 15th August, 2019 from the rampart of Red Fort affirmed its losing steam . His flagship scheme , which was poised to be the global hub for manufacturing , eventually failed to raise its share in GDP and create job opportunities. This sent a signal for changes in the strategies for a new face of the scheme in Modi-2.

One of the main reasons for the failure was lackluster domestic investment. Appalled by Modi’s assertion to weed out black money and demonetization the mood of the domestic investors went haywire. This was despite the fact that India’s rank in World Bank Ease of Doing Business improved. In addition, government expenditures reeled under stress. Modi’s charisma for investment friendly leadership was faded, snowballing the investment risks.

Correspondingly, the failures in land and labour reforms, owing to minority in Rajya Sabha , added fuel to the disdain of the investors.

Notwithstanding, BJP’s thumping victory in the general election in May 2019 reinforced the voters’ confidence in Modi’s ruling. Perceiving no trust deficit stemming from thumping victory,  the new government made a new venture to adopt different strategies to fructify Make in India in Modi – 2 . In its “ Strategy for New India @75” , NITI Aayug – the government Think Tank – decoded new challenges to boost Make in India sentiment , which was roiled during Modi-1 period.

The report targeted the economy to rise to US $ 4 trillion by 2022-23, from US $ 2.7 trillion in 2017-18. It identified the domestic investment as  the crucial factor  for the growth. To reinvigorate domestic investment sentiment, the report suggested a big jump in Gross Fixed Capital Formation ( GFCF) , which was lying low in Modi -1 period . It recommended that GFCF ratio to GDP  should rise from 29 percent in 2017-18 to 36 percent in 2022-23. It emphasized that unlike in Modi-1 period, government investment should  play a crucial role in boosting domestic investment. In 2016-17, government contribution to GFCF was only 4 per cent to GDP. The ratio should  increase to 7 percent of GDP by 2022-23, the report suggested

There were  two areas which  were identified to have big potential for government expenditures and boost up GFCF. They are  urban housing and infrastructures.

It was observed that an unbalanced investment was  poured in manufacturing in Modi-1 period. Growth in investment was higher in capital intensive industries , such as automobile and drugs and pharmaceutical. This left MSME ( Micro, Small and Medium Enterprises)  bereft of investment. As a result, labour intensive industries reeled under low capital investment , particularly after demonetization. Empirical studies show that small scale industries were largely banking on black money , which used to flow as cash disbursement. About 85 percent of this sector were dependent on cash flow.   MSME usually function with unsecured loan from friends and associates. About 40  percent of this sector downed  their shutters after demonetization.

Another reason for big entrepreneurs to stay away from investing in MSME was that with the advancement of technology and modern industries, the entrepreneurs in organized sectors have chosen to opt for highly capital or skilled –labour intensive technologies in the industries. It let a number of labour intensive industries shifted to technology oriented and more mechanized factories, which resulted a shrinkage in employment. Surge in mobile manufacturing is a case in point.

The report urged rationalization of direct tax structure , such as corporate tax and personal income tax. This has become imperative to resuscitate the investment mood and bring the country at par with South East Asian countries. It prompted the Finance Ministry to lower the corporate tax to 22 percent and 15 percent , without availing any incentive.

In addition , the report emphasized for the boost in FDI. Besides  opening more areas, thrust should be given to those FDI which contemplate for Buy-Back arrangement. This will have collateral impact on country’s exports.

While bolstering investment, the simultaneous focus  should be given  to increase e demand, the report suggested.  The country has been reeling under slump, despite having big potential,  as measured by GDP growth. India has achieved highest GDP growth in the world. The looming of demonetization threat  and repealing of black money restricted the demand. The drop in automobile sales and urban housing are the cases in point.

To overcome the plight in demand, the report suggested that the government will act as linchpin to reinvogarate. It will increase demand by enhancing  scope of public procurement. To this  end, it foresees that new demand will be created by leveraging public procurement for mega projects, like Bharatmal ( the biggest highway project), Sagarmala ( the biggest Port project) and Pradhan Mantri Awas Yojana ( housing for all).

Besides low domestic investment and demand, the report identified that low adoption of new technology, slowdown in export driven industrial growth and policy uncertainty in previous  government ( before BJP in 2014)  hamstrung the Make in India in Modi-1 period.

To shift gear to new business practices, the report suggested launching of Industry 4 practices. It is characterized by increasing digitization, interconnection, value chains and business models. It will significantly impact industries like automobile, pharmaceuticals, chemicals and financial services, the believed

Another important motive behind Make in India , besides making the country a global hub for manufacturing,  was to create a strong foothill for permanent job creation. At present, working population ( other than agriculture) are mainly absorbed in self –employed, casual and contract workers. About 85 percent of workers are absorbed in these categories. As a result, scope for sustainable permanent job opportunities is limited. To this end , only the broad-base manufacturing landscape can provide large scope for permanent job opportunities. This  will also act a counter to unemployment.

A slump in exports is another area which led to failure in job creation. Export linked job is a major job opportunity in informal sectors. About 30 percent of India’s exports are from labour intensive industries. Export growth slumped due to global volatility. With exports slipping into negative growth during Modi regime, job opportunities lost the heyday.