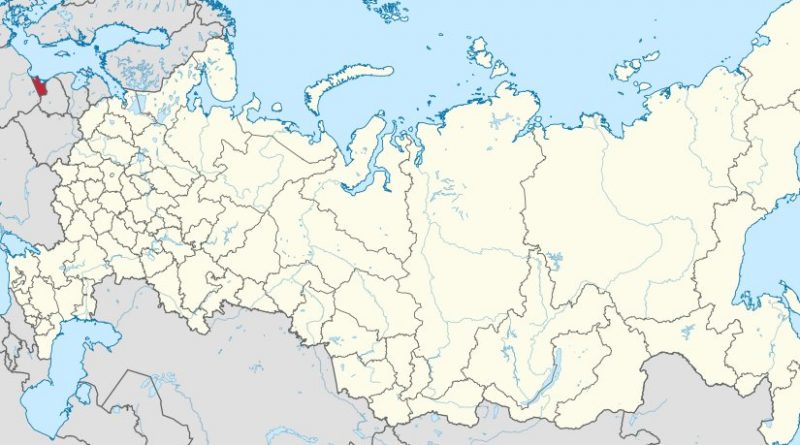 Commentators like himself who have been pointing to the “soft” Germanization of Kaliningrad over the past few years have been routinely denounced as fools or fantasts or worse, Andrey Vypolzov says. And the former governor of the region has just said that there is no Germanization going on there (kaliningrad.kp.ru/daily/26621/3639284/).

Such criticism doesn’t bother him, he says; but what does is this: the Kaliningrad intelligentsia “with unconcealed delight” accepted his two main theses that the return of that region to the German “cultural code” is now “close to the point of no return” and that “the self-identification of a significant part of Kaliningrad young people” has moved in that direction.

Many of these young people, Vypolzov argues, have hidden behind the official slogan of “Kaliningrad as Russian Europe,” an idea that resembles the notion of Ukraine as part of Europe and that thus constitutes an attempt at a Euromaidan within the borders of the Russian Federation.

For almost 30 years, Russian officials have failed to take much notice of “the soft autonomization of Kaliningrad oblast (and ‘Germanization’ is very much a part of this process” or of the appearance of what he dismisses as “a so-called Kaliningrad identity,” separate and apart from the Russian.

According to Vypolzov, Moscow took notice of this danger following Vladimir Putin’s decree of January 31, 2016, which dropped the Russian government’s 1992 commitment to restore a German territorial autonomy, and moved to close a variety of German institutions in Kaliningrad.

Given protests in the 1990s against restoring a German autonomy in the Middle Volga, there was never a chance that Moscow would take that step, as much as many Germans had hoped. Instead, many Germans had placed their hopes in Kaliningrad, which as Koenigsberg until 1945 had been German anyway.

Now, Putin has ended their hopes in this regard, but instead of coming to terms with that, some German activists in Kaliningrad and elsewhere have stepped up their activities, viewing that territory as their only hope for a German territory within Russia or alternatively an independent German republic.

Kaliningrad is not very German, Vypolzov says. There were only about 7500 ethnic Germans in that region at the time of the 2010 census, less than one percent of the oblast’s population and a tiny fraction of the nearly 400,000 ethnic Germans who live in the Russian Federation.

But there is another way to look at it, and supporters of the Germanization of Kaliningrad do just that. On the one hand, they note that the number of ethnic Germans in the exclave has increased 600 percent. And on the other, they point out that there is no titular nationality in Kaliningrad that might get in the way of their aspirations.

Those who think in this way have even dreamed up a name for what the Russian commentator describes as “a new Frankenstein monster.” Their land, they have decided, should be called the Baltic Slavic-German Republic. But unless there is a new crisis which Berlin seeks to exploit and Moscow fails to oppose, that isn’t going to happen, Vypolzov says.

Those who dismiss what is happening now, however, may discover that the risks of something going wrong in the future will only increase, the commentator continues – and such dismissals all too often as in the case with current and present officials in the exclave who are too willing to say “’the swastika was an ancient Slavic symbol.’”