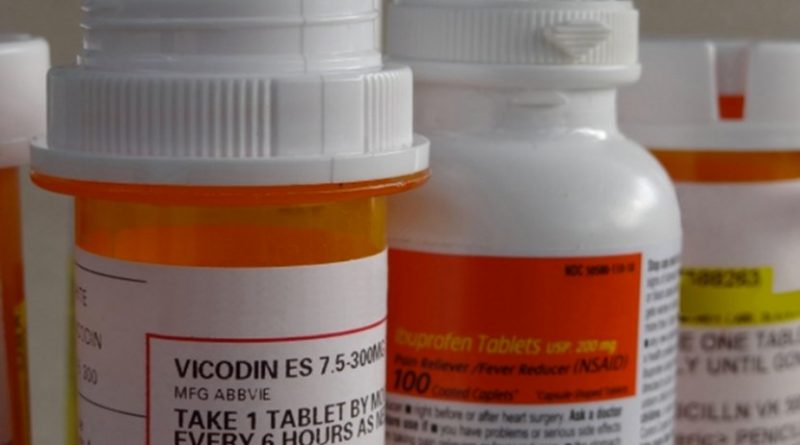 Opioid misuse in the US is estimated to cost over $500 billion annually, with fatalities from opioid overdoses exceeding the American death count from the Vietnam War. This column examines the causes and consequences of the opioid crisis, based on a review of more than 100 economic studies. Policies such as prescription drug monitoring programs, pill mill laws, prescribing limits, and doctor-shopping laws reduce opioid prescribing. However, their effects may be more limited in environments where many have already become addicted to opioids.

The US is the epicentre of opioid misuse and associated harms, with an average of 128 deaths occurring each day in 2018 from opioid overdoses – more deaths than from any other drug crisis in the country’s history. Fatal opioid overdoses have exceeded the American death count from the Vietnam War, and in 2017, they also surpassed auto fatalities.

The costs of opioid misuse extend far beyond mortality and into domains such as morbidity, healthcare systems, labour markets, child wellbeing, and crime. Opioid misuse is estimated to cost the US over $500 billion annually (Council of Economic Advisers 2017).

Economists – using innovative frameworks, causal methods, and rich administrate and survey data – have actively contributed to our understanding of the causes and consequences of the opioid crisis. In our recent working paper (Maclean et al. 2020), we discuss the results of more than 100 economic studies obtained from keyword searches of relevant literature databases and conversations with economists working on opioid-related questions. We summarise our key findings below.

Evolution of the US opioid crisis

The opioid crisis evolved over the last 25 years in three waves. The first, beginning in the mid-1990s and continuing through 2010, was characterised by an unprecedented increase in the use of prescribed opioids, spurred by the combination of weak restrictions on prescribing and aggressive marketing campaigns by pharmaceutical companies.

Also important was the reformulation in August 2010 of OxyContin, a powerful time-release version of oxycodone that was widely abused through crushing and then imbibing by snorting or injecting. Under pressure from the US Food and Drug Administration, Purdue Pharma (the maker of OxyContin) replaced existing OxyContin formulations with a crush-resistant version that was more difficult to abuse (Alpert et al. 2018). The misuse of OxyContin declined rapidly thereafter, and other opioid prescribing plateaued around the same time.

An undesirable consequence was that consumers shifted to heroin (Mallatt 2020), which is harder to regulate and more dangerous to users, leading to more deaths as well as increases in blood-borne diseases (Beheshti 2019). This transition to heroin may have advanced the development of illicit drug markets, while market growth for other reasons may have facilitated substitution to heroin.

The third wave, beginning in 2013 and continuing through the time of writing, includes a movement towards synthetic opioids – in particular, fentanyl and its analogues, which can be 50- to 100-times more potent than morphine – and a continued tightening of opioid-prescribing regulations. This trend coincided with additional policy efforts aimed at harm reduction (e.g. syringe exchange programmes) and addiction treatment (e.g. insurance expansions that cover such treatment), which are particularly important given the extremely rapid growth in fentanyl deaths.

Origins of the opioid crisis

The opioid crisis emerged in the mid-1990s due to both supply- and demand-side factors, but there is controversy among economists on the relative contributions of each. Supply-side factors, such as aggressive marketing by opioid companies, appear to have primarily caused the crisis, with demand-side factors determining which individuals have been most affected (Ruhm 2019).

Existing literature suggests that lax prescribing regulations and extremely sophisticated and well-resourced marketing plans by the pharmaceutical industry were the primary drivers of the epidemic. In one unprecedented marketing effort, the pharmaceutical industry financed the lobbying of healthcare professional organisations to include pain (for which prescription opioids were then advocated) as the ‘fifth vital sign’, alongside temperature, pulse, respiration rate, and blood pressure (McGreal 2018).

Historically, opioids were largely avoided by most US physicians, even for terminally ill and cancer patients, due to concerns of opioid misuse dating back to the Civil War (Macy 2018). The marketing campaign for Purdue Pharma’s blockbuster drug OxyContin was orders of magnitudes larger than any other drug campaign. It directly aimed to reduce resistance to opioid prescribing and specifically targeted the highest opioid-prescribing physicians (Alpert et al. 2019).

Case and Deaton’s ‘deaths of despair’ framing (2020) suggests that decades-long declines in the economic prospects for certain segments of the US population, particularly for less-educated whites, and the resulting loss of social capital played an important role in the emergence and development of the opioid crisis. Studies investigating the role of economic factors obtain mixed results and generally do not point to declining economic conditions as the main cause of the crisis.

The deterioration in social institutions and community engagement highlighted in this theory is challenging to study empirically. For example, many modern quasi-experimental econometric approaches require detailed data on social connection/integration for which there are no obvious metrics. Future research investigating the social aspects of this theory may lead to different conclusions.

Prevalence of opioid use disorders

Government data suggest that, in 2019, 1.6 million Americans met the diagnostic criteria for an opioid use disorder (Substance Abuse and Mental Health Services Administration 2020). This estimate understates the true prevalence because, among other reasons, the survey used to collect this information does not sample homeless or institutionalised individuals.

There is heterogeneity in the prevalence of opioid misuse across demographic groups (Scholl et al. 2019). Men are more likely than women to die of an opioid overdose, particularly from illicit rather than legal opioids: men account for two-thirds of the former deaths and 59% of the latter. Non-Hispanic whites are more likely than other racial and ethnic groups to die from a prescription opioid overdose, and opioid-related deaths are higher for younger than older Americans.

Effects on economic and social outcomes

The misuse of opioids has spillover effects on labour markets and healthcare systems and imposes additional social costs, including crime and detriments to child wellbeing. Most empirical evidence indicates that opioid misuse lowers labour market participation and employment, increases disability claims, and lengthens spells of unemployment. Opioid misuse is linked to drug crimes as well as property and violent offences. Tragically, opioid misuse is linked to child maltreatment, child removals from the home, and increases in neonatal abstinence syndrome, a condition in which infants experience opioid withdrawal due to in-utero exposure.

Economic studies suggest that policies such as prescription drug monitoring programmes, pill mill laws, prescribing limits, and doctor-shopping laws reduce opioid prescribing. However, they have more limited effects in environments where many individuals have already become addicted to opioids.

There is no consensus on the specific settings in which these policies operate optimally or on the policy-design features that promote positive outcomes. For example, some economists contend that for prescription drug monitoring programmes to reduce prescription opioid misuse, healthcare professionals must be legally required to check the programme before prescribing/dispensing opioids (Buchmueller and Carey 2018).

Others argue that the effectiveness of prescription drug monitoring programmes primarily depends on whether the system is electronic or integrated with a sophisticated electronic health-records system (Kaestner and Ziedan 2019). Furthermore, policies limiting access to opioids without treating underlying addiction may have harmful spillover effects and lead to substitution to more dangerous illicit drugs.

Policies must be carefully designed and studied to minimise unintended negative consequences from behavioural responses by healthcare professionals and patients. For example, prescribing limits – which bound the number of days’ supply of opioids that a patient can receive for one prescription – are put in place to curtail opioid misuse but may have the opposite effect if prescribers more frequently write prescriptions of shorter length (Sacks et al. 2019).

Treatment-based policies can reduce underlying opioid addiction and allow patients to enter remission (Murphy and Polsky 2016), but there are important systemic barriers within the US healthcare system and society that may limit effectiveness. Provider shortages, stigma, lack of trust on the part of patients, and cost all result in a large degree of undertreatment. The solutions to these barriers are likely multifaceted and will require a coordinated response.

The COVID-19 pandemic potentially intersects with the opioid crisis and may exacerbate it. Social isolation, loss of employment, illness, or the illness or death of loved ones on opioid use and associated problems may affect opioid misuse, although their impact is still unknown. Legislated lockdowns and voluntary social distancing may also limit access to treatment (or to illicit substances) through channels that have not been studied as they are unique to the pandemic.

Research is also needed on the specific settings and features that allow current policies to most effectively curtail opioid misuse, and on how policies can be deployed without disrupting practitioners who are prescribing opioids appropriately to patients who take the drugs as intended and without placing undue burdens on marginalised populations. As new policies are adopted – for example, federal changes in the scheduling of specific opioids – economists can contribute by studying the policy effects.

In summary, while economics has offered valuable insight into the opioid crisis, the crisis shows no signs of abating. Indeed, recent data suggest that drug overdoses between March 2019 and March 2020 increased by 9.1% (Ahmad et al. 2020). More work is needed if this public health crisis is to be mitigated.

Council of Economic Advisers (2017), “The underestimated cost of the opioid crisis”, Executive Office of the President of the US.

Home » A Review Of Economic Studies On The Opioid Crisis – Analysis