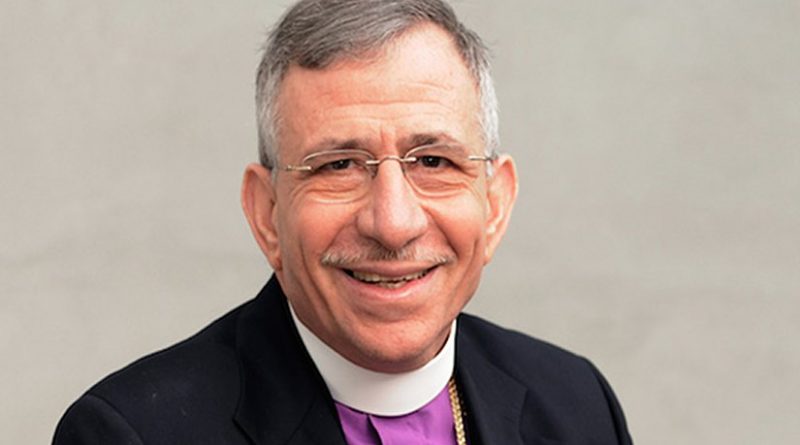 Evangelical Lutheran Church Bishop Munib A. Younan of Palestine is to be awarded the 34th Niwano Peace Prize. Photo courtesy of the Niwano Peace Foundation.

The president of the Lutheran World Federation will receive a prestigious Japanese Buddhist peace award in July.

In choosing Bishop Younan, the selection committee said he “has devoted his life to building peace with justice in the Middle East and globally.”

“He continues tirelessly in a self-sacrificing manner promoting dialogue and joint action between religions and over ethnic and national divisions” while strongly condemning all kinds of religious extremism and terrorism, the committee continued.

The presentation ceremony will take place in Tokyo on July 27.

Last year, the Lutheran prelate and Pope Francis jointly led the ecumenical commemoration of the Reformation held on Oct. 31 in Lund, Sweden, and signed a joint statement.

NPF established its peace prize to honor and encourage individuals and organizations that have contributed significantly to interreligious cooperation, thereby furthering the cause of world peace.

The prize is named in honor of Nikkyo Niwano who is the NPF founder and first president of the lay Buddhist organization Rissho Kosei-kai, which established the foundation in 1978.

The first winner of the award was the late Brazilian Catholic Archbishop Helder Pessoa Camara in 1983. Cardinal Paulo Evaristo Arns also from Brazil, Swiss theologian Hans Kung and the Community of Sant’Egidio in Italy are Catholics who have been previous winners.