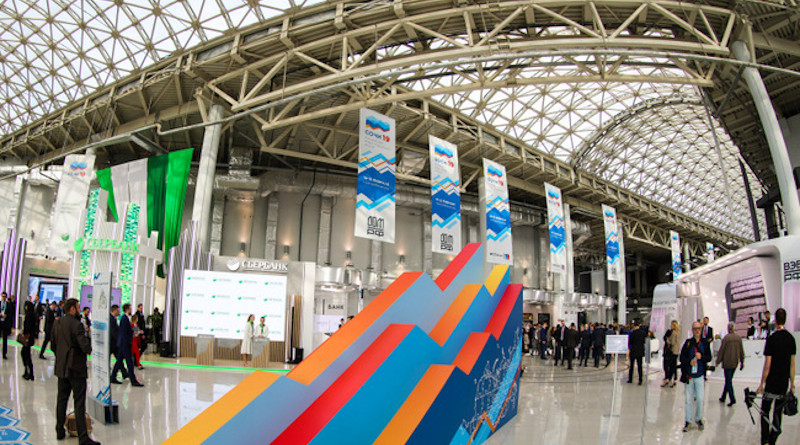 Russian Prime Minister Mikhail Mishustin signed a decree postponing the holding of the Russian Investment Forum (RIF), which was scheduled to take place in Sochi on February 12–14. The corresponding document is published on the website of the Russian government.

According to it, the forum was postponed after the World Health Organization (WHO) declared a global health emergency due to the outbreak of novel coronavirus infection in China in order to prevent its spread in Russia.

According to the website of the Roscongress Foundation, which organizes the RIF, the government of the Russian Federation will announce the dates of the next investment forum after considering the proposals of the organizing committee of the event. Forum participants who have booked accommodation and transportation services via the Roscongress Foundation’s services division will receive full compensation for expenses incurred.

According to experts, the investment forum in Sochi, which is traditionally held with the participation of the Prime Minister of the Russian Federation, is one of the largest economic events not only in Russia, but also in the international arena, so the postponement of the deadline will not affect its popularity.

Annual statistics show an increase in popularity of the event. The number of its participants since the first investment forum in 2002 has increased several times. Thus, according to the organizers, over 8 thousand people visited the venue in 2019. The forum in Sochi was attended by officials and businessmen from more than 65 foreign countries, including the US, Switzerland, Great Britain, France, Germany, Italy, China, the Netherlands and Japan. As a result of the RIF, 567 agreements were concluded for a total amount of over 968 billion rubles.

It was planned that this year the forum discussions within the business program will focus on three main thematic areas: Investing in the Regions: Goals, Objectives, Tools; Digital Economic Transformation: Practical Results; and Human Capital: A Foundation for Future Leadership.

Commenting on the importance of the forum held in Sochi, Ivan Acosta, Minister of Finance and Public Credit, Nicaragua, stressed that the Russian Investment Forum has gained a reputation as a world-class economic event.

“We have it corroborated by reviewing the economic-statistical reports of Roscongress. Therefore, for the 2020 Forum, our expectations are much higher since this platform allows our country Nicaragua to participate in an ocean of opportunities, attracting foreign direct investments, public-private investments, strengthening our commercial value chains, which will influence in increasing the commercial exchanges of our countries. It will also allow us to facilitate Nicaraguan companies get excited in the global economy consistent with the strategy of diversifying markets that always provide more opportunities,” the minister said.

According to him, the Sochi forum has become one of the most important destinations for the dialogue of Russian and global businesspersons in searching of mobilizing more investments and businesses with leading global firms in America, Asia and Europe.

“The forum is a window that allows our countries to exchange with leading firms for large infrastructure investments; to install market-leading industries that place our products in the international market with great value; […] We hope to continue exciting investors to know the ocean of opportunities that Nicaragua has to invest, with a decade of the strongest economy growth and foreign direct investment,” Ivan Acosta stated.

In turn, President of the Russian Investment Agency (RIA) Yuri Spiridonov shared the opinion that the Sochi investment forum was to be not only the first large-scale event of its kind in 2020, but also serve as a “litmus test of business sentiment” and its reaction to renewing the composition of the government and Russian President Vladimir Putin’s message to the Federal Assembly.

“Vladimir Putin set a goal to increase the annual growth of investments to 5%, and increase their share in the country’s GDP from the current 21% to 25% in 2024. To this end, the government was instructed not to change the tax conditions for business for six years, to compensate the regions for two-thirds of the lost revenue,” he reminded.

“The government should complete the reform of control and supervision activities, use the resources of the National Welfare Fund for the injection of additional financial resources into the national economy. The business, for its part, should now send a signal about its perception of the promised preferences in the implementation of large projects and business initiatives of small and medium-sized businesses,” RIA President said, adding that the Sochi investment forum could become such a platform for dialogue with the authorities on this issue.

“The forum covers a large number of topics, many of which are of special interest to southeast Asian countries since among the topics included are future technologies, global trends and a whole range of issues under finance and trade. The RIF is also important for those who want to network with Russian business leaders and government officials, which is essential for those who try to forge closer economic ties,” the analyst said.

In his opinion, it is be difficult for Southeast Asian businesses to gain a foothold in Russia, but the Sochi forum can help them to establish contacts with partners.

“The Southeast Asia does not have close economic cooperation with Russia. The RIF is an opportunity to do this. At the same time, e Russian government should do more to extend an arm of assistance towards Southeast Asia. Russia has traditionally restricted its attention to Europe and Central Asia but the time has come to expand its sphere of influence and commercial interests to cover Southeast Asia,” Shankaran Nambiar explained.

Meanwhile, Oleg Prozorov, Director General, the Belgian-Luxembourg Chamber of Commerce in the Russian Federation, said that the RIF is a convenient and effective platform for negotiations with the regions of the country.

“The board of the Belgian-Luxembourg Chamber of Commerce in the Russian Federation sees the investment forum in Sochi as a platform for business development on a regional scale. So, the achievements of last year’s RIF allowed us to bring our business missions to Western and Eastern Siberia, to the north and west of Russia,” he said.

According to him, in late January, extensive consultations were held in Brussels and Luxembourg with member companies of the chamber, and therefore it was planned to present a “package of constructive proposals and suggestions” at the forum in Sochi.

Oleg Prozorov added that in 2020, negotiations are scheduled with representatives of authorities of several Russian regions and business partners to discuss investment projects of Belgian and Luxembourg companies.

“In addition, we look forward to holding a forum for more detailed acquaintance with the plans of the new Russian government in the field of international cooperation,” said the Director General of the Belgian-Luxembourg Chamber of Commerce in Russia.

He also drew attention to the enormous preparatory work carried out by the Roscongress Foundation in organizing events, and expressed confidence that within the framework of the RIF-2020 the chamber and the foundation will sign an updated cooperation agreement, which will open up new integration prospects for European businesses in Russia with the Eurasian economic space.

Home » Experts: RIF One Of Main Economic Forums In Russia And Abroad