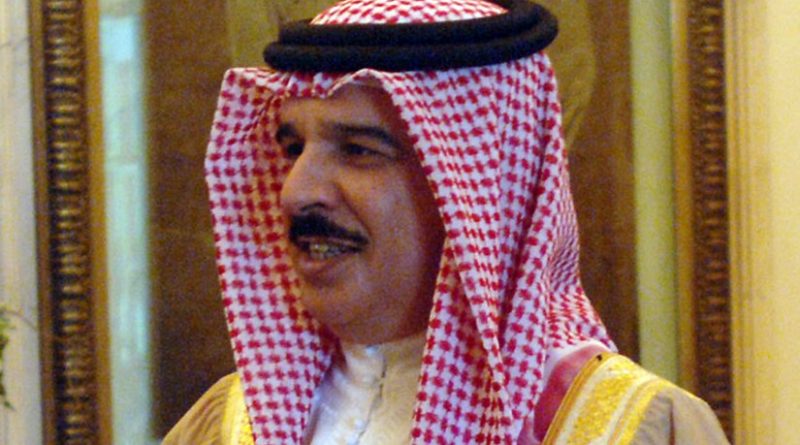 Bahrain’s monarch Hamad bin Isa Al Khalifa said earlier this week that a “foreign plot” against his kingdom has been foiled, and he thanked his Sunni neighbours for sending troops to subdue weeks of unrest.

Al-Jazeera reports that in a speech adressing the troops, Khalifa said: “An external plot has been fomented for 20 to 30 years until the ground was ripe for subversive designs … I hereby announce the failure of the fomented plot.”

While Al Khalifa did not directly accuse Iran, tensions between Bahrain and Iran have intensified in recent weeks after President Mahmoud Ahmadinejad spoke out against the Bahraini crackdown on protesters and the deployment of foreign troops to quell the demonstrations.

Al Khalifa insisted that if the “foreign plot” had succeeded, it would have spread to neighbouring countries.

After facing weeks of protests, Bahrain asked member states of Gulf Cooperation Council for military assistance to restore order. In response, 1,000 troops from Saudi Arabia and 500 from Untied Arab Emirates arrived in Bahrain to confront protesters, while the government began widespread arrest of Bahraini Shiite leaders.

The violent clampdown on protesters led to scores of deaths amongst the Shiites, who constitute the majority of Bahrain’s population.

Iran, Bahrain’s non-Arab Shiite neighbour, responded by condemning the oppression of protesters and the deployment of foreign troops in the Gulf Island Kingdom.

According to official reports, four people were killed in the crackdown on protesters. Since the beginning of the street protests, at least 11 people have been killed, and the king has announced a three-month state of emergency.

Today during a funeral in a Shiite township, 2,000 people once more called for the resignation of Al Khalifa.

Yesterday, Hadi Al-Mousavi, a former representative of the Vefagh Party, a Shiite opposition party, announced in front of a UN building in Manama that 100 people have disappeared without a trace.

“We have no information about these people. We have inquired at hospitals and government offices, but no one has given us any response,” Al-Mousavi declared.

Protesters in Bahrain have been calling for a “constitutional monarchy” that would allow the people to elect their government.

Opposition leader Ali Salman told Associated Press yesterday: “We don’t want Iranians to come. We don’t want a big problem in this small country.” He said the solution to the country’s crisis has to come from its people.