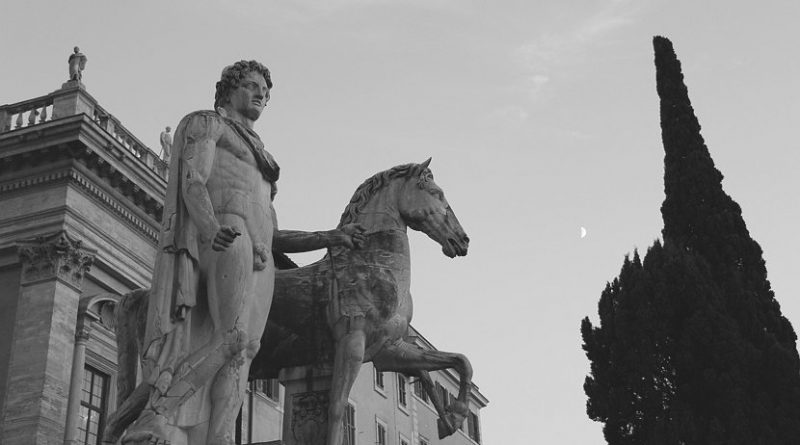 Can Johnson pledge same expenses without a Pound disaster?

“In a divided world without world leaders, in reality we all suffer from the temptation of some to proceed alone,” so speaks former Prime Minister Gordon Brown, in a heartfelt article in the Guardian. And Peter Liese, a brilliant German Christian Democrat member of the European Parliament adds: “If the UK has difficult times in three months and at that time Europe managed the crisis in a way that is called upon to assist Britain, let’s imagine how the British will react.”

It is clear that many forces hope that Europe will not be successful and the Coronavirus will be exploited for this purpose. Severely defeated on the electoral terrain, the Anti-European Virus seeks an ally in the Coronavirus. The techniques are the consolidated ones of anti-Europeanism which, moreover, have failed sensationally in the electoral test. Pillar: lack of unity of response. So better alone, than badly accompanied.

Lack of response units? America is divided in an increasingly dramatic way on how to deal with Coronavirus. It is enough to go through some American newspapers – of course for leaders who know English – to understand that the clash between the various political forces is epochal, Hurricane Katrina style, it will probably cost Trump a re-election that only two months ago seemed inevitable. Yet it is a country that for 200 years has enjoyed uniform political management! But what escapes to the fans of the Nationalistic Virus is that democracy not only requires different opinions, but feeds on those. With what intellectual courage can European nationalistic leaders complain about the different opinions of leaders of different European countries when in America these conflicts are even more serious and after Brexit in Great Britain they are even leading to a civil war of information?

It is evident that in Italy Salvini is shocked by the growing credibility of the government, and because of the insufficiencies of the rallies on the beach, the uselessness of the provocative bells rang in the Bologna area, and the incongruent walks hand in hand with his fiancée in deserted Rome, he understands that “Salvini style ”is losing the battle sensationally with “Conte style”, an intelligent PM, whose sober and convincing style allows him to be increasingly perceived in the country as a unifying European leader.

Of course Lagarde made unhappy declarations days ago denying the role of central bank to defend financial credibility of states facing higher spreads. Thankfully, Italian President Mattarella stigmatized that immediately as dangerous not only for for Europe and Italy. But the Fed chief has also been severely attacked by Trump. Cristina also corrected the shot – and if she heard more often form Super Mario (as Draghi, previous Chair of ECB is called) she would benefit from it – but without the intervention of the ECB, Italy’s monetary policy would have already been shattered like Germany when billions of marks were needed to buy a kilo of bread. With the necessary money manoeuvres Italy needs, we would have started the monetary inflation of the great German crisis with the small detail that since tourism is blocked and the duties outside growth, there would not even be the claimed benefits of the inflationary currency on which the opponents of the euro bet their chips.

Europe disturbs many. And therefore it is indigestible to many. But what the Virus of nationalism in Italy now fears to understand – which should apply to all European countries – is that just as the national solidarity around the government grows, and a sober style of communication of the Italian PM, as well as that of other European leaders in these days, perhaps the Coronavirus, before giving up thanks to the vaccine, will eradicate this anti-historic nationalistic virus.

Meanwhile, in this fratricidal war of viruses there is one that seems to have been eradicated, and that is that of football, basketball, soccer TV addiction, because  TV attendance when it is excessive is a virus. One of the greatest living biologists Richard Dawkins, has expressed a bio-genetic theory that goes by the name of Egoist Gene, which we should reflect on about the sport TV Virus. For the selfish gene theory, Dawkins is perhaps equal to two other British biologists Charles Darwin and Alfred Wallace (these I always quote them together because perhaps Wallace expressed even before Darwin the theory of evolution by natural selection but the world, who knows why, this is often ignored him, and as such this then is a modest personal tribute that I feel to pay him by quoting him with Darwin).

Richard Dawkins states that the selfish gene – pillar of anthropic reproduction – sometimes acquires a Meme – widespread behavior – and turns it into a Gene. The transition from Meme to Gene implies a biological transformation of enormous importance, due to the fact that a habit can become a bio-genetic component and invalidate the evolution capacity of the species (which would then be ours)! Personally I am passionate abou soccer – although I honestly love bullfights more – but I am also passionate about cycling, rugby, cricket (which I don’t understand), baseball (which I understand halfway) and I’m grateful to TV for bringing so many sports shows, but if the Gene selfish, via Meme, transforms Sport TV into Gene, there is a biological-cultural danger, which is equal and perhaps worse than 1984 by Orwell, Fahreneit 451, Bradbury, Brave New World by Huxley and Us by Zamjatin.

I would not like the modern western contribution to the great dystopian texts to be the Meme Sport TV. Speaking of viruses, I can say it because I am very fond of football since I was a child, but it’s nice to see that in Italy TV football has disappeared without the majority of the televedents have suffered and a las seis de las tardes prefer to sing jointly, from the balconies of all towns, famous Italian songs. The time is just the right one for people referring to Coronavirus to say together to the government, singing from the balconies, MATALO.

One thought on “Brexit And Coronavirus: Runaway Inflation Avoided In Italy And Other European Countries Thanks To Euro – OpEd”