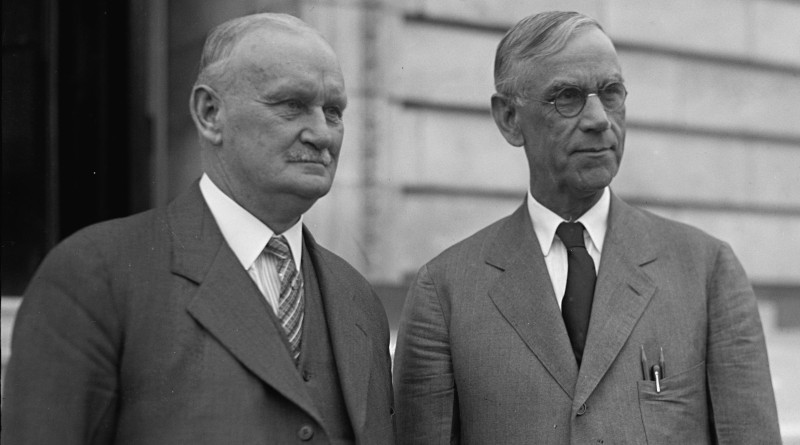 The impact that Covid-19 has on the global economy is another challenge the world must face after an increase in global trade frictions. While the pandemic does not directly affect trade frictions, under certain unique conditions, it is entirely possible for the two to come together to form a new international trade friction. This time round, it will be difficult for China to opt out of the matter.

For China, the combination of the pandemic and trade frictions is a sensitive and controversial issue. Should China extend a helping hand to the world and the United States seeing how fast the pandemic is spreading? For ANBOUND who had expressed its views in the past, the answer is a resounding yes, and a necessary one at that. In view of the intensified geopolitical confrontation and the U.S.-China trade war that is happening, China’s act of providing personal protective equipment (PPE) will be a geopolitical act, and China gets to provide international aid to other countries affected during the pandemic. This gives China the opportunity to reinvent its international image and improve its relationship with the United States particularly.

No matter its intentions, be it an act of humanitarianism, diplomacy, a sheer sense of duty coming from a powerhouse country, or focusing on improving the international trade environment, or just restoring balance to the international order following the pandemic, China should seize the opportunity and ramp up its support to the world and the United States, as it concerns its major future national interests.

To a huge country like China, a global catastrophe can be a taxing responsibility and will truly put its coping abilities to the test. Thus far, the country has aided more than 80 countries, though the assistance is mostly handled by enterprises or certain subnational institutions who are lacking in the department of careful planning and arrangements. This makes their presence somewhat limited, and with it, its impact to the world. If this persists, China will surely become a geopolitical target for certain countries once the outbreak is over and come under concentrated assaults so to speak. Even if China has a solution to things, there will be a huge price to pay. With that said, before such a situation happens, it would be ideal for China to assume measures with cost-effective policies to remedy the matter.

Such warnings are no tall tales, given it has happened in history previously, and at an extremely costly price. The current global economic crisis and trade friction possess great similarities to the 1929 Great Depression and as such, the rise of conservatism during the economic slump is highly probable. The Smoot-Hawley Tariff Act that was enacted then, is a prime example of this. The bill worsened the Great Depression but benefitted U.S.’ domestic politics to a certain extent.

The idea of Smoot-Hawley Tariff Act came about before the Great Depression even happened. Following World War I, the American agriculture prospered as a result of a rise in popularity for machines and intensive management, which led to a marginal increase in various agricultural products’ output. Unfortunately, this was accompanied with a fall in its prices which upset many American farmers. They believed that excessively low tariffs can cause foreign goods to have a negative impact on the production of domestic agricultural products and called for tariffs to be increased.

The statement “increasing tariffs on agriculture will improve the current status of agriculture” garnered immense support in the American political arena so much so that when populism rose in the mid-1920s, the United States Congress was flooded with requests to lower tariffs on industrial products whilst simultaneously increasing them on agricultural products. However, they were rejected by then United States President Calvin Coolidge.

However, all that changed came the 1928 United States presidential election.

Republican Herbert Clark Hoover won over the democrats’ votes during the presidential election through the promises he had made to farmers, and in doing so, managed to take over the office in May 1929. Eager to fulfill his promises, Hoover urged the Congress to discuss tariff issues and come up with countermeasures soonest. Being a part of the Ways and means committee, Wills Chatman Hawley spent 43 days and 5 nights visiting farmers and businessmen to collect 11,000 pages worth of statement, eventually formulating a plan based on the statements to increase the tariffs on 845 commodities (agricultural products mainly) and reduce tariffs on 85 commodities (industrial products). By the month Hoover officially took over the office, the House of Representatives had passed the bill with high votes. Promoted by Reed Smoot, the revised bill was passed with a marginal majority of 44:42 in the Senate on March 1930 and was signed into law by Hoover shortly thereafter on June 17, 1930.

The most prominent part of the bill echoes today’s scenario, and that is raising the tariffs in more than 20,000 imported goods to its highest ever in history and using the bill to secure and establish the U.S.’ spot in the trade war tariff happening in the world market. Back then, 1028 economists signed a petition to boycott the bill after it was passed and many countries even imposed retaliatory tariff measures against the United States, causing imports and exports in the U.S. to drop more than 50%. Some economists believe the Smoot-Hawley Tariff Act was the catalyst behind the sharp decline in the scale of trade between the United States and Europe from its historical high in 1929 to its historical low in 1932.

In fact, many people were against the act. Aside from the large number of economists who opposed the act, automobile baron Henry Ford himself too spent a whole night at the White House persuading Hoover to veto the measure, claiming the act was an “economic stupidity”. Advisor to Hoover, Thomas W. Lamont of J.P Morgan recalled, “I almost got down on my knees begging Herbert Hoover to veto the asinine Smoot-Hawley Tariff. That act intensified nationalism all over the world.”

Going by the current situation, the lack of PPE has created a wave of social public opinions across the United States. If President Donald Trump were to survive a second term, he will continue with the high-tariff policies. It does not matter if an era of “Smoot-Hawley Tariff Act” happens or not, because the outcome will be the same anyway. If Trump loses the election and a democratic President comes into power, then passing a measure like Smoot-Hawley Tariff Act can suppress the new Democratic president (since the U.S. Senate is in the Republican hands).

Therefore, no matter who is the next U.S. President, if China does not step up and take the appropriate and positive action to shape the public opinions of its image, the worst will happen and cause China to pay a hefty price in the future. Thus, China’s act of aiding the United States must now go beyond exporting masks and protective gears.

It cannot be stated enough that China needs to help the word and the United States, it is as simple as the analogy of running a business and helping one’s customers, that’s really all there is to it. China’s economy needs an external market, and the United States happens to be its largest one, and if a customer is experiencing some problems, it is only natural for the business to troubleshoot for them. After the first wave of Covid-19 pandemic, China’s biggest challenge is to resume their production as per usual, yet this cannot be excluded from the world market demands.

As ANBOUND had mentioned previously, data regarding the Covid-19 analysis predicts the pandemic will remain in the United States until late May, and late April to mid-May will be the country’s hardest hitting times. Once the worst is over, the American health care system will be able to adapt and cope with the pandemic at large, and the country’s largest health care system will also be integrated successfully.

This is evident by the American hospital system’s effectiveness in coping with the pandemic, as they are moving from the initial stage of panic to one that is orderly, and so far, there has been little chaos in the hospitals. The United States Centers for Disease Control and Prevention (CDC) and other health officials are also adjusting to the situation whilst righting their past mistakes, so one can expect vital changes to happen soon. If the United States’ large economic and health care system have adjusted properly, the demand for external PPE will decrease, and so will the need for China to provide further assistance, as it will no longer mean much. Such is the case with Europe, where the outbreak is dying down, and some countries are even considering loosening the lockdown orders and restoring the economy soon. Simply put, this is China’s last chance to play their role in supplying PPE to the affected countries

Practically speaking, the United States and Europe not only serve as China’s largest and most beneficial markets, they also happen to be the country’s key international trading partners, if ideology is ignored. As the outbreak in the United States and Europe continues and that these countries require help, China needs to provide necessary assistance to countries urgently. This is where the image of China being a great country and national interests lie, and if the necessary actions are carried out, China will be able to prevent a new era of the Smoot-Hawley Tariff Act.