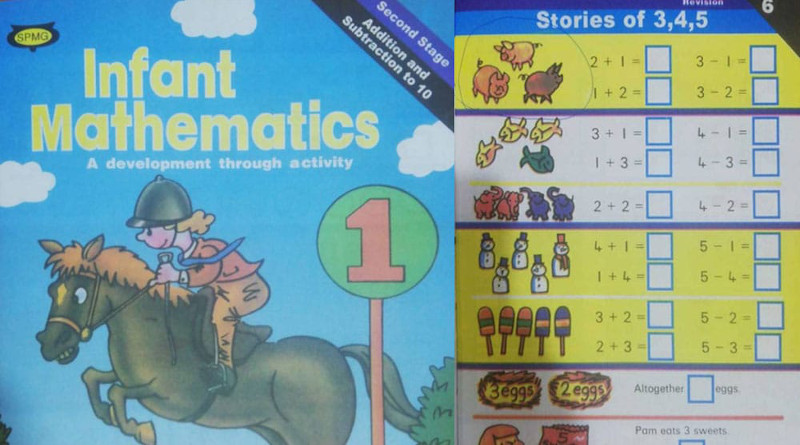 A Punjab Curriculum and Textbook Board circular banning a school book due to Christian content has sparked an outcry over its derogatory overtones.

The circular issued on May 20 on social media banned Infant Mathematics, a grade-one book that contained images of pigs and Christmas trees to solve basic arithmetic problems.

Rai Manzoor Hussain Nasir, managing director of the Curriculum and Textbook Board, also sent a notice to the owner of Sunrise Publications.

“The board shall not approve the printing, publication, selling or prescribing in an institution of any textbook or supplementary material which is or is likely to be detrimental for examination or assessment purposes, or which contains anything repugnant to the injunctions of Islam, or contrary to the integrity, defense or security of Pakistan,” he stated.

Punjab’s Education Minister Murad Raas issued a revised circular and shared an apology on Twitter on May 21.

“In the circular issued on social media yesterday regarding banning of a certain book with the Word ‘Christmas’ was added accidentally & unintentionally. My sincere apologies to all our Christian brethren. The mistake has been corrected & will make sure this never happens again,” he tweeted.

The move has angered minority rights activists who urged Prime Minister Imran Khan to terminate the minister for “Christophobia, derogatory and clashing” statements.

“He has declared Christmas and New Year vain festivals of Western civilization on social media. Action has been taken by the managing director of Punjab’s Curriculum and Textbook Board. The Pakistan Minorities Teachers’ Association condemns the derogatory tweet,” Anjum James Paul, a Catholic professor, told UCA News.

“Please note that New Year is also a religious festival for Christian community and special prayer services are always offered in the churches throughout Pakistan on this occasion. So exclude this as well from the circular,” she wrote in a tweet replying to the minister.

Earlier this month, Punjab’s governor made it compulsory for Muslim students to attend “Quran with Translation” lectures.