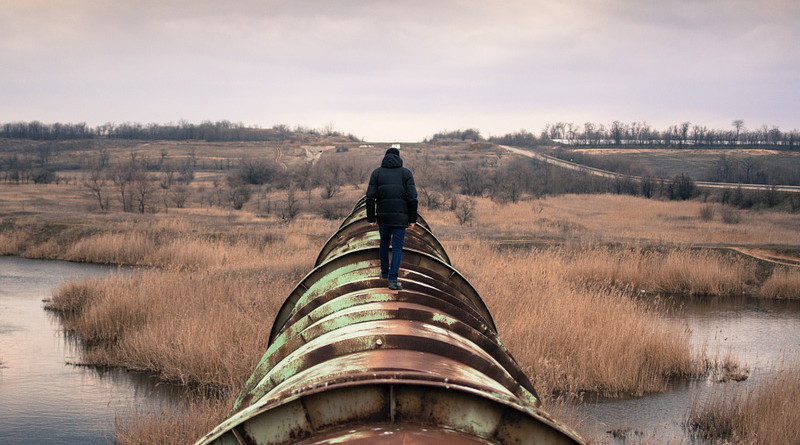 Natural gas supplies to the People’s Republic of China have helped drive Central Asia’s economic growth for the last decade. For no country is this more true than for Turkmenistan: over 90 percent of Turkmenistan’s total exports is natural gas exports to China. This figure is up from near zero before the Central Asia-China gas pipeline opened in December 2009. In 2019, Turkmenistan sold Beijing just over 30 billion cubic meters (bcm) of natural gas, with Uzbekistan and Kazakhstan each selling 10 bcm. The initial outbreak of COVID-19 in China caused significant disruption to these supplies. As the pandemic continues to have an effect on energy demand, a result of the ongoing global economic slowdown, the short-term outlook for Central Asia is troubled. However, over the medium term, the crisis appears set to solidify China’s role in the region—at Central Asia’s expense.

The Pandemic and Energy Exports

The first hint of trouble came in early March when the head of Kazakh state pipeline company KazTransGas (KTG) announced that his firm had received a force majeure declaration from Beijing regarding its natural gas supplies. China released import data for the first two months of the year jointly, arguably in an attempt mask the impact of COVID-19 on the economy, but Turkmen imports—the best proxy for China’s total natural gas imports—were published shortly thereafter and had fallen some 17.2 percent. Chinese imports from Uzbekistan, of which gas is a major component, fell a staggering 35.4 percent. However, the picture is heavily clouded by the fact Kazakh exports rose by 31.6 percent. The trend continued in March and April, both of which saw year-on-year declines for Turkmen and Uzbek exports in excess of 20 percent and 30 percent, respectively, while Kazakh exports again increased by more than 20 percent.

Doubts remain about Beijing’s data. In early April, China’s National Development and Reform Commission claimed that natural gas consumption increased by 1.6 percent to 78.5 bcm in the first quarter of the year. This number stands in stark contrast to the decline in economic activity observed during that time period, with industrial output falling by 8.4 percent in Q1. Beijing did begin to import natural gas from Russia through the Power of Siberia pipeline, launched in December 2019, with Russian state media reporting on June 4 that deliveries since the launch amounted to just 1.58 bcm. Other drivers of natural gas demand were also likely negatively impacted by the COVID-19 pandemic and lockdown measures. China has a relative dearth of natural gas storage capacity—around 10 bcm, most of which was reportedly already full at the start of the first quarter. Beijing also triggered force majeure clauses on a number of liquefied natural gas (LNG) cargoes, though later in the quarter it began to purchase additional LNG as spot market prices fell to new lows.

It is too early to say with any confidence whether Beijing’s economy will rebound fully this year. The pandemic has created a number of remarkable new market dynamics in the hydrocarbon sector, as encapsulated by the April 20 collapse of the main U.S. oil benchmark to below US$-30, despite the fact that the prospect of negative oil prices was hardly imaginable just weeks prior. There are now concerns that trading in natural gas markets could lead to a similar phenomenon in LNG spot pricing as global supply far outpaces present demand, even as a number of new sources appear set to come online.

It is understandable that Beijing would look to take advantage of the collapse in natural gas prices following the COVID-19 pandemic—which broke the record lows set just before the disease spread globally—but it paints a grim picture for Uzbekistan and Turkmenistan. On the other hand, Kazakhstan appears to be doing well. Data released by Kazakhstan’s state oil and gas company, KazMunaiGaz (KMG), on June 3 showed a remarkable increase in natural gas revenues to US$527m in Q1, up 15.3 percent year-on-year. KMG noted that this was “on the back of [an] increase in export volumes,” though it did not detail these exact volumes but given the general price decline, it is all but certain that this was due to increased volumes of gas being shipped to China.

Put simply, it appears that Beijing is spurning Turkmen natural gas imports in favor of those from Kazakhstan. Beijing also appears to have cut back on Uzbek natural gas imports, although the more diversified mix of goods that Uzbekistan sells to China and the lack of granular data makes this difficult to verify. The great unknown in these relationships is the terms on which the various Central Asian states sell natural gas to China, as neither side has ever detailed the contracts. It may well be that its agreement with KMG is far more favorable than the deals with its counterparts in Uzbekistan and Turkmenistan, but even if this is the case, the decision to cut their imports may have significant political ramifications.

Central Asia has long been seen as a geopolitical battleground even though Russia’s political dominance has yet to be challenged seriously by Beijing’s growing economic role. Moscow remains a large investor, but lacks the growth prospects that Beijing has dangled through its gas purchases, Belt and Road projects, and associated financing. China’s apparent preference for Kazakh gas imports at present is unlikely to result in a Chinese effort to politically challenge Moscow and Nur-Sultan’s close ties, but it could cause more Central Asian states to seek to balance their only two serious options for partnership. For instance, in February, Uzbekistan became an observer of Russia’s Eurasian Economic Union (EAEU) under pressure from Moscow, though before 2019 it long refused to consider membership.

Whether the Russian-Chinese relationship comes under strain in Central Asia will depend on how long-lasting and deep the COVID-19-induced economic slump proves to be. Yet, that Beijing is cutting Turkmen gas imports so deeply—forcing even President Gurbanguly Berdymukhamedov, typically extremely fond of economic fantasy, to acknowledge the likely downturn—indicates that China feels secure in its position. Ashgabat’s dependence on China is not in question; the risk of Moscow re-asserting itself at China’s expense is not present.

With Russia’s economy also set to slow due to COVID-19, it will likely not be able to re-assert itself economically in Central Asia. Amid the clash between declining gas demand and increasing gas supply from both European LNG terminal development and Moscow’s own pipeline projects, Russia is in no position to pump significant quantities of Central Asian gas to Europe.

China’s sheer size and Central Asia’s geographic isolation mean that over the medium term Beijing remains the sole major option for Central Asian economic development. Though the United States is set to withdraw from Afghanistan, the country is unlikely to be sufficiently pacified to open up a true southern trade route. For other Central Asian states, exporting via Turkmenistan and Iran is not a serious option given the Berdymukhamedov regime’s poor record as a trade partner and the sanctions environment around Iran. Chinese demand may be impacted in the short term, but if the most serious potential political consequences of the economic downturn in the region can be avoided, Beijing’s long-term push to move towards gas-powered energy sources should see sales growth resume. Yet, this is unlikely to provide a sufficient economic boost to the region.

Europe and the United States are largely disinterested in the region and face their own challenges closer to home, making it highly unlikely that Washington will step up activity in Central Asia. With significant LNG resources due to come online, growing competition from Russian gas supplies, and dreary global demand outlooks, China may be able to secure even lower prices from its Central Asian suppliers.

Chinese natural gas will remain at the core of Central Asia’s economic development over the long term, but it is unlikely to drive significant growth.

*About the author: Maximilian Hess is a Central Asia Fellow in the Eurasia Program at the Foreign Policy Research Institute. He is the Head of Political Risk Analysis and Consulting at AKE International in London, where he also heads the Europe and Eurasia desks.