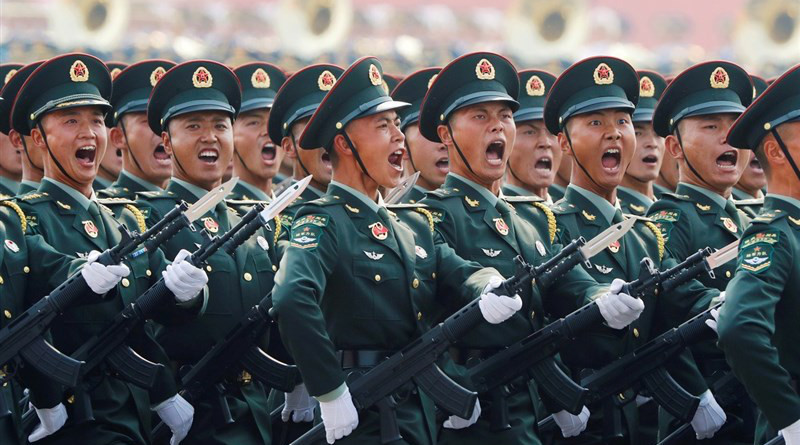 What does China want? This question is now ubiquitous after China’s reprehensible misadventure with the Indian army near the Galwan River. Just when the concerns between the two armies were supposed to deescalate, China’s dastardly act creates a more resolute India in its vision of China. This became evident from PM Modi’s speech in which he highlighted on India’s peaceful resolution while emphasising that “sovereignty and integrity of India” can never be compromised.

There is a certain perception that China is no Pakistan: they execute well-thought plans! If at all true, the obvious concern will arise with China’s rationale behind such a provocative move, which not only makes India react but also places the former in a very negative light in front of the global community. China’s new misadventure with unilaterally redefining a loosely delineated LAC, and then escalating this to a rustic, wild street fight with the clubs and stones can be interpreted as a panic reaction. The Indian reinforcements in the geo-strategic domains are possibly one of the reasons that are clearly cornering them.

There is also the Covid-19 issue, where China is the clearly identified villain for the global community. Their misdemeanours in the South China Sea with escalated stand-offs with Vietnam and Malaysia are readily reported. Their open threatening of Australia for the latter’s call for independent Covid-19 investigation and their wolf-warrior diplomacy is falling flat on its face! In the scenario of this pandemic crippling the global economy and polity, instead of maintaining a low profile and act as a partner trying to promote global peace, China has acted in a way that can be best be described as “opposite of the optimum”. China is not just emerging as a “global bully”, a deeper insight may reveal that its policy and governance brings it very close to North Korea. China is indulging in what are more knee-jerk reactions than well-thought plans. It is possible that India’s exalting positions over the last few years in the geo-strategic space and reinforcement in the borders are making them wary of their Himalayan neighbour.

The Covid-19 scenario has been witnessing the QUAD (a potential security arrangement among Australia, India, Japan, and the US) in the Indo-Pacific projecting a more prominent role for India in the region, whereas China has lost substantial grounds in the geostrategic space. It is no longer a trusted partner except for a few nations that have already fallen prey to its “market imperialistic” design of Belt and Road Initiative (BRI) due to lack of vision, wherewithal, and diligence. So one hand, such knee-jerk reactions may emerge out of sheer “geostrategic jealousy”.

On the other hand, China may have been genuinely concerned with India’s reinforcements of borders ever since the Doklam skirmish. Probably, China apprehends that any reinforcement in the form of deployment can indeed render China-occupied Aksai Chin and the western parts of Tibet vulnerable, thereby jeopardising the China-Pakistan Economic Corridor (CPEC).

The third possibility remains India’s strategic proximity with the USA, Australia and Japan. The US President’s prime weapon to ensure incumbency in the forthcoming US presidential elections in November happens to be feeding the Electoral College with rants against China. Australia and Japan are also supporting Indian causes in geopolitical forums. Hence, this “club and stone” skirmish may be a veiled threat from Beijing to Delhi for getting close to the US and other allies.

This is where China is committing its biggest mistake. With a negative public sentiment about China prevailing in India, China, with delinquent antics, is virtually pushing itself to lose out on the buoyant and burgeoning Indian market. This will hit them hard! There is hardly any other market in the world that can boast of having more than 50 per cent of its population below the age of 25 and more than 65 per cent below the age of 35, and whose incomes have increased annually in the range five to 8.5 per cent between 2009 and 2018.

While Covid-19 will shrink the Indian purchasing power, it is bound to grow fast over time. Earlier, China understood these dynamics, and therefore, wanted to establish the Bangladesh-China-India-Myanmar (BCIM) Economic Corridor with the tacit objective of exploiting the cheap factor markets (human and natural capital) of eastern India and capturing the growing demand or the product markets of the western, southern and northern India. India gave the project a cold shoulder.

India further had various issues with joining the Regional Comprehensive Economic Partnership (RCEP), a regional trade agreement with 15 other members (including ASEAN and Australia, China, Japan, New Zealand, and South Korea) and withdrew from the trade pact. One of the major problems in the trade pact for India was the very presence of China. Therefore, with Australia and India showing clear proclivities of reducing their Chinese import dependence, the geopolitical and geostrategic problems of China with various ASEAN nations whether over the issues over the Mekong or the South China Sea, won’t it be a wise move to eject China out of RCEP to begin new negotiations? There cannot be a more potent weapon than the economic one.