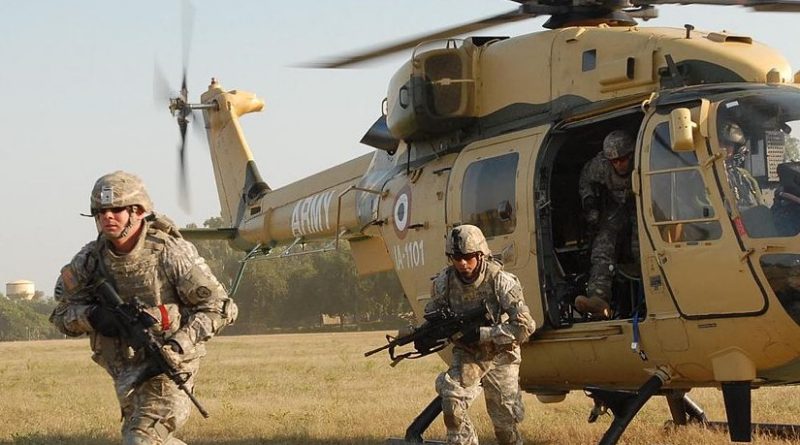 There are who many can’t understand why Col AK Sharma went out of his way to put his life on the line in Handwara (J&K) during an encounter with terrorists last month; or why Colonel Santosh Babu recently did exactly the same thing in Galwan Valley of Ladakh. So, when people say that the job of a commanding officer (CO) is to direct his men to fight and not get involved in the fighting itself, there’s no need to get agitated. Because this they do so largely out of ignorance and as the result of trying to corelate the appointment of a CO with that of a CEO in the private sector. Resultantly, at times, the act of an army CO knowingly exposing himself to grave danger is perceived by many as unwarranted heroics.

On the face of it, there’s no doubt that both an army CO and CEO in private sector are responsible for the efficient functioning of the setup they have been selected to head. There’s also no denying the fact that in order to fulfil their assigned responsibilities, both have to ensure that the output of their setup is optimal and this in turn is only possible when their respective workforces are well motivated. Yet, despite these striking similarities in the job content of both military and the private sectors, it’s the common issue of motivation that makes the job content of a CO and CEO as different as apples from oranges.

This is because while the aim of a CEO motivating his workforce is to achieve greater efficiency, for an army CO the terminal objective of motivation is ensuring that his men are ever prepared to accomplish any assigned task by willingly exposing themselves to danger and if required, even unhesitatingly lay down their lives in the line of duty! So, to put it bluntly, while a CEO’s main concern is to motivate his workforce to achieve peak productivity, for an army CO motivation means having officers and men who are ‘ready to die’ for the name of their unit and glory of the country!

Whereas incentives like remuneration and incentives can help a lot when it comes to the issue of motivating people to bolster productivity, but in order to motivate a man to be ready to sacrifice his life requires much more- and that’s why unlike a CEO, the CO is not merely an executive but a veritable institution!

So, what exactly is the charter of duties and responsibility that a CO shoulders? Well, there is no dearth of material available on what being a CO is all about. However, it’s not necessary for one to pore over copious information on this issue, as the line, “A leader is someone who knows the way, shows the way and goes the way,” aptly sums up what is expected from a CO of the Indian Army. If the aforesaid leads you to conclude that a CO is expected to be a superman in the eyes of the men he commands, then you’re bang on target!

It’s not the authority a CO wields that instils implicit obedience- his team members will obey him even to the extent of risking their lives, only when they have unqualified faith that their CO knows his job, genuinely cares for their safety and wellbeing, and would surely be by their side in every hazardous situation. Such unconditional respect and faith can’t be expected to bloom overnight or simply on account of one being selected to command a battalion or regiment. It has to be earned over the years through blood, sweat and tears, because all said and done, when it comes to trusting someone with your life, the human mind is extremely critical!

Because of this, officers as well as soldiers belonging to ‘combat arms’ of the Indian Army continue to serve in the same unit in which they are posted into as ‘youngsters’ and the resultant ‘bonding’ makes a battalion or regiment akin a closely knit joint ‘family’. Its officers and men rub shoulders at work and play, undergo the rigours of army life together and as time passes, the self-centred ‘me’ factor in a new arrival’s thought process gradually gives way to the ‘we’ feeling and what finally emerges are not co-workers but ‘brothers-in-arms’. Being the senior most in the battalion or regiment, the CO is looked upon by the rank and file as the patriarch and he also serves as the custodian of traditions and core values of that particular unit.

It is this onerous responsibility that makes a CO position himself at the most vulnerable spot when the chips are down, and such instances are commonplace in Indian Army. In January 2015, after a unit in J&K had surrounded the house in which two armed terrorists had taken refuge, the father and brother of one of the trapped terrorists came to the site and said that if given a chance, the duo would surrender. Eager to avoid bloodshed, Col MN Rai, the unit CO, decided to give the terrorists a chance to surrender. But there was a problem; in order to give the terrorists a chance to come out of the house and surrender, the army men would have to stop firing and the holed-up terrorists could take advantage of this to escape.

Col Rai could have ordered his troops to take position in order to block their escape and direct the operation from a safe place. But he knew this task was particularly perilous and so he also moved alongwith his boys to cover the escape route of the trapped terrorists. Unfortunately, the worst happened and instead of surrendering, the terrorists attempted to flee by firing indiscriminately. It must have been paternal instinct to protect his ‘boys’ from bodily harm that made Col Rai jump out and take-on the fleeing terrorists. He succeeded in killing both terrorist but was fatally injured and in the gunfight and succumbed to his injuries.

In November 2015, another CO, Col Santosh Mahadik embraced martyrdom while leading his troops during a search and destroy mission in a thickly wooded area near the LoC in Kupwara (J&K). Search operations in forested areas are fraught with danger since terrorists can easily remain hidden due to thick foliage and by remaining stationary. On the other hand, those conducting the search are easily detected due to their movement. Being a seasoned commando, Col Mahadik would have been aware of this and it was surely must have been his professional calling that made him position himself with the leading troops rather than remaining at a safe distance behind. Though this decision cost him his life, but his presence at the place of action and swift deployment of his troops ensured minimal casualties to his ‘boys’.

Just last month, Col AK Sharma, another CO too faced a similar predicament in the Handwara area of J&K where terrorists had entered a house taken its occupants hostage. Since hostage rescue is a very dangerous task, Col Sharma decided to lead the room intervention team and though successful in his mission, he alongwith three of his team members and one police officer laid down their lives. Much was made out of this incident to the extent of aspersions being cast on the martyred CO’s decision, but those who did so had either no idea that during anti-terrorist operations, a CO does have to honour certain patriarchal convention or the critics were motivated by extraneous or vested considerations.

In death, Col Babu (just like other great Cos like, Col MN Rai, Col Mahadik, Col AK Sharma and many more) has not only lived upto the expectations of his ‘boys’ but has also added another glorious chapter to his unit’s rich legacy by not only ‘knowing’ and ‘showing’, but also ‘going the way’. In the Galwan incident, most of us have missed out a very important point and that is the camaraderie within the Indian Army transcends battalion or regimental boundaries. Amongst the 19 brave-hearts who gave supreme sacrifice while avenging Col Babu’s death, there were Junior Commissioned Officers and soldiers from other units also and news of a murderous assault on an Indian Army CO (whom some of them may not have even seen) that made their blood boil-such is the institution called CO in our Army!

Sleep blissfully dear countrymen- our borders are in safe hands!

3 thoughts on “Indian Army: Where Commanding Officers Are Institutions Not Mere Appointments – OpEd”