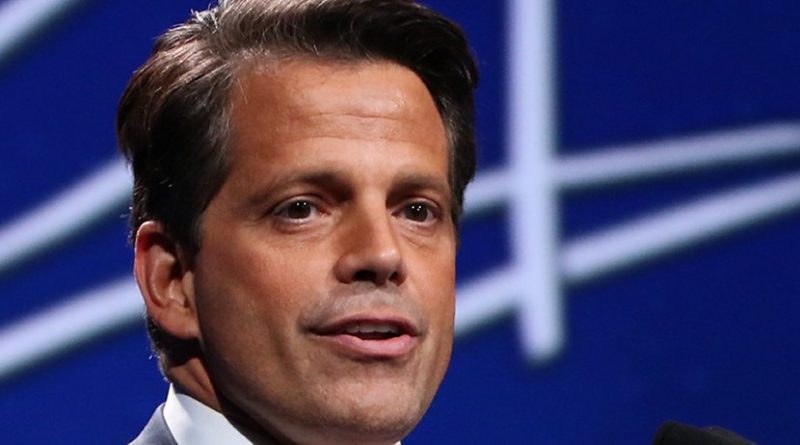 On Friday, Sean Spicer, President Trump’s spin master, a.k.a. the White House press secretary, resigned after telling President Trump that he vehemently disagreed with his appointment of Anthony Scaramucci, a New York financier, as his new communications director. After offering Scaramucci the job on Friday morning, Trump asked Spicer to stay on as press secretary, reporting to Scaramucci. But Spicer rejected the offer.

Scaramucci is a Long Island-bred former hedge fund manager who is currently the senior vice president and chief strategy officer at the Export-Import Bank.

Spicer had an almost impossible, if not, very difficult, task to answering questions from the press on the president’s erratic or irresponsible conducts, statements and positions that changed more frequently than the sand dunes of the Sahara. He had very little clue on his boss’s latest position on anything – either local or international – except that he was expected to do the devil’s job of ‘damage control’ for the POTUS.

It is not difficult to understand why Spicer became such a butt of the joke amongst late night TV talk show hosts. His role at the White House has so far been brilliantly played by actress Melissa McCarthy in the Saturday Night Live. With his departure, we shall surely miss McCarthy.

Spicer’s top deputy, Sarah Huckabee Sanders (the daughter of Christian fundamentalist, ex-governor Huckabee), will serve as the press secretary instead.

Twitter is having a field day with Scaramucci’s old tweets, which he is trying to delete fast before they catch the eyes or draw the ire of his new boss. “Full transparency: I’m deleting old tweets,” Scaramucci wrote on Saturday, adding that his “past views” have “evolved.”

Those “past views” include endorsements of gun control, (ex-president) Barack Obama and even Hillary Clinton, who he called “incredibly competent.” In the same 2012 tweet, he expressed hope that she would run for president in 2016. “I like Hillary,” he said in one tweet. And in another: A “Hillary run makes everyone better.”

Other tweets indicated a clear lack of support for then-candidate Trump, whom he called an “odd guy.” During a 2015 appearance on Fox News, he called Trump a “hack politician” and said his rhetoric is “Anti-American and very, very divisive.”

Now that Scaramucci has been named the new Goebbels for the White House, surely, his mental ‘evolution’ will be needed to keep his job under a president who cares only about himself and his family, and likes to be surrounded by sycophants and not honest advisers.

It is worth noting here Trump’s 50-minute interview with The New York Times, published Wednesday, when he said that he would not have chosen Jeff Sessions to be his attorney general (AG) had he known Sessions would recuse himself over matters related to the 2016 presidential campaign. In his interview, Trump had harsh words for the Justice Department investigation into potential coordination between his associates and Russia to influence the 2016 election, suggesting the probe was unfair due to conflicts of interest. [Note: Deputy Attorney General Rod Rosenstein had selected former FBI Director Robert Mueller to take over the investigation as special counsel after Trump fired Comey.]

Trump suggested it would be wrong for Mueller to investigate his family’s finances. The Times reported that when asked if that would be a red line, Trump responded in the affirmative, but would not say what action, if any, he would take.

According to the legal experts in the CNN, Trump’s remarks represent an extraordinary rebuke from the President toward the nation’s top law enforcement official who happens to be one of his earliest political allies. The relationship has cooled down in recent months. But Sessions and his deputy said that they intend to remain in their posts and are not stepping down voluntarily.

Sessions has not been truthful during his AG confirmation hearing. Sessions met Russian Ambassador Sergey Kislyak at least two times in 2016: once at the Republican National Convention in July, and once at his Senate office in September.  A third meeting, during a reception the Mayflower hotel in Washington, has also been reported, but Sessions has denied having private meetings at that reception. Sessions did not disclose any of those meetings on his security clearance forms, and during his confirmation hearing denied any “communications with the Russians.” The meetings were only publicly disclosed following a CNN report in May.

There is little doubt that the Trump administration is in a mess. It tried to write a premature obituary for the Obamacare, but that attempt miserably failed. The Republican Senate majority leader failed to put the death nail on the Obamacare.

On Saturday, the Congressional leaders reached an agreement on sweeping sanctions legislation to punish Russia for its election meddling and aggression toward its neighbors. This defies the White House’s argument that President Trump needs flexibility to adjust the sanctions to fit his diplomatic initiatives with Moscow.

According to the NY Times, the new legislation would sharply limit the president’s ability to suspend or terminate the sanctions — a remarkable handcuffing by a Republican-led Congress six months into President Trump’s tenure. It is also the latest Russia-tinged turn for a presidency consumed by investigations into the Trump campaign’s interactions with Russian officials, including conversations between Trump advisers and Russian officials about prospective sanctions relief.

Mr. Trump may be forced to either veto the bill, which would fuel accusations that he is doing the bidding of President Putin of Russia, or sign legislation imposing sanctions his administration has opposed.

On Saturday in a series of early morning messages on Twitter, President Trump asserted that he has the “complete power to pardon” relatives, aides and possibly even himself in response to investigations into Russia’s meddling in last year’s election although he had no need to use the pardon power at this point.

It is true that the POTUS has the authority to pardon others for federal crimes, but legal scholars debate whether a president can pardon himself. If that happens, it would be the first of its kind, and that too, only in Trump’s America!