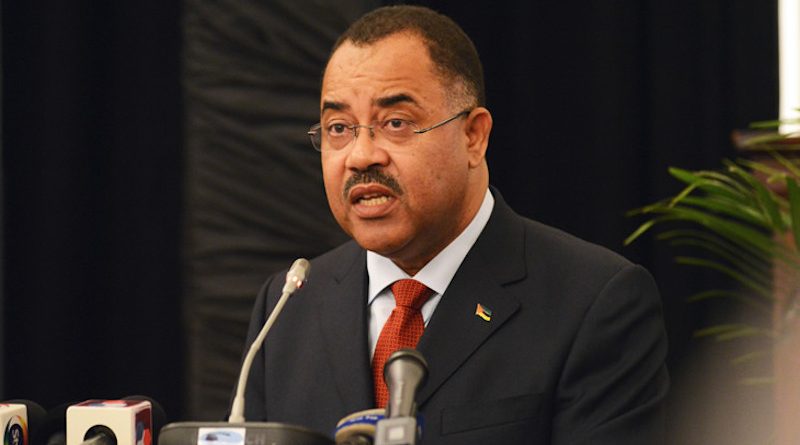 Former Mozambican Finance Minister, Manuel Chang, would be extradited to Maputo, Mozambique, to face trial for allegedly accepting bribes in what has been known as the “hidden debts” scandal in 2013, according to several media reports.

Chang was arrested while transiting through Oliver Tambo International Airport (29 December 2018) on an arrest warrant sought by the United States who had charged him with fraud and corruption, and he has since been held in the neighboring South Africa.

According to reports, many US investors had lost money in what was described as a US$2 billion loan scam involving two banks, the Credit Suisse and the Russian VTB bank. The secrecy and corruption surrounding the loans dealt devastating blows to Mozambique’s credibility and reputation. It was the Wall Street Journal first revealed the hidden debt in April 2016.

Chang faces charges of fraud and corruption for allegedly receiving millions of dollars in bribes to sign off on about US$2.2 billion in loans from Credit Suisse and the Russian VTB bank to Mozambican government agencies to buy fishing trawlers and military patrol vessels in 2013 and 2014. It involved three security-linked Mozambican companies, Proindicus, Ematum (Mozambique Tuna Company) and MAM (Mozambique Asset Management).

The loans were only possible because of guarantees issued illegally by the government of the time under the then president Armando Guebuza. The loans and the guarantees violated the 2013 and 2014 budget laws, and the Mozambican Constitution.

His extradition has sparked high level debates and offered some interpretations. Maputo’s Attorney-General Beatriz Buchili complained that South Africa was violating Chang’s right to justice by detaining him for so long and that this was “having negative implications on various cases in Mozambique”.

Justice Minister Ronald Lamola was in favor of extraditing him to the US on the grounds he would not face real justice in Mozambique. The trial in Maputo, for instance, will involve inviting witness to give evidence or testimony.

The Maputo City Judicial Court has rejected the request for a list of 35 witnesses submitted by defence lawyers in the hidden debts case. The trial, which began August 23, is considered as the biggest corruption case in Mozambique’s history and will see 19 defendants in the dock, with 70 witnesses and 69 declarants, according reports.

Among the witnesses listed in the application by the lawyers, which have since been rejected, are the Mozambican President, Filipe Nyusi; the Prime Minister, Carlos Agostinho do Rosário; the Mozambican Justice Minister, Helena Kida; and Agriculture Minister, Celso Correia.