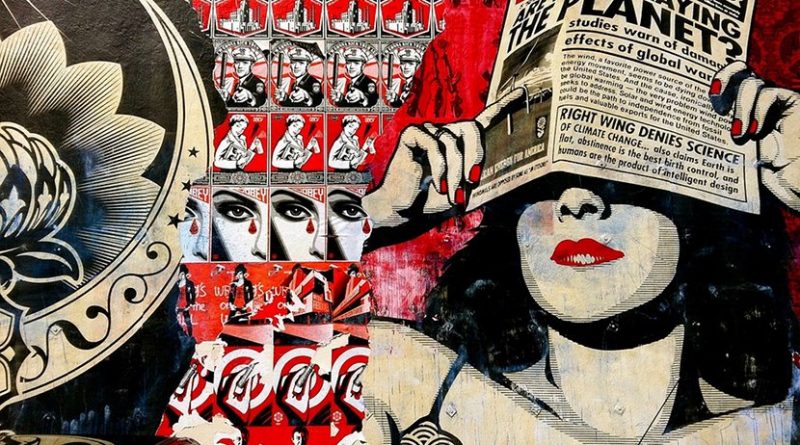 When it comes to Western mainstream media’s coverage of international affairs, I would today dare the hypothesis that 10-20% is truthful, 20-30% is fake and narratives and 50-70% is omitted (see definition in point 2 below).

This is not a scientific statement or hypothesis that I have tested empirically; rather, it is my judgement based on two things: a) witnessing over some forty years the decay of the mainstream media’s international affairs coverage and b) my experiences from conflict zones such as e.g. all parts of former Yugoslavia, Georgia, Iraq before it was occupied, Iran, Syria and China and comparing them with the media images conveyed by the mainstream Western press.

In TFF’s recent analysis ”Behind The Smokescreen. An Analysis of the West’s Destructive China Cold War Agenda And Why It Must Stop”, we make use of the following nine Mainstream Media Manipulation Methods, MMMM:

These methods are an integral part of today’s Western mainstream media and, thus, political reality. While each has its distinct character, they also overlap and are used in clusters that fit the chosen political agenda.

In the above-mentioned report we apply them to the Western mainstream media’s treatment of everything China but it is part and parcel of all mainstream global media coverage. In what follows, I shall try to apply some of them to the war on Afghanistan in general and the August 15, 2021, Western military withdrawal from Afghanistan in particular – aware that it can only be hints without lots of documentary links. (The numbers below do not indicate priorities).

It didn’t. The ”it” that started was not the violence but the conflict and that was all about the first Cold War between the US/NATO and Soviet Union/Warsaw Pact. Concerning Afghanistan, it began with Operation Cyclone in July 1979, four months before the Soviet invasion. It is one of the longest CIA operation having cost more than US$ 20 billion. More here.

2… that the purpose of the war and occupation was to fight terrorism which had manifested itself in New York and Washington on ”9/11.

That was the pretext; however not one Afghan had participated in the terrible terror attack (which wasn’t a war by any definition) and should never have been misused to start the  thousandfold more killing Global War on Terror (GWOT) still going on with exclusively counter-productive results (see later). George W. Bush refused to deliver documentation for the US assertion that 9/11 was masterminded by Osama bin Laden and, therefore, the Taliban refused to deliver him in exchange for such documentation.

3… that the installed government and the Afghan military forces cowardly ran away and there was no purpose in trying to fight for Afghanistan when its own government and military didn’t do it.

The simple fact is that the US spent US $ 86 billion on giving Afghanistan the wrong kind of military with which no one would have been able to win in what is fundamentally a rather low-tech guerilla war in a mountaineous environment. (Nothing learned since Vietnam).

4… that it wasn’t about nation-building but about eradicating the forces that hit the US on 9/11 and develop a national defence force to guarantee that Afghanistan would no longer serve as a base for terrorism that could reach the West.

On the contrary. It was, at the very least, about some nation-building and imposition of Western values. The US has promoted and increased militarism and terrorism worldwide instead of defeating it. In 2000, US State Department had about 400 people dying in global terrorism annually; according to the latest Global Terror Index, the figure today is 16.000, or 40 times higher. GWOT must simply be the most stupid war ever fought.

5… that improving the lot of Afghan women through e.g. education was a major – noble – motivation for the invasion and occupation.

Undoubtedly, over these 20 years of Western presence, millions of Afghan women have been educated and now see more opportunities. However, it is naive beyond the acceptable to believe that such a human rights motivation was central to US/NATO policies. Additionally, if you improve education – what’s the use if you do not do a lot of other things – which could have been done as US economist Jeffrey Sachs states so eloquently in this video?

Had the US done anything wise and good for the Afghan people, the Taliban would not have had a chance to come back. So, it can be argued, the US has fought the Taliban for 20 years only to make its return unavoidable. Had the US/West’s mission been predominantly civilian, respectful of Afghan culture and really about human rights – the military would have gone home at least 15 years ago and the rest been one huge foreign-assisted development project.

And a final observation on this: Western mainstream media’s only reference to George W. Bush – perhaps the largest contemporary non-convicted war criminal – is that the withdrawal was bad because he fears for the future of Afghanistan’s girls and women – one of the more shameful interviews brought by Deutsche Welle here.

We were/are not told…

1… that 9/11 was a pretext rather than a cause. Neither what the real story of 9/11 was. Too much in the official account doesn’t make sense.

2… that Afghanistan’s geo-political position and its incredible reservoir of minerals was a much stronger motivator for the operation.

3… that the US fundamentally saw Afghanistan as a piece in a very large puzzle of the game at the time against the Soviet Union – and, more recently, against China. Remember Kissinger and Brzezinski? And the writings of Ahmed Rashid? And the role of the Pakistani Inter-Services Intelligence, ISI – there isn’t much it has not been involved in…

4… that the US has created (the preconditions for) and supported terrorist movements where and whenever it saw it fit be it the Taliban, al-Qaeda, ISIS and, and the Muslim Uyghurs from Xinjiang – 5000 of them operating in Syria fighting with Western-supported terror groups mostly trained, equipped and financed by leading NATO members, Turkey in particular. They organisation, East Turkistan Islamic Movement, ETIM, has its exile government in – yes, of course – Washington. Former Afghan president, Hamid Karzai, already in 2017 told VOA that ISIS is a tool of the US.

5… that NATO’s involvement in Afghanistan, as in – say – Yugoslavia, is one huge violation of the letters and spirit of its North Atlantic Treaty of 1949 (and the UN Charter, Article 1 in particular) and that 9/11 was not a war and, therefore, the Treaty’s paragraph 5 should never have been activated and NATO should never have been in Afghanistan.

6… that there were alternatives to war on Afghanistan and that it would not take much intelligence to have shaped some kind of presence in and influence on the Afghan society in ways totally different from the militarist approach that would likely have yielded much better results today.

7… that the heroin element of it all has always been very important – among other reasons to finance CIA’s covert operations in and around Afghanistan.

8… that the US has operated in ways that could not but make Afghanistan one of the most corrupt places on earth and that the US gave up already in 2011 to do anything about it. And corruption here means both economic and in terms of the ”puppet” people (and CIA operatives) it appointed and relied upon, fleeing President Ashraf Ghani only being the latest.

9… that if you look at maps of oil and gas pipelines, a huge Great Game has been played for decades; one of the world’ leading analysts and commentators on this region, Pepe Escobar, has called Afghanistan ”Pipelinestan” for a reason. (Financial Times maps here).

10… that Afghanistan – and the withdrawal – may have a lot to do with the US’ China Cold War Agenda, CCWA, and the Biden Administration’s Number 1 priority to destabilise, contain and demonise China and its Belt & Road Initiative, BRI. More here.

11… that the US has learned nothing from its war fiascos since Vietnam and that, as Andy Mack stated it brilliantly as far back as 1975 that big countries lose small wars or wars in small countries mainly because over time the aggressor loses domestic cohesion and the war itself legitimacy. Afghanistan has always been ”the graveyard of empires” – it may well turn out to be the fate of the US Empire too, but Afghanistan won’t be in the future simply because after the demise of the US Empire, there will be nobody who is mad enough to impose its own system on the rest of the world or try once again a ”mission civilisatrice;”

12… that every and operation of this type fundamentally rests on racism or white ”cultural” superiority or as Norwegian philosopher, Harald Ofstad, has termed the same – our contempt for weakness quite similar to the values of Nazi-Germany. See his immensely important book, Our Contempt for Weakness (1989).

13… that the human and other costs of the war on Afghanistan and all the Global War On Terror, GWOT, are obscene and absurd and a major reason the United States is in decline and its empire will fall (which will lead to the breakdown of NATO); a very comprehensive  – and heart-breaking – documentation is found at the Costs of War Project at Brown University.

14… that, simply put, to fight terrorism by killing terrorists is as stupid and morally reprehensible as eradicating diseases by killing the patients; one must understand the much more comprehensive mechanisms by which a human being turns into a terrorist. But that is too sophisticated for an Empire which is/will be second-to-none only in military power and therefore has only one tool in its toolbox – a hammer.

In conclusion, with Afghanistan being yet another predictable fiasco, one must ask questions today such as:

It’s perfectly possible and those who can should lend the self-destructive US a helping hand before it is too late.

I have written a longer piece – ”US-Afghanistan August 15, 2021: Eight conclusions and the mean words ’What was it we said all the time?’”