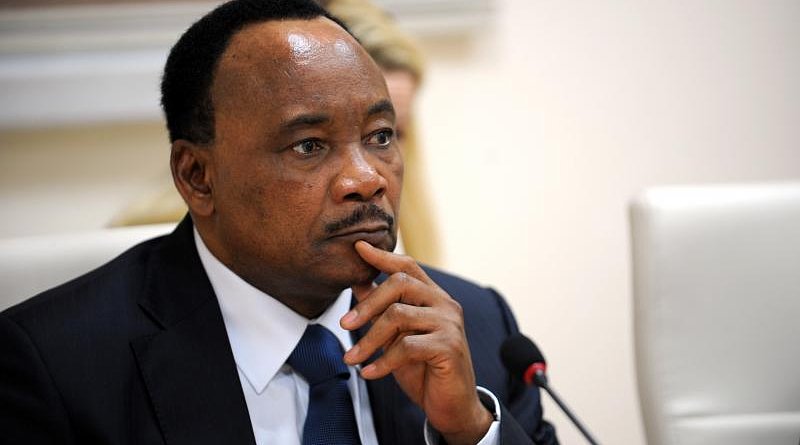 Niger’s President Mahamadou Issoufou is planning to pay a working visit to Russia to give a new impetus to the existing bilateral cooperation between the Republic of Niger and the Russian Federation, Niger’s Foreign Minister Kalla Ankourao said at a diplomatic meeting with his Russian counterpart, Sergey Lavrov, on Sept 19.

“I would like to send a heartfelt welcome from the president of our republic to the Russian government and people, as well as say that he will come to Russia to boost our bilateral dialogue,” Kalla Ankourao said without specifying when such a visit would take place.

Mahamadou Issoufou is a Nigerien politician who has been the President of Niger since 7th April 2011. Before that, Issoufou was the Prime Minister of Niger from 1993 to 1994.

Lavrov was, however, pleased that their meeting presented with a marvellous opportunity to review the relations between two countries have been rooted in long-standing friendship, cooperation and mutual understanding, and the discussion intended to strengthen these ties.

Lavrov point to two basic facts. The first was “the Russian Federation looks forward to stepping up cooperation in all spheres, including the political dialogue, as well as trade, economic, humanitarian and other relations. Of course, international matters and crisis resolution on the African continent are also very much relevant for us.”

The second was that “the meeting has special significance since in the next two years Niger will be a non-permanent member of the UN Security Council. Russia and Niger hope to work closely together within this important international body.”

Niger is a landlocked country located on river Niger in west Africa. Niger faces serious challenges to development due to its landlocked position, the poor educational level and poverty of its people, lack of infrastructure, poor healthcare, and environmental degradation.

As a developing country, it consistently ranked (189th out of 189 countries in the 2018 report) at the bottom of the United Nations Development Index.

Russia is broadening its geography of diplomacy covering poor African countries and islands such as Cape Verde. Niger has not been on its radar, but it now sees some potential there.

Both ministers agreed on geological prospecting, development of mineral resources, energy and infrastructure projects as promising areas for cooperation.

Another important part of the bilateral ties relates cultural collaboration, including the training of Nigerien professionals at educational institutions in the Russian Federation.

In an effort to establish dynamic diplomatic presence, Niger plans to open an embassy or diplomatic representative office in Russia next year.

According to official report, Russia and Niger conduct a constructive political dialogue based on trust and the similarity of the two countries’ views on international developments, including a polycentric world as a fairer and safer system of international relations.

Russia and Niger also maintain productive cooperation at the UN and other multilateral platforms.

The foreign ministers discussed international and African topics of mutual concern, primarily the maintenance of peace and stability in Africa, including in the Sahara-Sahel.

Since Niger will hold a non-permanent seat at the UN Security Council in 2020-2021, Sergey Lavrov and Kalla Ankourao further held an in-depth discussion on matters such as the fight against terrorism and extremism in the context of collective efforts to root out these threats in Africa.