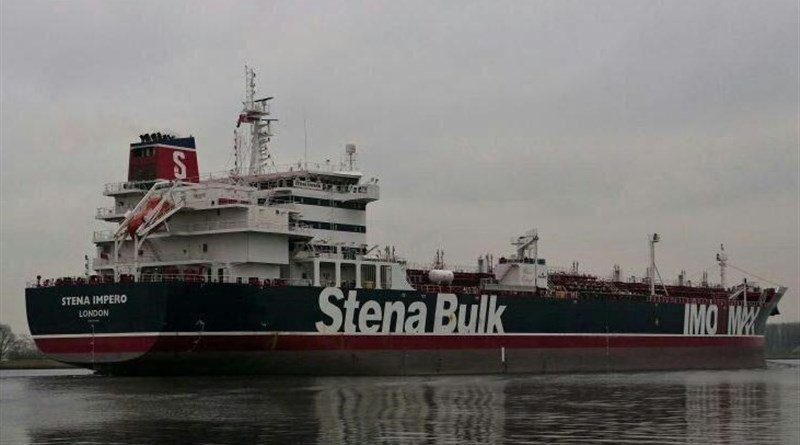 A British-flagged tanker detained by Iran in mid-July will be released soon, according to a Fars news report citing an Iranian maritime official.

“After the issuing of the ruling for the end of detention of the English tanker Stena Impero this vessel will soon, and after the passing of 65 days, begin its movement from the port of Bandar Abbas toward international waters,” said Allahmorad Afifipour, the head of the Ports and Maritime Organization of Iran in Hormozgan Province.

The vessel, registered in Britain but owned by Swedish logistics firm Stena Bulk, is one of the ships at the center of a terse diplomatic row between London and Tehran.

A spate of recent ship seizures involving the two states began in early July after British commandos and Gibraltar police seized an Iranian oil tanker off the southern coast of Spain on suspicion of transporting oil to Syria in contravention of EU sanctions. The ship was eventually released.

The Stena Impero was seized by Iranian authorities as it entered the Strait of Hormuz on July 19, with Tehran claiming it had violated several maritime rules. Despite Afifipour’s comment on Sunday, it’s not clear exactly when the ship will be released.