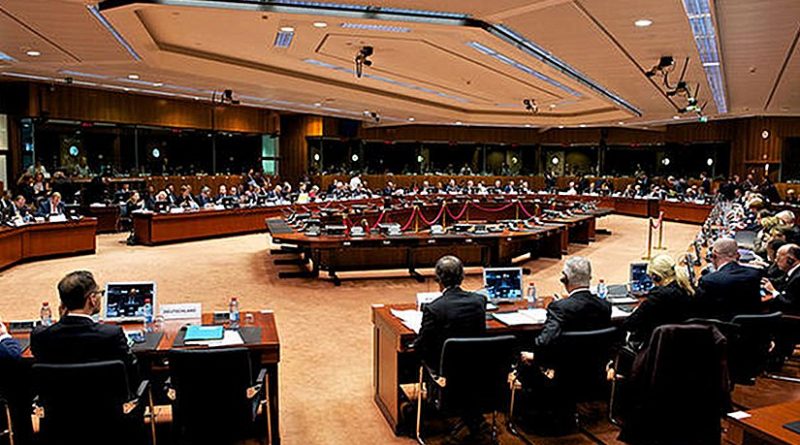 An extraordinary meeting of EU Justice and Home Affairs Ministers in Brussels has ended with calls for all EU states to carry out systematic registration, including fingerprinting, of third country nationals illegally entering the Schengen area, and to perform systematic security checks with INTERPOL. Photo Credit: INTERPOL.

INTERPOL Secretary General Jürgen Stock has welcomed the decision by European Union ministers for all EU external border control points to be connected to INTERPOL’s global databases and for automatic screening of travel documents to be introduced by March 2016.

The outcome was one of several measures to strengthen border controls agreed at an extraordinary meeting of EU Justice and Home Affairs Ministers in Brussels following the Paris terror attacks.

Conclusions adopted at the end of the meeting also call for all EU states to carry out systematic registration, including fingerprinting, of third country nationals illegally entering the Schengen area, and to perform systematic security checks with INTERPOL.

More than 50 countries have provided information to INTERPOL’s Foreign Terrorist Fighter database which currently contains details of some 6,000 individuals, with more than 50 per cent of the data coming from non-EU sources.

“Every additional record made available across borders builds a new opportunity for Europe, but every piece of information left unexploited creates a new risk,” added Mr Stock, pointing to the realistic and available police capabilities provided by INTERPOL for information-sharing across its network of 190 member countries.

INTERPOL systems have already been integrated into the Passenger Name Records databases of several member countries, enabling them to conduct instant checks on travellers.

INTERPOL’s SLTD database currently includes details of nearly 54 million documents from 170 countries, including information on 250,000 passports reported lost or stolen – among them blank documents – by Syria and Iraq.

The iARMS databases enable the exchange and investigative cooperation between law enforcement agencies in relation to the international movement of illicit firearms, as well as licit firearms linked to criminal activity.

Highlighting the recent terror attacks in Mali, Nigeria, Turkey and Lebanon, the head of INTERPOL said the need for cooperation had never been stronger.

The EU meeting comes the same week as law enforcement and counter-terrorism officials from around the world gathered an INTERPOL meeting to exchange information linked to Foreign Terrorist Fighters travelling to and from the Syrian and Iraq conflict zones.

Some 111 participants from nearly 40 countries exchanged best practice on how to address and neutralize the threat posed by ISIS and other terrorist groups using expertise gained in the wider conflict zone as a platform to train and plan attacks against Western and other targets.