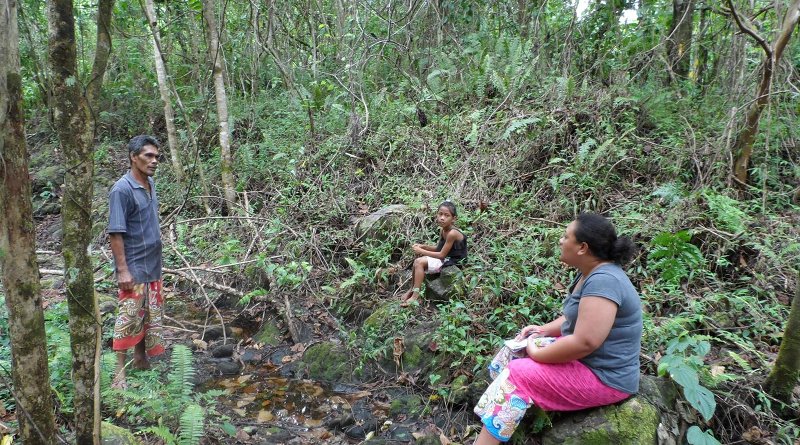 The resilience of Samoan communities in the face of climate change is providing a blueprint for other nations to follow, according to Samoa and Otago researchers.

It is one of the first studies to examine Samoa’s grassroots ability to adapt to climate change, and its authors warn officials risk ignoring village expertise at their peril.

The newly-released paper is co-authored by Dr Anita Latai-Niusulu from the National University of Samoa, and University of Otago Professors Tony Binns and Etienne Nel, both from the School of Geography.

The study, based on Dr Latai-Niusulu’s PhD thesis, interviewed 165 residents in villages across Samoa’s main islands Upolu and Savaii, including in coastal, inland, urban and rural areas.

More than 70 per cent of Samoa’s population lives in 330 rural villages across Upolu and Savaii, and most of the country’s infrastructure, population and development is near the coastline.

However rather than despairing at the prospect, villagers have developed a pragmatic and positive approach to impending climate changes.

Past natural disasters such as Cyclones Ofa and Val in the 1990s had a devastating effect on many communities, but the recovery period also brought opportunities for developing tighter social connections, new food supplies and infrastructural development and, in some cases, village relocation.

He says exposure to serious environmental challenges has not made villagers ‘fatalistic’ or ‘helpless’, but instead has given them a more optimistic outlook on life.

The close-knit Samoan village structure, with a village council (fono) made up of chiefly title holders (matai) from extended family units throughout the village, means that each villager has a voice at the local decision table.

This, along with the fact that more than 80 per cent of Samoa’s land and resources are still collectively owned, means Samoans can engage in collaborative action against climate change.

Common strategies in all villages include diversifying food and water sources, being geographically mobile, having more than one place to live, and developing mental and spiritual strength.

“Such diverse livelihood portfolios and close community collaboration have generated an impressive level of resilience which communities elsewhere in the Pacific and beyond could well emulate,” Professor Binns says.

However, the study found climate change decisions in Samoa are primarily occurring at a national level, and are dominated by the views of government workers, consultancy firms and civil society workers.

Officials need to listen to community expertise and develop a more nuanced understanding of each village’s key concerns – which vary according each village’s unique geographical challenges, Professor Binns says.

“More support should be given to other climate change adaptation initiatives such as village, church and family activities that strengthen social networks and build social memory.”