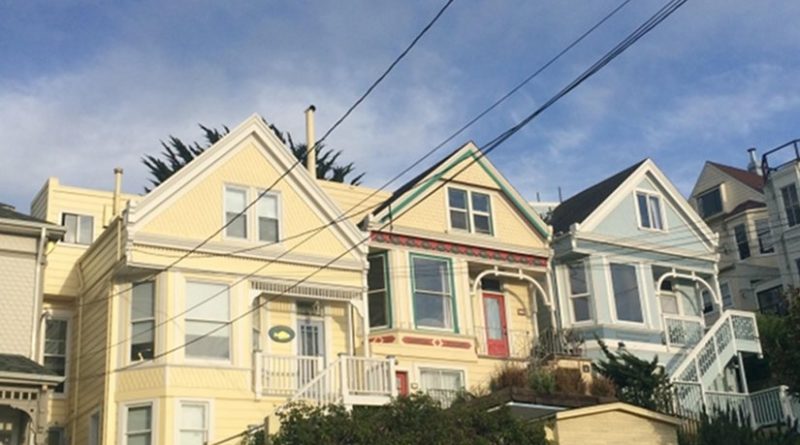 Americans loved their houses. Their four walls and a roof always went up in value, until it ended. But, now housing is back: 2008 was just a bad dream. Jared Dillian has written a dandy piece for Bloomberg making the case for housing to be taken from its preferred status in the tax code. Mr. Dillian has the website The Daily Dirtnap and wrote the wonderful book Street Freak.

Eliminate deductions for mortgage interest and property taxes and tax any capital gains the way Uncle Sam does on stocks and other assets, says Dillian. Encouraging people to go into hock for 30 years to buy an illiquid asset is nonsense, he says. This makes the economy “more fragile. We should instead think about ways to make it more anti-fragile,” Dillian writes.

So, sure, it’s nice that homeownership forces people to build equity in an asset, even if it is a profoundly crappy asset, because left to their own devices, they probably wouldn’t save anything at all. But, ideally, wouldn’t we want people diversified across a range of assets, instead of having all their eggs in one basket?

The real nub of his argument is people should be encouraged to save and invest, not consume and take on years of debt. However, this continues to be the age of Keynesianism, where saving is bad, while consumption is good for the economy.

Gregory Bresiger explained Keynesian fallacies on mises.org, “Yet penalizing thrift, the lifeblood of job creation and better tools that make current workers more efficient, has hurt the nation’s ability to grow and employ millions of young people looking for jobs. That’s because Keynesianism, according to its modern interpreters, amounts to a celebration of consumption. It is a belief that government spending combined with low savings rates lead to permanent booms.”

“The growth in wealth, so far from being dependent on the abstinence [savings] of the rich, as is commonly supposed, is more likely to be impeded by it,” John Maynard Keynes wrote in The General Theory of Employment, Interest and Money.

“The more virtuous we are, the more determinedly thrifty, the more obstinately orthodox in our national and personal finance, the more incomes will have to fall,” he writes. “Saving,” Keynes wrote in his Treatise on Money, “is the act of the individual consumer and consists in the negative act of refraining from spending the whole of his current income on consumption.”

Before Keynes published The General Theory in 1936, The U.S. government’s push for homeownership had already started with Herbert Hoover, which I chronicle in Chapter 4 of Walk Away.

“Hoover attached home ownership with independence and initiative, believing that an American must own a home to truly be considered an American,” I explain. “Home ownership was sold to Americans with ‘carefully calculated governmental policies that proselytized Americans about the virtues of suburban home ownership while opposing outright market intervention,’ explains Janet Hutchison.”

Hoover’s election to the White House in 1928, put the government even more firmly behind housing. All the tax advantages, Dillian complains about began then. Achim Duebel explained, “with income tax relief for mortgage interest paying homeowners, and ‘public guarantees and regulatory privileges that benefit the mortgage industry. The approach is unchanged since the New Deal era of the 1930s when it was designed to rescue a failing private mortgage industry and fight the Depression through construction-led growth.”

“The government has set standards for construction, for financing, for land-use planning, and, to a certain extent, for family and community life,” wrote Gwendolyn Wright.

By 1992, Congress insisted that Fannie Mae and Freddie Mac loosen their underwriting standards so more low and moderate income people could borrow their way to Hoover’s “independence.”

Mr. Dillian picks up the story right before the crash. The dense thicket of federal housing policies had taken the “homeownership rate from 63 percent to 70 percent by increasing the availability of credit. We soon found out that those 7 percent of people at the margin had no business owning a house.”

Now 100 million households have access to HGTV, which overtook CNN as the third most-watched cable channel in the United States, behind Fox News and ESPN.

The network is devoted to home improvement shows and is home to such shows as “Property Brothers” and “Flip or Flop.”

Per Wikipedia, “HGTV’s current programming focuses primarily on home-buying, renovation, and reality shows following the business of house flipping. SNI CEO Ken Lowe stated of the programming strategy that ‘We’re not going to surprise you. We’re not going to throw you a curve ball. It’s not easy to create content that people are passionate about and somewhat addicted to that is somewhat repetitive.’”

Americans are addicted to housing and the government is the pusher.