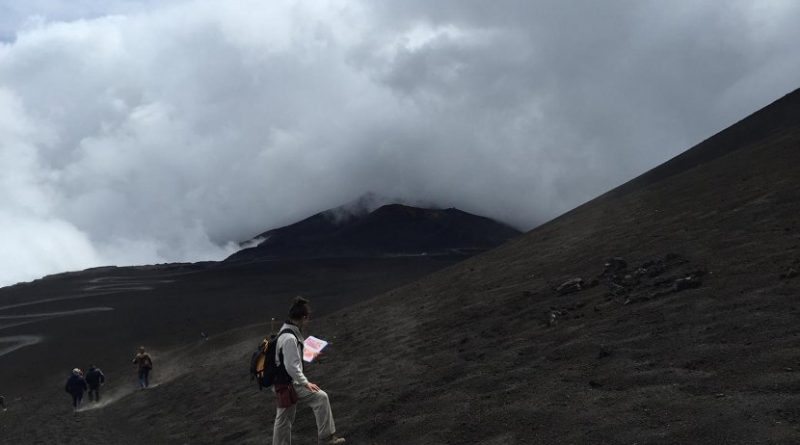 They can be as small as a grain of salt, but tiny crystals that form deep in volcanoes may be the key for advance warnings before volcanic eruptions.

“This could signal good news for the almost one in 10 people around the world who live within 100km of an active volcano,” she said.

“We haven’t yet reached the ‘holy grail’ of being able to predict volcanic eruptions, but our research is a significant step forward in understanding the processes that lead to eruption.”

Dr Ubide, from UQ’s School of Earth and Environmental Sciences, used a new laser technique to examine the composition of tiny crystals forming deep in volcanoes.

The crystals are created when molten rock – magma – from up to 30 km beneath a volcano starts to move upwards towards the Earth’s surface.

The crystals are carried in the erupting magma, continuing to crystallise and change in composition on the way to the surface.

“They effectively ‘record’ the processes that happen deep in the volcano right before the eruption starts,” said Dr Ubide.

“We’ve found by studying these crystals in a specific volcano that, when new magma arrives at depth, up to 90 per cent of the time it can trigger an eruption, and within only two weeks.”

From this, vulcanologists hope to work out how to better monitor volcanoes – for instance, at what depths underground to look for signs of magma movement before an eruption.

Dr Ubide said it was currently very difficult to predict volcanic eruptions – as evidenced by the eruption at Mount Agung in Bali, which started last November after 2 months of precursory earthquakes.

“The Bali eruption led to the evacuation of more than 70,000 people and caused massive disruptions in air traffic and tourism, affecting more than 100,000 travellers,” she said.

“Volcanic ash and gas clouds rose to heights of up to 4 km above the summit and produced ash-fall in downwind areas.

“Every volcano is different and requires individual monitoring.”

The results could provide important information for future volcanic monitoring efforts at the site, she said.

“We plan to apply the same approach to other volcanoes around the world, especially for countries neighbouring Australia like Indonesia and New Zealand,” she said.