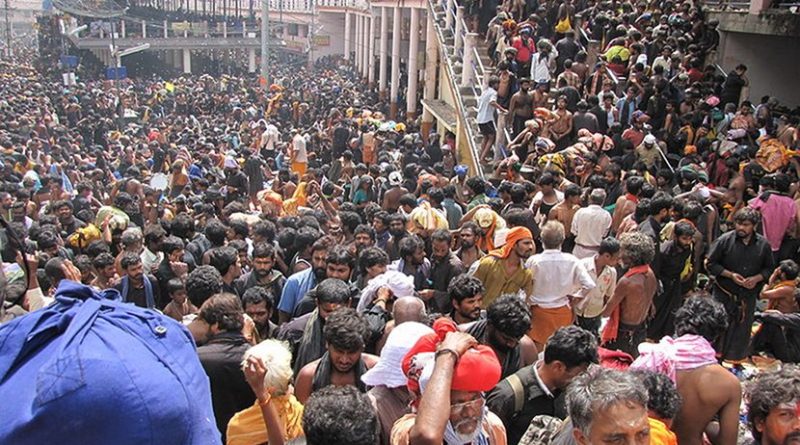 The Sabarimala imbroglio in India has been a populist bone of contention for political parties that have aligned despite differences for fear of upsetting a sizeable religious faction. The issues here are primarily dual in nature. The Right to Equality of women being compromised by an arguably ‘patriarchal’ custom barring those of menstrual age entry is in direct opposition to the Religious Freedom of the Sabarimala Temple Authorities in conducting their internal affairs. The September 2018 Supreme Court verdict upholding the rights of women of all ages to enter Sabarimala Temple has stirred a hornet’s nest.

Despite the inclusion of the term ‘Secularism’ in the Preamble of the Constitution, the State has, even within the Indian Constitution itself, permitted intervention and legislated on issues that could, if applied in the strictest of senses, be in violation of the ‘Secular’ term. If followed strictly, the State would be not be permitted to intervene in any religious situation that would include the reservation system, protection of the Muslim personal law and the directive principle to protect cows, all of which the Constitution ultimately went ahead with.

For the State to follow the spirit of secularism while avoiding its inclusion in the Preamble, the chairman of the drafting committee of the Constitution B. R Ambedkar had, during the Constituent Assembly discussions, said, “what should be the policy of the State, how the Society should be organised in its social and economic side are matters which must be decided by the people themselves according to time and circumstances. It cannot be laid down in the Constitution itself because that is destroying democracy altogether.”

In the debate on December 6, 1948, Lokanath Misra had said, “Do we really believe that religion can be divorced from life, or is it our belief that in the midst of many religions we cannot decide which one to accept? If religion is beyond the ken of our State, let us clearly say so and delete all reference to rights relating to religion.” Even vice president of the drafting committee H C Mookherjee had stated “are we really honest when we say that we are seeking to establish a secular state? If your idea is to have a secular state it follows inevitably that we cannot afford to recognise minorities based upon religion.”

Secularism, in the truest meaning of the term, as was meant to be understood at its place of origin, could not be applied blindly to the Indian context. The term ‘secularism’ is known to have originated in late medieval Europe coined first by English secularist, co-operator, and newspaper editor George Jacob Holyoake was modelled on the theory that governments ought to have no religious connection, nor indeed anything to do with matters of religious belief or ritual.

It was manifestly a Western intervention, specifically a product of the Protestant Reformation and the Enlightenment. It went on to be treated as the ideal theoretical basis of nation-states utilised in lands outside the European continent, such as the United States even Turkey. It was only inevitable for the creators of free, modern India, shaped by European thoughts and practices, to be ardent supporters of secularism.

Consequently, the Constituent Assembly adopted Articles 25, 26 and 27 of the Indian Constitution in order to further secularism that, despite not being formally inserted in the document, was definitely embedded in the constitutional philosophy.

Secularism, as a concept, was introduced through the 42nd amendment which gave unprecedented powers to the Parliament. Almost all parts of the Constitution, including the preamble, was changed with this amendment. Thereafter the description of India in the preamble was changed from “sovereign, democratic republic’ to a ‘sovereign, socialist, secular, democratic republic.”

The State’s intervention on the Instant Triple Talaq issue and its swift concurrence with the Supreme Court view followed by an ordinance, despite loud opposition in Parliament, wasn’t perceived as being violative of Secularism or ‘interference with religious affairs,’ but instead positioned and lauded as a win for Women Rights.

Interestingly, it may be noted here that Congress MP Shashi Tharoor recently, in a written question in Parliament, asked the government to clarify its position on Female Genital Mutilation – a practice among the Bohra Muslims in India. The government had replied that it wasn’t introducing any legislation to ban it and that, in case of any objections raised, the IPC and POCSO had provisions to tackle issues arising. An attempt in the future to legislate on the issue could be seen as an affront to Secular fabric of India and an interference in religious affairs.

Distinct from what ‘is’ right, sadly, it’s what is ‘seen as right’ that matters in a democracy driven by populism and the vote of the majority.