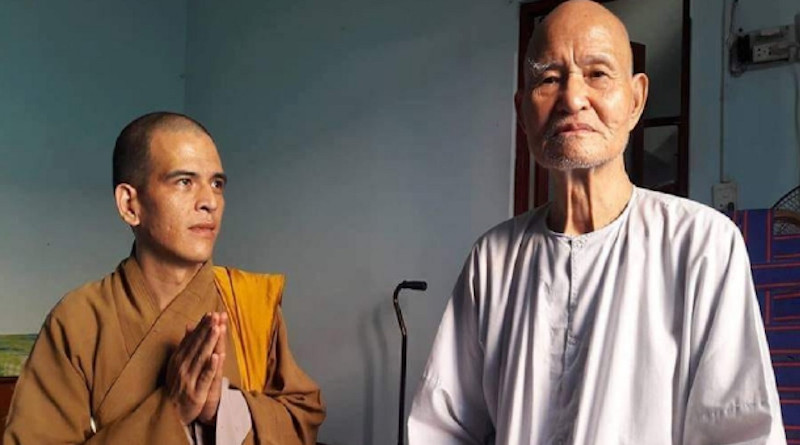 A renowned Buddhist monk, well known for being a thorn in the side of Vietnam’s communist government and who spent more than a decade under house arrest, has died at the age of 93.

News of his death was announced on Feb. 23 by the UBCV, which was outlawed in the early 1980s for not recognizing the state-sanctioned Vietnam Buddhist Church.

The revered monk, who was born in 1928 in Thai Binh province, spent most of his life championing the cause of religious freedom and human rights, which frequently brought him into conflict with the communist authorities.

He was imprisoned and placed under house arrest many times, including a five-year prison term imposed in 1995 for what the government said was undermining national unity and working against the national interest.

Many of his published books on Buddhism and poems were written while he was in detention.Thich Quang Do was also nominated many times for the Nobel Peace Prize for his advocacy for democracy in his country.

“We have lost a brave monk who accompanied us on our fight for religious freedom, democracy and human rights for the nation,” the Interfaith Council of Vietnam said in a statement following the monk’s death.

The UBCV said Thich Quang Do’s funeral will be “simple and last not more than three days,” according to his wishes.

Venerable Thich Nguyen Ly, head of Tu Hieu Pagoda, asked followers not to offer flowers and money, as is a long tradition in Vietnamese funerals.

“There will be no final words, no biographies, no emotional showings … just praying,” he said.