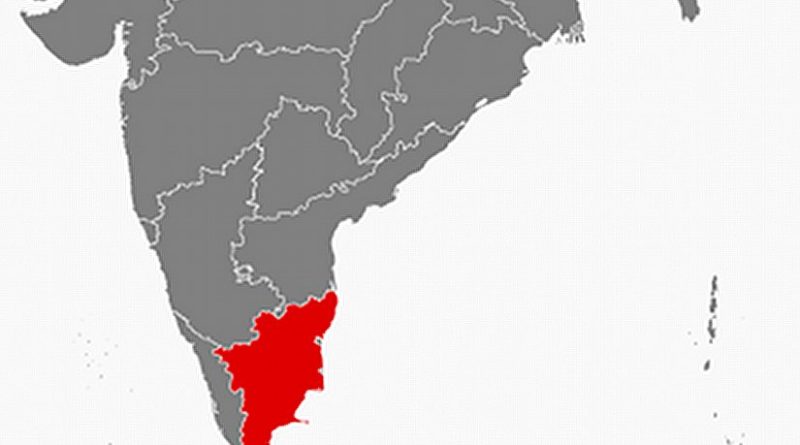 The discovery of groups and individuals in south India pledging allegiance to various militant factions in Syria’s civil war has led to a deterioration of security of that region. What is the implication of this new phenomenon for Southeast Asia?

Tamil Nadu in south India, which comprise 65 million people (88% Hindu, 5.5% Muslims, 5.4% Christians), has enjoyed relative peace in recent years despite historical tensions between its various ethnic and religious communities. The last major incidents of communal violence were the Hindu-Muslim riots of 1993 and 1998. Yet the threat of terrorism by contemporary jihadist groups — rife in other parts of India — never gained traction there. The northern states of Jammu and Kashmir have been hotbeds of jihadist militancy fighting for independence from India. There have also been pockets of Islamic insurgent groups in the Northeast and the ‘national’ jihadi groups such as the Indian Mujahideen.

Two main reasons account for why Tamil Nadu’s Muslims have been hitherto spared the influence of terrorist propaganda. Firstly, there exists a language barrier between Tamil Nadu and the other states in India. Unlike other parts of India, Hindi had not developed into a lingua franca in Tamil Nadu. This was primarily due to the post-independence anti-Hindi agitations of Tamil Nadu, which led to the institution by the government of Tamil Nadu of Tamil as the state’s official language and English as a second language. Consequently, Tamil Nadu remained relatively impervious to the terrorist propaganda from India’s terrorist hotbeds, couched mostly in Hindi.

Secondly, the militant struggle in Jammu and Kashmir and the Northeast insurgency do not hold significant sentimental value to the Tamil Muslims. In Tamil Nadu, the sense of patriotism to the state and the cultural affiliations are deep-seated. The majority of the population, regardless of religion, believe that Tamil Nadu is the cradle of the Dravidian culture and the birthplace of the Tamil language. Hence, the loyalty to the homeland and culture of Tamil Nadu is far greater than loyalties to the jihadist terrorist cause that is salient in other parts of India.

Yet these traditional inoculations have not been able to inhibit the allure of global jihadism of the Syrian civil war. The first public sign of the penetration of the phenomena into South India was the case of Mohammad Haja Fakrudeen, a naturalized Singapore citizen and a native of Tamil Nadu, who absconded to Syria and reportedly joined ISIL in early 2014. Since then, there have been several more reports of the discoveries by the Indian security services, of individuals who have pledged allegiance to ISIL. In August 2014, 24 youths were arrested for posing for a picture in pro-ISIL T-shirts. Another three people were also arrested in connection with printing and distributing those T-shirts.

The participation in the overt display of ISIL’s symbols does indeed demonstrate the recognition that the group has received in Tamil Nadu. In addition, the interrogation of Arif Majeed, the deported youth from the Greater Mumbai area who had fought along ISIL in Syria revealed a sizeable number of Tamil Muslims from South India who have been living and fighting alongside ISIL in camps located in Syria and Iraq today. If so, this would be the first documented instance that Tamil Muslims have gone abroad to wage jihad in present times.

The allure of Muslim segments in India – including from South India – for ISIL has evoked a response in terms of a turf-war from al-Qaeda when it announced the formation of the al Qaeda in the Indian Sub-Continent (AQIS). When two bombs went off at a railway station in Chennai on 1 May 2014, the Indian media speculated that the “South Indian Mujahideen” were responsible. If this group does exist, there is the possibility that AQIS may incorporate this group in its fold.

The attraction for ISIL and the formation of the AQIS has led to a deterioration of the sense of security in South India. This is evidenced by, for instance, the implementation of high-signature security protection measures in iconic temples such as the Madurai Menaachi Sundareswarar Temple and the Tanjore Big Temple, which hold archaeological, cultural and religious significance for Hindus in Tamil Nadu.

The vulnerability of the Tamil Muslim population was quickly identified by a non-profit organization known as the Tamil Nadu Tauheed Jumaat (TNTJ). The TNTJ organized a state-wide anti-terrorism campaign at the grassroots level in October 2014. In another instance, approximately 100,000 Muslims convened on 15 February 2015, in Vanniyambadi, Tamil Nadu, to pray for the well-being of the Muslim community. The prayer, which was organized by the Islamiyah College, was aimed at addressing the concerns faced by Tamil Muslim leaders about the negative perception of the Muslim community provoked by the current wave of global jihadism and its unprecedented penetration into South India.

The recent penetration of contemporary global jihadism into Tamil Nadu is unprecedented. The politico-cultural defences of language and emotional attachment to the homeland that have kept the threat of jihadism away from Tamil Nadu have proven less effective against the appeal of the play of symbols of the warring factions in the Syrian civil war. Considering the long history of communal conflicts there, any violence issuing from global jihadism will provoke communal clashes between Hindus and Muslims, which could prove catastrophic for India particularly at this time when Hindu nationalism is in the ascendancy. This will have security concerns beyond the Indian sub-continent to places like Malaysia and Singapore where the south Indian diaspora is substantial.

The historical network of merchants and traders between South India and Southeast Asia has evolved into broader social networks, which also serve as channels for the flow of cultural and religious ideas. The channels have hitherto kept out ideas that underpin the propaganda of global jihadism. However, the recent penetration of extremist ideas into Tamil Nadu’s social milieu may change this. The Tamil Nadu Muslim community’s response is laudable. It behoves Governments, religious and community leaders to actively anticipate any extremism and prevent any descent into violence, even from these long-peaceful social networks.

Vikram Rajakumar is a Senior Analyst with the International Centre for Political Violence and Terrorism Research at S. Rajaratnam School of International Studies, Nanyang Technological University.