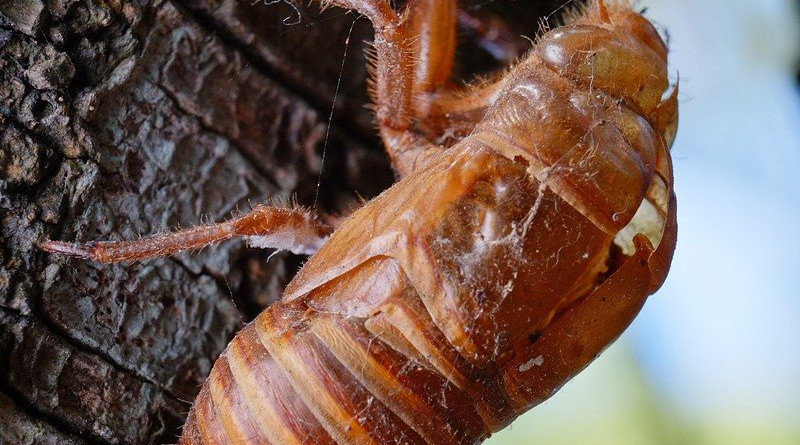 Ahead of May 5, 2018, Karl Marx’s bicentenary, China had made ostensible arrangements: Premier Xi Jinping presented his hometown with a giant bronze statue of the German Philosopher to his hometown and commanded his Party colleagues to study and reflect on Marx’s 1848 Communist Manifesto. The Peking University organised a forum where researchers of Marxism worldwide were invited to converge at.

It was a convention aimed at discussing the origins, scope, and future of the ideology that once prevailed over a quarter of the world, across four continents. The state broadcaster aired an educational show in five parts titled “Marx is Right.” Ah, the poetic ironies of unintended pun!

Reuters reported, “Since coming to power in 2012, Xi, widely seen as the most powerful Chinese leader since Mao Zedong, has said the party must not forget its socialist roots as it works to attain the “great rejuvenation of the Chinese nation”.

Addressing the gathering at the Great Hall of the People in Beijing, Xi affirmed his faith in the ideology and attributed its sustained relevance and utility to adaptation with Chinese Characteristics, “Writing Marxism onto the flag of the Chinese Communist Party was correct… Unceasingly promoting the sinification and modernisation of Marxism is totally correct.”

Xi also instructed all party members to adopt the reading of Marxist works and the understanding of Marxist theories as a “way of life” and a “spiritual pursuit”.

For a country with the world’s second-highest number of dollar billionaires, it was quite a daring proposition for its President to propound that the ‘decision of China’s ruling Communist Party to stick with the political theories of Karl Marx remains “totally correct”. Xi asserted that Marx remains not only completely relevant but effective to China, in this era.

China self-identifies as ‘Socialist’. However, it has consistently failed to make it to the top ranks of the world’s economic inequality indices. For instance, on the authoritative Gini Index of the World Bank, China scores a sizeable 38.6%, which is significantly greater than the ideal, free-market Scandinavian nations as Norway, Finland and Sweden, who hover around the mid-twenties. China’s economic rift and disparity, and class stratification and clusterisation are allusive of capitalism.

Its ostentatious displays of egalitarian plumage thus seem outrageous. Nonetheless, the communist label has come to be rigidly associated with China, hardwired in the minds and cynicism of most of our predecessor generation, who in spite of counterevidence lingering in their eyes, refute to transition.

Communism is the egalitarian rule established by the proletariat, but today China is a teeming ecosystem of manual, mono-skilled labour, a social-insect like a workforce, the true proletariat, besides sizeable swathes of monochromatic white-collar workers, superseded by individualism-assertive vibrant entrepreneurs and plutocratic crony dynasts.

China’s capitalism is adulterated, and its welfare system is corrupt. The botched up, nay broken public distribution system undermines any last vestiges of ideal Marxist tenets that might have persisted in post-Deng reformed China. China is a veritable oligarchy, with cronyism politico-business ties, rampant nepotism, bribery and favoritism corrupting a free market.

The world’s most developed countries – The Nordic nations have one of the world’s freest, most competitive markets, but also have social safety nets, ombudsmen and other numerous checks against corruption or corporate malpractices, minimal government regulation except for sturdy insurance of market fairness, and staunch enforcement of a level playing field.

This way, the Nordic countries, being pure capitalists, with a social safety net and active, scrutinising government volition to protect the people and regulate malpractices, rather than the market per se, create a couple of opposites, in qualitatively different fields.

China, on the other hand, advocates adulterated capitalism, as well as an adulterated welfare system and lingers a wayward, authoritative, yet befuddled domestic arena of motley recruits.

China’s characteristic has always been fascism – focus on brute authority, rather than purity of either the Marxist or the Dengist tenet. It has vehemently and egoistically shied away from addressing, let alone reconciling or resolving, its myriad internal paradoxes and hypocrisies.

In a Freudian allegory, China would indeed represent ego pulling the strings behind the curtains for the puppet superego. China has hitherto failed to acknowledge its limbo – inability to ever enforce any sort of free market, and in true sense implement Deng, three decades after him, and the inability to survive if it doesn’t compromise some of the core tenets of Marxism.

Tariffs are important for developing countries in order to preserve the sanctity of fair competition – lest we pit promising young fighters, who are children all the same, against experienced, battle-hardened MNC gladiators, in an open arena. In the colossal amphitheatre of the global market, indigenous, budding industries of second and third-world nations represent these premature gladiatorial aspirants and apprentices, while FDI from First World-Nations are the mature knights to these squires. However, with Chinese companies having grown to enormous statures, and dominating free markets worldwide, it’s prudent for China to open up to the open-and-fair global competition.

China has consistently displayed an utmost hypocritical dichotomy of implementation – demand for free competition for its companies in other nations while keeping foreign direct investment conveniently out, controlling and regulating its market, currency, and any businesses operating therein while demanding full compliance to trade-fairness from others, singling out Uyghur Muslims for prosecution and pursuit of a systematic ‘de-Islamisation’ and lending moral support and credibility to Myanmar’s Rohingya purge, purportedly acknowledging its ‘right to defend itself’, while calling out its strategic rival democracies for xenophobia and human rights violations, and banning services as Google on pretext of ‘controversial data and data policies’, while having barely-veiled links between its governmental espionage and the data gathering of foreign nationals and domestic residents alike by its homegrown IT companies, including popular apps.

With the state declaring utmost egalitarianism as its ideal yet systematically targeting faiths and ethnicities, forcefully imposing aggressive atheism and proclaiming scientific temperament yet reinvigorating Chinese folk medicine – a detriment to biodiversity and driver of poaching and smuggling in nations worldwide, and taking renewed pride in its culture – whilst quelling regional and local subcultures, China is a plethora of deceits, contradictions and paradoxes.

Conveniently borrowing traits from different praxes of the Marxist ideologies of different eras and land, such as selective favouritism and monoethnicism of Bolshevism, autocratic statism of Stalin, and the nepotism from Latin America, China has a pliable, self-suiting dynamic definition of socialism.

This is the same departure from Marx’s and the First International’s core ideals and original call of ‘Workers from all countries unite’, that led to a number of estrangements, splits and embitterments, notably Lenin-Trotsky and Castro-Guevara. The universality of socialistic solidarity and fostering a universal brotherhood vis-à-vis self-concerned nationalism has been a classic apple of discord among Socialist ideologues.

It is also the very phenomenon responsible for the Sino-Soviet Split, but the most insidious jeopardy is that of disguising a contortion as a transformation. China isn’t merely diverging or deviating from Marxism, it is stretching and warping the nuanced, distinct and pure ideology with itself.

Convenient, opportunistic, and utterly hypocritical, Chinese materialism is as ambivalent as to their body of dialectic – A hollow Cicada shell of Communism – a pretext for inflexible authority, regardless of the prevalent socio-economic system. It might do well to recall an age-old Chinese adage, “When the winds of change blow, some people build walls, others build windmills.”

*Pitamber Kaushik is a columnist, journalist, writer, and researcher, having previously written in over 50 newspapers in 29 countries.