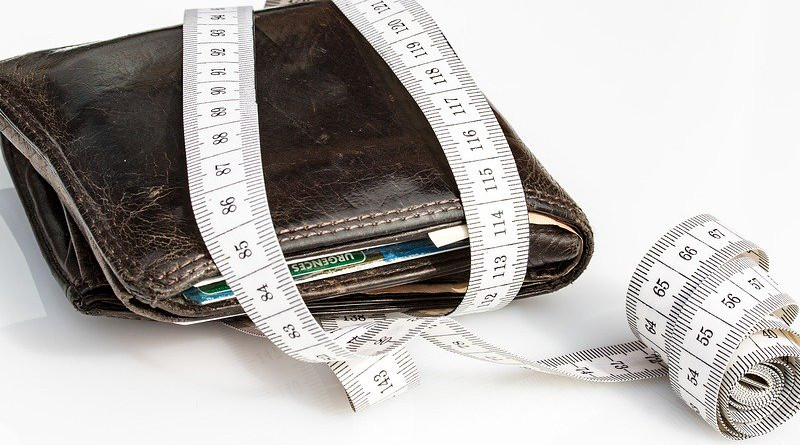 For all the suffering caused by the pandemic, one important positive effect is that it may lead to clearer thinking about government debt and deficits. To Congress’s credit, it has focused on dealing with the problem of sustaining the country through a period in which much of the economy is shut down, rather than worrying about the large deficit it will run this year, as well as the amount it is adding to the national debt. (I strongly suspect that this would not be the situation if a Democrat was in the White House. In that case, most Republicans would likely be making angry speeches feigning outrage over the burden that Obama, Biden, etc. was imposing on our children and grandchildren.)

Anyhow, the story on the deficit and debt are both simpler and more complicated than is generally imagined. The basic story of the deficit is, are we pushing the economy too hard. The issue is whether the additional demand created by a government deficit is exceeding the economy’s ability to produce goods and services, leading to inflation.

There is an intermediate step in this story. If the Federal Reserve Board correctly sees excessive demand leading to inflationary pressures, then it may act to head off actual inflation by raising interest rates. In that case, the problem of a large budget deficit would be high interest rates in the economy. High interest rates will reduce demand by lowering housing construction, public and private investment, and consumption. High interest rates will also raise the value of the dollar, reducing net exports. This reduction in demand prevents inflation, but means that we will have less investment for the future.

Of course, the Fed may also raise interest rates out of a mistaken belief in inflationary risks, in which case the Fed was the cause of high interest rates, not the fact that the economy was being pushed beyond its limits. That was likely the case in 2018 when the Fed raised interest rates four times. As it turned out, there was very little evidence of accelerating inflation and wage growth peaked in early 2019, in spite of the extraordinarily low unemployment rate last year.

Anyhow, the immediate concern with large budget deficits is whether they are leading to too much demand in the economy, and therefore generating either high inflation or high interest rates. Ordinarily, a $2 trillion boost to demand (roughly 10 percent of GDP) would lead to a serious problem of inflation, especially with an economy operating at 3.6 percent unemployment. However, tens of millions of workers are now losing their paychecks, so consumption demand would be collapsing without the additional spending and tax cuts. The purpose of this rescue plan is to allow families to more or less keep themselves whole through a period in which large segments of the economy are shut down.

There is actually a possibility that this could lead to inflation, as people are competing for a relatively limited supply of goods and services. Thus far, there have been shortages of fairly narrow categories of items, such as toilet paper, cleaning supplies, and other items seeing unusually high demand as a result of the pandemic.

Many stores have looked to ration sales, rather than jack up prices, limiting the inflation coming from these sectors. However, that could change if the shutdowns are prolonged or if other links in the supply chain began to fray. For example, if we see a big falloff in the number of truckers willing to drive through the crisis, we may see widespread shortages of a wide range of items. That could lead to a serious problem with inflation.

However, even in this case, the budget deficit is not really the cause of the problem. We may face shortages of food, drugs, and all sorts of other items, which would result in higher prices because the government is giving people money to buy these things, but the shortages would still be there without the budget deficits. In that case, large numbers of people who are now getting unemployment insurance and other forms of income support in the shutdown period, simply would not be able to buy anything, thereby eliminating the demand and price pressure.

The additional spending in the rescue package is essentially about allowing people to pay for food, rent, and other necessities until they are able to return to work. We don’t really have any alternative unless we are prepared to see mass impoverishment. The extent to which this leads to serious problems with inflation will depend on our ability to maintain the flow of essential goods and services through a shutdown period. If we can do that, then the large deficit will not be a problem.

The Debt Burden on Our Children

The other part of the big deficit story is that we are adding more than $2 trillion to the debt that our children and grandchildren will have to pay off, or so the story goes. While that may sound scary, there are several points to keep in mind.

First, this is not a case of our children paying the money to us, it is a case of some of our children paying money to other of our children. At some point, everyone who is alive today will be dead.  At that point, the interest will be paid to whoever happened to inherit the bonds. So, the burden created by the debt is not really our kids paying interest on government bonds to us, the problem is that most of our kids will be paying interest to the heirs of Bill Gates, Jeff Bezos, and other wealthy people. That is not an inter-generational problem, it is an intragenerational problem.

It is also important to keep our eye on the ball. The burden of the debt, insofar as there is one, is the amount of money that we are paying out each year in interest to service the debt. In spite of our high debt-to-GDP ratio, that figure is actually quite low now, around 1.5 percent of GDP. That compares to an interest burden of more than 3.0 percent of GDP in the early and mid-1990s.

The reason the burden is so low is that interest rates are low. Also, much of the debt is held by the Fed. In that case, the Treasury is paying interest on bonds to the Fed, which then rebates it to the Treasury. That debt imposes no burden whatsoever.

An interesting guidepost in this story is Japan, which now has a debt-to-GDP ratio of close to 250 percent. Its interest burden is essentially zero, as investors actually pay the government to lend it money.

A second aspect to this issue is that our deficit hawks are very selective on what burdens they want policymakers to focus on. The accrual of debt is only one way that the government commits us to future payments.

When it gives out patent and copyright monopolies it is also committing us to future payments, as the holders of these monopolies will be extracting rents for many years. These rents can be thought of like privately collected taxes. In effect, we are allowing Pfizer to collect a tax on drugs and Microsoft to collect a tax on software as payment for the research and development expenses they incurred to develop these products.

These rents dwarf the size of our interest payments on the debt. In the case of prescription drugs alone, the gap between the price we pay with patents and other protections and the free market price is close to $400 billion a year, or 1.8 percent of GDP. If we add in the rents on medical equipment, computer software, fertilizers, pesticides, and other chemicals, and various other areas, it likely exceeds $1 trillion annually, or 4.5 percent of GDP.

We can argue about the merits of the patent and copyright systems (I am not a fan, see Rigged [it’s free] chapter 5), but there is literally no logical basis for excluding the burdens created as a result of government-granted patent and copyright monopolies when talking about the burden of the government debt. The decision by deficit hawks not to include these rents in calculating future burdens can only be explained by political motivations, where they don’t want to bring huge rents earned by large corporations into the discussion.

Finally, if we are seriously talking about the burdens we impose on our children, we have to talk about the whole society we pass down. If we pay off the national debt but do nothing to slow global warming, our children and grandchildren have every right to hate us and laugh in our face if we tell them about how we paid off the debt.

Basically, the debt tells us nothing about generational equity. That is a simple point that it is long past time that we learned, and then we can teach our children.