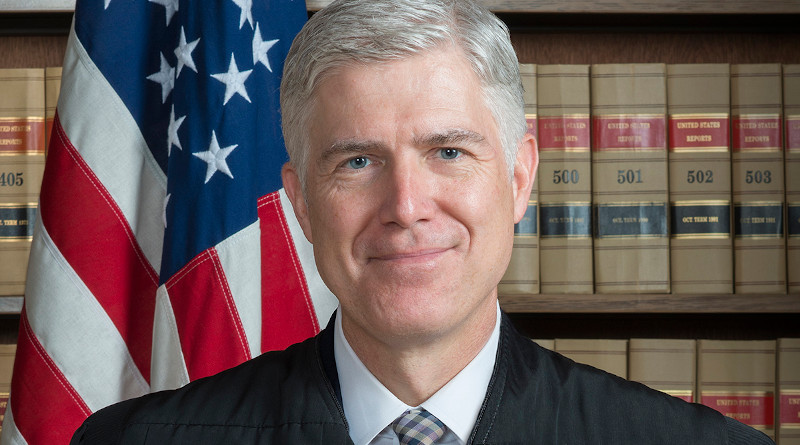 The Supreme Court’s recent opinion that the 1964 Civil Rights Act’s prohibition against “sex” discrimination offers protections for the “LGBT” groups has raised eyebrows and ire. But it’s not surprising: The decision’s author, Justice Neil Gorsuch, long ago made clear that he operates from false premises. One of these is what’s called “textualism,” which is not at all the same as originalism.

Conservatives also err, in my view, in claiming that Gorsuch has “redefined ‘sex.’” In reality, his ruling is instead based on a certain rationalization. Harvard law professor Noah Feldman, while essentially applauding Gorsuch’s lawyer-craft, explained it well.

(Note: By this logic, bisexuals wouldn’t be protected because the behavior a person could be fired for — being attracted to both sexes — would be the same for both sexes. Although, some future judge will no doubt spin this, too.)

Now, realize that the above isn’t even necessarily dictated by textualism, the legal theory holding that a law’s application should be based on a plain reading of its text, as opposed to its framers’ original intent or some other guide. After all, there’s a difference between discriminating “on the basis of sex” and on the basis of sexual attraction or “gender identification.”

Not only is the same true of so-called “transgenderism” — an employer could reject all people identifying as the sex they’re not — but there’s another factor: The business owner could simply be rejecting anyone who misrepresents himself.

Some may now respond that a man claiming womanhood really is a woman. But this proposition’s validity is irrelevant. The fact remains that the hypothetical employer is discriminating based on perceived misrepresentation, not sex. This is just as how an employer rejecting someone with “species dysphoria,” who claims to be a ferret, isn’t discriminating based on species, but possibly misrepresentation or concerns about the prospective hire’s mental stability. (Though Gorsuch would no doubt say that such discrimination is okay because the employer wouldn’t hire an actual ferret, either.)

Of course, some will still prefer Gorsuch’s argument. Yet this conflict and confusion merely illustrate how textualism doesn’t live up to its billing. Late Justice Antonin Scalia is known for pushing the theory (one of his great mistakes), which he did because in “his mind, textualism discouraged judges from using interpretation to make the law say something different from what the law actually said,” explained Feldman.

Yet while Scalia would no doubt disapprove of Gorsuch’s textual interpretation, this is yet another example of how there just is no simple formula for preventing judicial activism; a judge lacking intellectual honesty and philosophical soundness can always tendentiously spin a ruling.

This said, Gorsuch’s opinion might not have been rendered if he adhered to the only legitimate legal philosophy: originalism. As Justice Samuel Alito pointed out in his dissent, no one in 1964 even imagined that banning sex discrimination would include prohibitions against “homophobic” or “transphobic” discrimination; in fact, neither of these terms even existed, and “transgender” status hadn’t been conjured up yet.

By the way, Gorsuch essentially admitted as much, writing in his opinion that when “the express terms of a statute give us one answer and extratextual considerations suggest another, it’s no contest. Only the written word is the law, and all persons are entitled to its benefit.”

Moreover, he also rather haughtily insisted that “the limits of the drafters’ imagination supply no reason to ignore the law’s demands.”

Now, the contrast between textual tomfoolery and sound judicial theory can be illustrated with a simple analogy: 10-year-old twins Timmy and Oliver and five-year-old Malcolm are siblings. One day mom hears Malcolm crying wretchedly, investigates, and learns that the two older boys had been punching him.

After scolding the twins, the mother warns, “Now, stop hitting Malcolm! If you hit him again and I come in here and find him bawling, you’re gonna’ be in big trouble!”

Yet an hour later Malcolm is crying his eyes out, again. The mother learns that Oliver understood not to hurt his kid brother and that Timmy is the culprit. Instead of being contrite, however, Timmy says, “Mommy, you said not to hit Malcolm; you didn’t say anything about not choking him and twisting his arm…and that’s all I did!”

Then too-clever-by-half Timmy adds, “The limits of your imagination, mommy, are no reason to ignore your rule’s demands. Only what you said matters — and I’m entitled to the rule’s benefits!”

In the above analogy, Oliver is the originalist, understanding and accepting his mother’s command’s spirit. Timmy is the textualist, doing things not expressly forbidden by her rule’s language even while knowing it contravenes her intent.

The problem with this “philosophy” is that insofar as you don’t consider what was intended, you increase the chances of experiencing the unintended. Gorsuch’s approach is every bit as maddening as Timmy’s (because it’s the same), as it places an unrealistic burden on legislators. If their laws are to meet Gorsuch’s textualist standard for being applied as intended, the legislators must have godlike capabilities: They must see into the future so they can craft language covering every social innovation, bizarre fashion or collective insanity that may eventually, one day, manifest itself.

I don’t know Gorsuch personally, but he wouldn’t be a very pleasant person to associate with if he were a Timmy the Textualist in everyday life. Would you thus conduct yourself, parsing every friend’s words to seek a loophole and essentially punishing him for not being a seer who speaks like Mr. Spock? You’d have few friends and deserve none.

Interestingly, Gorsuch and his fellow travelers aren’t the first textualists. Two-thousand years ago they were called Pharisees, a group of pseudo-intellectuals whom Jesus excoriated for following the letter of the law, but ignoring its spirit. It’s tragic that we’re back to that, but convenient for today’s Pharisees.

It is ironic, though, that in order to avoid abiding by the intent of laws from a half century ago, some today are resorting to a mistake from two millennia ago.