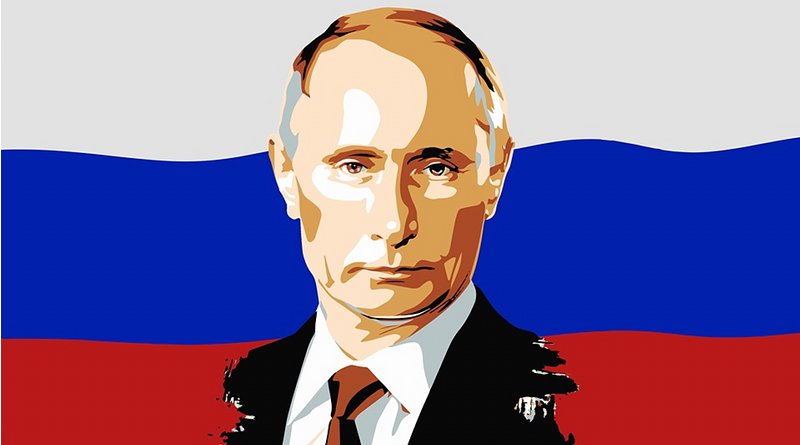 I think most of you have read Gianni Rodari’s book “Gelsomino in the Country of Liars”. If you haven’t, here’s a brief summary ­– it’s bad to lie. Even a small child knows that. But there is one country where it’s prohibited by law to say the truth. In this country, you have to subtract to add and multiply to divide.1 This is a country of lies where you are always forced to lie, otherwise Giacomone’s spies will catch you and put you in prison. Or the madhouse.

When I read this book as a child, I wondered where this country is and how fun it would be to go there. Now we know where this country is, but I don’t really want to go there anymore. At least not while king Giacomone, sorry I meant Putin, is the ruler. Putin has gone further than Giacomone – in addition to being put in prison or a mental institution you can also get killed.

Some of you will now think – Russia is once again being blamed for everything along with its crystal-clean Putin and his fair administration who only care for the wellbeing of the people and respectful relations with neighboring states. We will talk about respectful relations with neighbors a la Putin some other time. This time, let’s talk about lies – not about the pseudo-elections where turnout was attained by holding lotteries and similar events, but about lying to yourself and to your people.

When the Covid-19 pandemic began, there were reasons to assume that Russia is hiding the actual data. Back then, I wrote so based on logic and the situation in countries that didn’t hide data.

Now, my statements are backed even by Russian officials, who are most likely ashamed that the situation turned out the way it did – the mayor of Norilsk in Krasnoyarsk Kray has accused the region’s central government officials of hiding the real number of new infections along with the total number of people who have been infected with Covid-19.

Rinat Akhmetchin revealed that contrary to the officially announced 293 cases of infection, in reality there are 832 cases, and the number of pneumonia cases has increased five times among people who haven’t yet been tested for the coronavirus.2 This means that the number of cases is three times bigger than officially published. Fine, let’s be completely precise – 2.8 times.

Again, someone will argue that this is the initiative of local governments who want to portray the situation as being better than it really is. I’ll have to remind you that in nothing takes place in Russia without the approval of the central government. This has been the case since Soviet times. Therefore, these data manipulations have been approved by the Kremlin.

Someone else would say – don’t make such broad assumptions based on a single case. I agree, but we aren’t talking about a single case. Let’s look at what has already been published.

These are only some of the many articles.

We should all remember Putin’s words that there are no Russian troops in Crimea. He later admitted that, in fact, there are Russian troops there and even handed out medals “For the Return of Crimea”.

During Soviet times, everyone lied to everyone – the government to its citizens and the citizens to their government. Russia is the heir of the USSR, Putin has said so himself. This means that Russia also inherited the lies, and there is absolutely no doubt about it – the Kremlin has been caught lying numerous times. Even on the constitutional level Putin has reinforced Russia’s links with the USSR by proposing an amendment that would recognize Russia as the legal heir of the USSR.6

We can conclude that lying was allowed and even supported from one interesting fact – there were no lie detectors in the USSR. What’s the point of a lie detector, if everyone is lying? I have to add that the USSR began working on the development of a lie detector only in 1975, and the goal of it wasn’t to find out whether someone is lying, but to develop methodology so that Western intelligence services wouldn’t be able to use their lie detectors to uncover USSR agents. Russian intelligence services began actively employing lie detectors only in 1998-1999. One can only wonder what they are being used for, because as I already said everyone there is lying to everyone, especially to the public.

The conclusion – the country of liars is right next to us, and it’s Russia with its supreme leader Putin at the helm. As a true country of lies should, Russia lies about everything. How to not get lost in this maze of lies? Quite simple – everything that the Kremlin is saying is the exact opposite of truth.

We can only hope that a Gelsomino appears in Russia who will use his voice to crumble Putin’s castles of lies. After all, the Russian nation deserves to live in a country free of lies.